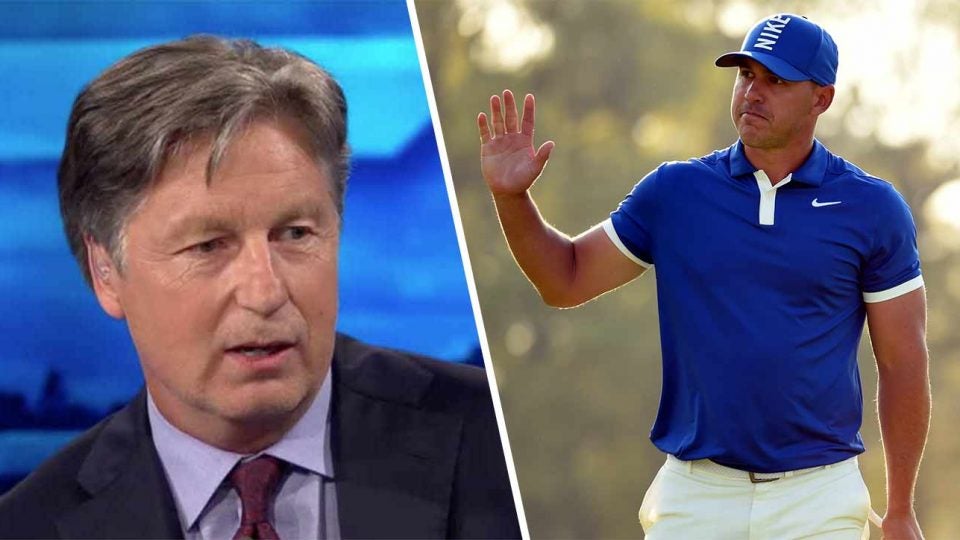 FARMINGDALE, N.Y. — A week ago, Brandel Chamblee wasn’t sure that Brooks Koepka belonged in the same group as Rory McIlroy and Dustin Johnson. After 36 holes at the PGA Championship, he’s skipping past those two to offer up far loftier comparisons.

“Often we’ll talk about a player looking confident, playing with confidence. It’s unusual for a golfer to talk so specifically predicting success. Brooks Koepka is so specifically talking about winning major championships that it almost evokes the image of Babe Ruth pointing to center field and then hitting the home run. [Or] the predictive poems of Ali, and then knocking his opponents into the twilight zone,” he said.

“Golfers are notoriously cagey for only revealing their goals after they’ve accomplished them. Part of the reverence we have for Ruth and Ali is that they were boasts certainly, but then they would back it up. Which is exactly what Brooks Koepka seems to be doing.”

The earlier Koepka comments he’s referring to involve Koepka’s penchant for zeroing in on major championships. If he wins this week, it would be his fourth major win in his last eight starts. He owns just two other PGA Tour wins. Earlier in the week, he described why he thought it was actually easier to win majors.

“One hundred fifty-six in the field, so you figure at least 80 of them I’m just going to beat,” Koepka said. “From there, the other — you figure about half of them won’t play well from there, so you’re down to about maybe 35. And then from 35, some of them just — pressure is going to get to them. It only leaves you with a few more, and you’ve just got to beat those guys.”

Koepka’s 36-hole total of 128 is an all-time major record — and puts him seven shots clear of the field. Chamblee sounded like a man who thinks the event is all but locked up.

“He’s built like Hulk Hogan and swings like Ben Hogan. I don’t know how you’re going to beat this guy. There’s something about him in major championships that you almost can’t get your arms around.”

Koepka tees off alongside Jordan Spieth in Saturday’s final pairing at 2:50 p.m.