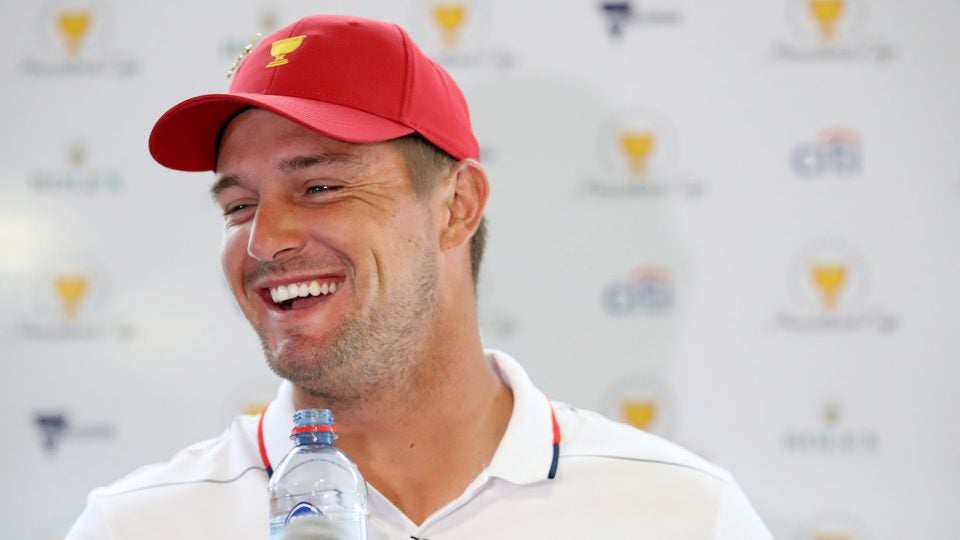 Challenge Bryson DeChambeau to hit any shot in exchange for a donation.
Getty Images

Bryson DeChambeau’s swing speed has been one of the biggest stories of the year so far. He said over the offseason he was going to prioritize bulking up and gaining distance — and he did exactly that. Bryson came back stronger than ever, swinging faster than ever, and playing great, too.

And now, he’s putting it to the test for a wonderful cause.

I’m going live on @twitch later tonight for a charity challenge, with all proceeds benefiting @FeedingAmerica. Challenge me to do any shot, and ask me anything with a donation. Looking forward to having some fun! https://t.co/KK7heaXzt2 - 6pm EST / 5pm CST TODAY pic.twitter.com/gF6Sa56JVZ

Bryson has been building something of an empire on Twitch. He streams most nights during the current layoff on his channel (twitch.tv/thebadone23), and while he started the channel to share his love of Fortnite, he’s recently started sharing golf content on the channel. Last Sunday, Bryson spent over an hour giving a bunch of fascinating insight and information to his fans.

Now, he’s hitting the range again — this time for a good cause.

He’s pairing with his sponsors Cobra Golf to do a “Speedzone” Challenge. The game is simple: You can challenge Bryson to hit any shot in exchange for a donation of your choice to Feeding America. Ever wondered if Bryson could top the ball on command, like the rest of us? Well, now’s your chance to challenge him.

It’s such a fun idea by one of the nicest guys in the game, so make sure to tune in and support a great cause.

How To Watch Bryson’s Live-Stream