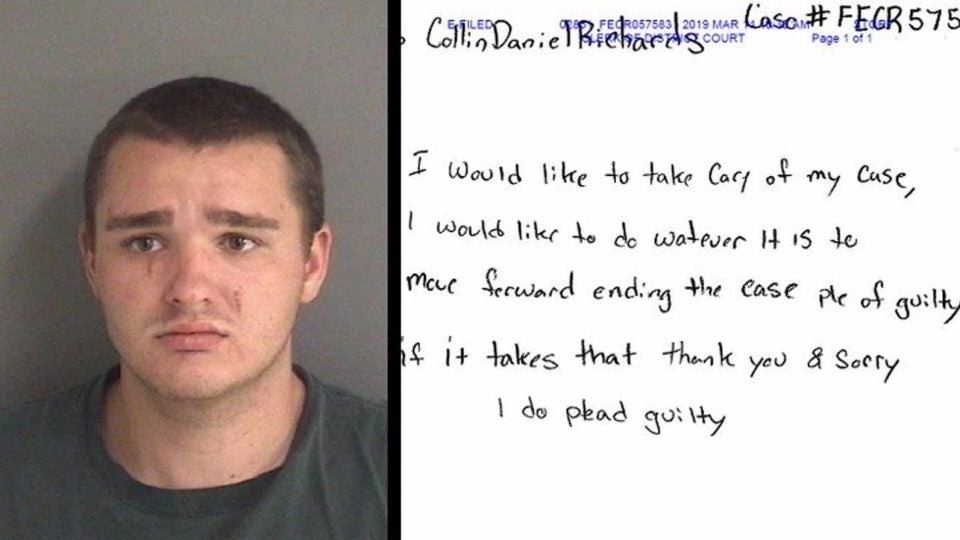 The man accused of killing former Iowa State golf star Celia Barquin Arozamena intends to plead guilty, he wrote in a letter to the judge that was reviewed Thursday.

“I would like to take care of my case, I would like to do whatever it is to move forward ending the case ple [sic] of guilty if it takes that thank you & sorry,” the suspect, Collin Richards, 22, wrote in his letter, first published by the Des Moines Register. “I do plead guilty.”

District Judge Bethany Currie has said she will take no further action on the letter for now, and neither Richards’ attorneys nor Story County’s top attorney commented further. The judge ordered attorneys to discuss the letter and decide whether to hold a hearing based on its contents. 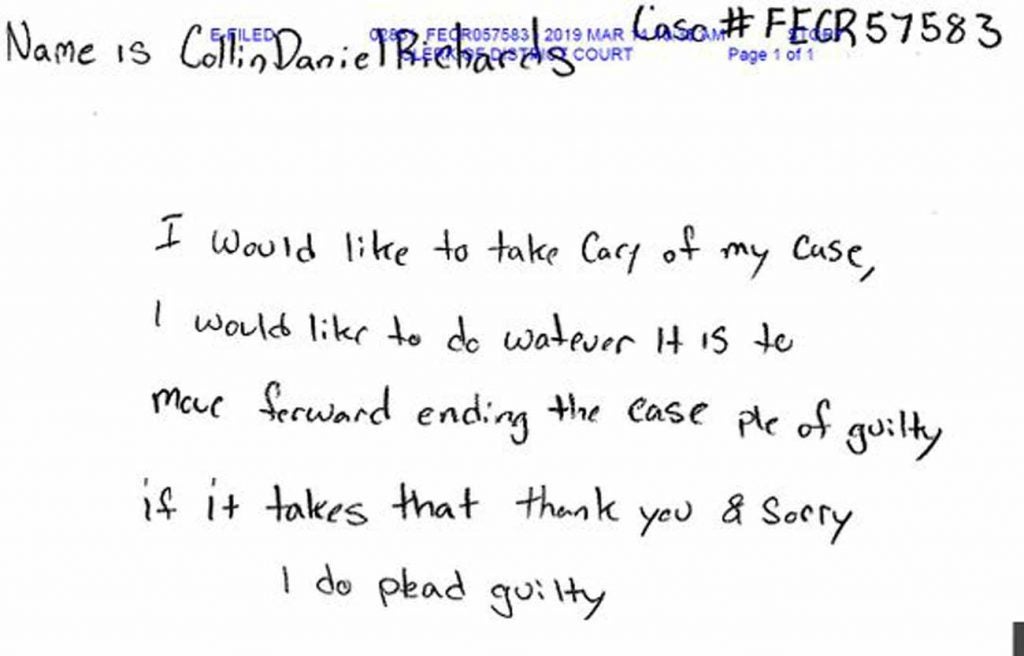 Celia Barquin Arozamena's alleged killer wrote "I do plead guilty" in a letter to the judge.
Des Moines Register

On the morning of Sept. 17, Barquin Arozamena was found dead beside the 9th hole at Coldwater Golf Links in Ames, Iowa. She had suffered multiple stab wounds. Barquin Arozamena was a beloved member of the Ames community and a star student-athlete; she was named Iowa St.’s Female Athlete of the Year in 2018 and was slated to be honored at the Cyclones’ football game the Saturday that followed her death.

Richards, who had been living at a nearby encampment in the woods, had told another man he had an urge to “rape and kill a woman” shortly before the killing.

The police recovered testimony and evidence against Richards in the aftermath of the alleged murder. When he arrived at a friend’s house later that day, he was bloody and dirty. When he came upon police officers back at the encampment, he had scratches on his face and his hand was bleeding.

Subsequent search warrants yielded knives and other physical evidence including DNA, according to police.

Features
The murder of Celia BarquÍn Arozamena was unbearable, but the deeper you dig, the more tragic it gets

Richards has pled not guilty to first-degree murder and is currently set to stand trial in September.

He is being held at Story County Jail on $5 million cash bond. If convicted, Richards faces life in prison.