#AskAlan mailbag: How legit are celebrities’ handicaps at the Pebble Beach Pro-Am?

In this installment of the #AskAlan mailbag, GOLF senior writer Alan Shipnuck fields questions about the new USGA Distance Insights Report, Tony Finau’s inability to close, the legitimacy of celebrities’ handicaps at this week’s AT&T Pebble Beach Pro-Am and much more.

I would put G-Mac number 1 on my list of “humble pros who would be awesome to have a beer with”…who would be in your top 3 Alan? -@DuneHigh

Funny that they’re all from the same island.

Isn’t the only real takeaway from the USGA distance report that the ruling bodies’ main focus is not losing another lawsuit like they did that one time 1990? Plus a teeny weeny bit of virtue signaling “not good for anybody” – well, weee’rre waiting. -@Tallboy199

I understand the frustration and share it to some degree, but the key point is that this report is not the end of the process but merely the beginning. The USGA is finally spoiling for a fight but knows it has to take it slow, giving the various stakeholders a voice while consolidating public opinion. Unlike during the era of the disastrous legal jousting over the Ping Eye 2, the USGA now has a war chest thanks to the huge Fox TV contract. More importantly, most of the golf tastemakers, in real life and on Twitter, are on their side, at least in spirit. I think change is finally coming, but we are all going to have to be patient and let the process play out.

The answer is quite simple: he’s one of the worst putters on Tour. Last season Finau ranked 125th in strokes gained putting. Over the last four seasons he’s cracked the top 100 in that stat only once. Making crucial putts while in contention on Sunday is a challenge for any player, but especially so for a guy who struggles to hole them on Thursdays. The rest of Finau’s game is so good he’s going to keep giving himself chances, but he has to find a way to get the ball in the hole a little quicker. 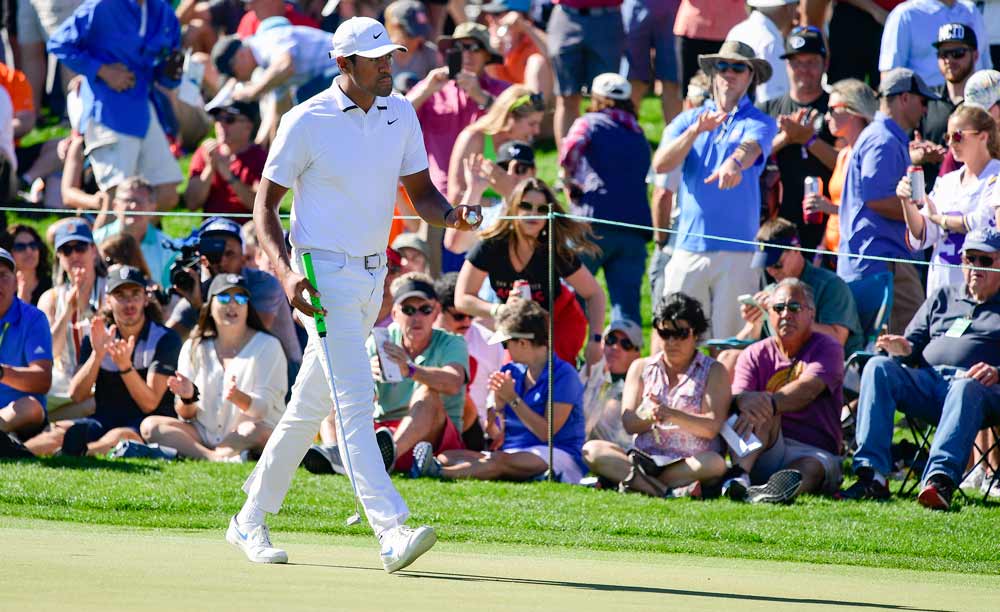 When will Tony Finau start to get the same scrutiny that Rickie Fowler gets for not being able to get a W? He has too much talent to only have one opposite field win. -@War_Eagle1991

The big difference is the Rickie arrived on Tour riding a tsunami of hype, fueled by a blockbuster amateur career and huge endorsement deals. Finau is a late bloomer who’s been an underdog his whole life. So, fair or not, the expectations have always been wildly different for them.

Why is the 16th hole at TPC Scottsdale not used as a playoff hole instead of 18? Seems like such an obvious move. -@atf8912

Because the Tour doesn’t want the entire tournament decided by ill-timed bellowing of drunken frat boys.

If you were going to put a stadium hole à la #16 at Phoenix at Pebble Beach for the Pro-Am, which hole would you pick? -@WillotheGlen

I think it has to be the par-3 12th. There’s a ton of room down the left side and behind the green and just enough space on the right side for a slender bleacher to enclose the hole. It’s a tough shot but not really an exciting one and this would definitely add some juice. It also gets fans to the that edge of the course, where many never go. All that’s missing are energetic young people and a party atmosphere. Is there such a thing as a staid stadium hole?

How legit are the handicaps used in this week’s Pro-Am? Are they taken directly from each player’s USGA index or is a fudge factor involved? -@mdstoner

They’re pretty legit. Each amateur must submit lots of data about their index, but it can go deeper than that; it’s a golfy crowd, and the committee that oversees the tournament handicaps is extremely well-connected, so sometimes calls get made to head pros, friends of friends and others for additional intel.

Generally, each amateur will get a bump, so a 6.3 will play as a 7 for the Clambake, or perhaps an 8. (Conspiracy theorists note that the celebrities always get the maximum bump because the tournament folks want them to make the cut.) The bump is a nod to the difficulty of the host venues, the pressure of playing in front of crowds and pros, the lack of mulligans and gimmes, etc.

But it’s not an exact science. For his first Clambake, in 1997, Andy Garcia was a 15.5 index who was bumped to an 18. In the month before the tournament Garcia played golf nearly every day and took lessons on the swing and short-game. “My game really accelerated,” he once told me. He wound up shooting some low scores, especially during the second round at Poppy Hills, during which Garcia made three natural birdies and contributed nine strokes to what would be a Pro-Am record score of 43 under par. The next year, and every year after that, he played as a 10. 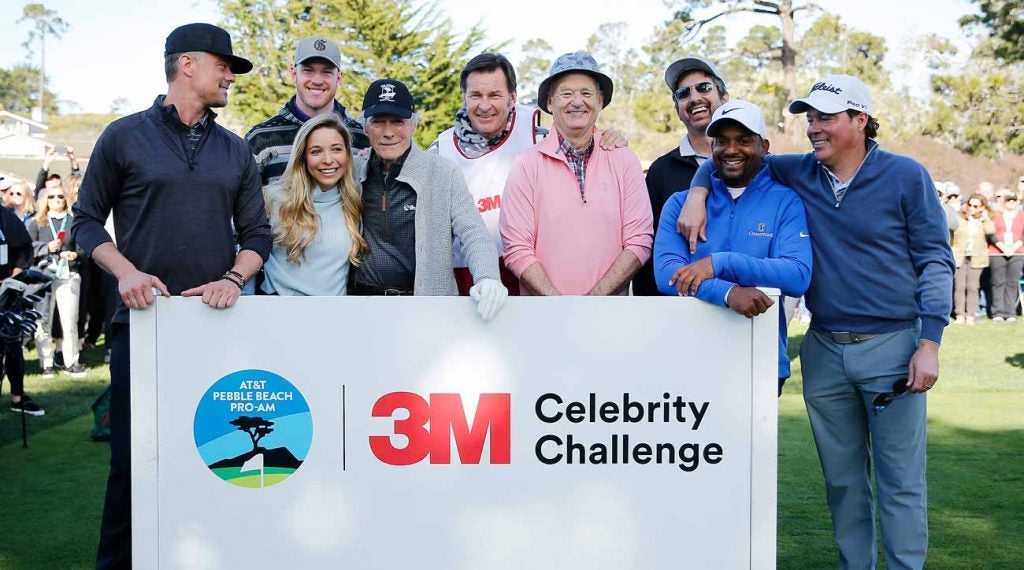 Given that the rightful outrage seemed to have died down quite a bit, and the names that are willing to line their pockets are becoming bigger: is the sportswashing by the Saudi regime a success? -@mashnl

Clearly. There has been plenty of outrage over the last year plus, but at some point it gets repetitive and we all move on, which, of course, is exactly what the Saudis are counting on. Professional golfers, by definition, play for money. Saudi Arabia has taken it to the illogical extreme. But as I’ve noted before, without the filthy lucre from authoritarian regimes, the European Tour might go out of business. Do we want pro golfers to entertain us every week or to develop a conscience? For the modern Tour pro, these two things are increasingly mutually exclusive.

You’ve played and covered tournaments on the world’s best courses, what is your favorite par-3, par-4 and par-5? Just one of each. -@SteveThomsonMN

Par-3: 16th at Cypress Point. It’s not an original answer but the anticipation of playing it, the long walk to the tee culminating in the crescendo of the view, the do-or-die nature of the shot…nothing really compares to the thrill of this hole. Sorry, Steve, but I feel compelled to provide a few honorable mentions: No. 5 at Royal Melbourne West, the Postage Stamp at Royal Troon, the 11th at MPCC Shore, No. 3 at Pasatiempo, 15 at Cypress Point, 10 at Friars Head, 11 at Shinnecock, and 9 at Turnberry.

Par-5: 18 at Pebble Beach. It begins with one of the most heart-pounding drives on the planet. The second shot asks a very difficult question: hug the left side, bringing sand and ocean into play but offering the best angle, or bail out and have to deal with the tree right of the green. Then a tough little shot to a green full of subtleties. Honorable mention: 7 at Pine Valley, 13 at Augusta National, 6 at Pebble Beach, 6 at MPCC Shore, 1 at Doonbeg, 14 at Friar’s Head, 18 at Kapalua, and 12 at Kingsbarns.