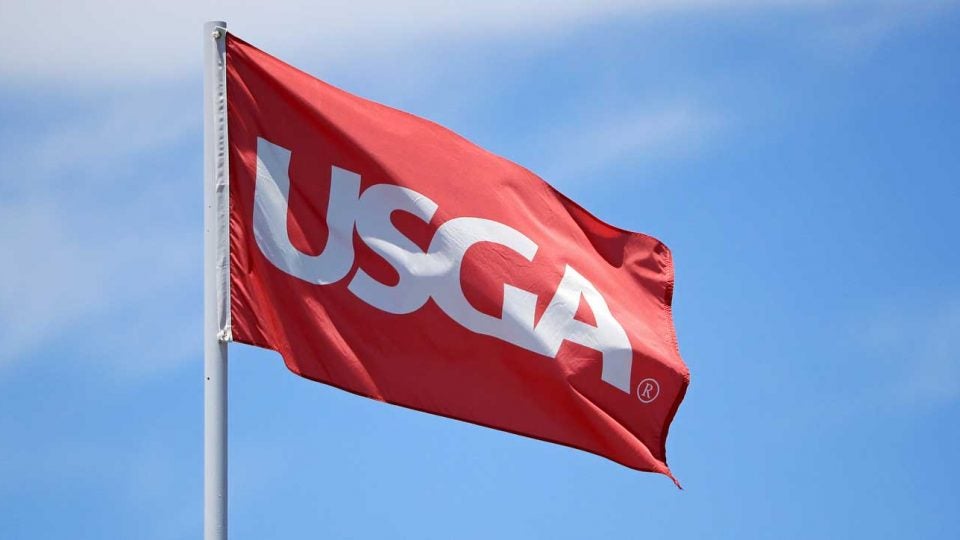 The USGA released several conclusions from its distance report on Tuesday.
Getty Images

On Tuesday, the USGA and R&A released key findings from their multi-year Distance Insights Project. A “library” of their entire findings will be put online (here), which consists of 56 documents and thousands of pages for people who want to go all-in on their methodology and the data behind their findings. While we welcome all GOLF.com readers to do just that, we wanted to provide an alternative, too, to help you wade through their findings.

With that in mind, here are 10 takeaways from the Distance Insights Project:

1. Hitting distance has increased, and it’s going to continue increasing in the future

The first conclusion is, in some ways, the most foundational. The USGA and R&A are concerned that golfers are hitting the ball farther than ever — that’s the basis for the rest of their report. Some findings:

The report doesn’t just attribute the gains to changes in equipment, citing “player improvements” and “course conditions” as contributing factors.

2. Golf courses have gotten longer, and they’re going to continue getting longer

This squares with our findings at No. 1: As players have hit the ball farther, the playing fields have grown accordingly. Some numbers:

Golf course footprints have grown substantially over time, the report states, and that trend shows no real signs of slowing down, despite obvious constraints some courses face.

3. That combination — longer drives and bigger golf courses — is “detrimental to golf’s future”

This is where the report’s language gets pretty serious, and I’ve borrowed here from USGA CEO Mike Davis himself, who told GOLF.com on a call that, “This continuing cycle of hitting increases and golf courses getting longer is detrimental to golf’s future.”

That’s a significant stance. As governing bodies, the USGA and R&A are charged with protecting and growing the game. So if they acknowledge that current trends are detrimental for the future of the game, it’s incumbent on them to do something about those trends.

Tournaments
Here’s the *real* goal of the new distance report, according to Nick Price

4. There are a number of reasons this is bad for golf’s future…

Let’s get specific, shall we? If you’re familiar with the distance debate, you’ve likely thought about these issues — but there’s still something different about the USGA and R&A laying them out. A sampling of issues that crop up as golfers overpower their courses:

-Increased hitting distance can impact a golf course’s strategic elements. Bunkers can get taken out of play, there can be a lesser variety of shots and the game gets less desirable to play as a result.

-It’s expensive to build bigger courses. It requires acquiring land, maintaining more land, building new tees, adding in construction costs — and the golfers end up bearing that cost. Profit margins are razor-thin at many courses these days, so every little difference can be a big deal.

-There are also environmental concerns that come with a demand for more resources. Increased water and chemical use, increased land usage, decreased wildlife and habitat protection and greater energy usage.

“Continuing increases in overall hitting distances will not make golf a better game as a whole,” the report reads. “For example, while it is remarkable that long-drive competitors can hit a ball as much as 400+ yards, golf would not be a better sport if anything close to that became a norm for play or if course lengths increased to match it.”

5. Intermission! On a different note, courses should have shorter options, too

This makes sort of the opposite point, but still interesting. The USGA found that many amateurs play from a set of tees that is too long for them. Sometimes that’s because the forward most tees — which average 5,200-5,300 yards — are still too long. As a result, those golfers “are not offered the same type of playing experience as others on the same hole.” A refreshing counterpoint to the rest of our talking points: If you’ll enjoy it, play a shorter golf course!

6. The USGA/R&A don’t really want to roll the equipment back to a certain era

As we’ll make it clear in Nos. 6-10, there were no clear solutions provided from this project, but the USGA did give a few hints. Some members of the general public have lobbied for rolling back equipment specs — drivers, golf balls, other — to a specific point in time, like the specs of the 1980s or ’90s, but it doesn’t sound like the USGA has much interest in that.

“We’re not looking backwards to some bygone era,” Davis told GOLF.com. “We want to work with the industry and do what’s right for the game short-term and long-term.”

7. Nor do the governing bodies want bifurcation

After reading the report, one thing we wanted to clarify with Davis was the USGA’s stance on bifurcation — the idea that elite players and pros could play with a different set of rules governing their equipment. Davis confirmed that the USGA is not looking for a long-term bifurcation solution. “We play under a single set of rules, we believe in that strongly, it’s a strength and virtue of the game and we’re steadfast in retaining that,” he said.

Still, the USGA/R&A did announce that they’re assessing the installation of a new local rule that would allow specific courses or tournaments to use equipment that would result in shorter hitting distances. A short course, for example, could use a limited-flight golf ball in a tournament and still follow the rules.

8. They’re going to take their time figuring out next steps

We see you rolling your eyes, but the USGA likes to play these things a little bit on the slow side. “After this process is complete, 9-12 months from mid-March, we anticipate releasing a set of solutions,” a representative from the USGA told GOLF.com. “Those include changing equipment specifications, and that’s when we’d propose specific rules changes. This is a long-term play, a multi-year process.”

In other words: get comfortable. We’re not going anywhere for a while.

9. And they’re not providing any solutions right now

This much was made explicitly clear. This information-gathering project was intended to lay out the problem that needs addressing, but USGA executives emphasized that at the moment, they’re not pushing any specific solution.  Still, they did strongly imply that at some point they’ll dish out some reckoning. “We do anticipate some forthcoming solutions,” the report reads. “We’re going to review the specs for both clubs and balls. Those will both directly and indirectly affect distance.”

Mike Davis led our call with a reminder that the golf world has been discussing distance for at least a century. But thin profit margins and increased scrutiny on resources mean that there’s more pressure on golf courses than ever. No, this report doesn’t lay out exactly how the USGA plans to combat the distance issue, and they’re quick to point out they don’t want to move too fast nor radically roll back distance. But the project does establish their commitment to tackling distance head-on. Something, it seems, will happen.

To quote the USGA: “We’ve identified a problem and we’re looking to have discussions that will involve looking at specific solutions.” Now comes the hard part.

You can hear more about the real implications of the Distance Insights Report on the Drop Zone podcast.