Brady Riggs is a GOLF Top 100 Teacher based out of Woodley Lakes Golf Course in Van Nuys, Calif. He’s taught amateurs and professionals on the PGA Tour, LPGA, Champions Tour and more. One of his students, Brandon Hagy, ranked third on the PGA Tour in driving distance for the 2016-17 season. You can visit Riggs’s website here.

What becomes quite obvious to anyone taking an honest look at the video Tiger tweeted on Sunday — the first time he publicly has hit driver since his fourth back surgery in April — is that he can’t move his body anywhere close to his glory days.

As you can see in the photo below, his hips lack rotation through impact, the right foot isn’t using the ground as well as before and his feet are more or less glued to the grass. These issues all circle back to the current crisis—he can’t separate the rotation and ultimately the sequence of his body as the backswing is completed and the downswing begins.

Tour players create crazy speed in their golf swing by moving the upper back and shoulders toward the target at the end of the backswing while the lower body takes off towards impact. This “double directional” swing is extremely powerful, but only if your body can take it.

Tiger’s future won’t be found in his past. In my opinion he is capable of playing some extremely good golf, but he has to be willing to use his hands and arms considerably more than he used to. His body is beat up, so the days of ripping the driver as hard as possible are over. As his physical health improves he will be able to incorporate more separation between the upper and lower body. In the interim, he can be very effective—just not nearly as powerful. Most Champions Tour players naturally incorporate more hands and arms in their swing as their bodies age. Tiger will have to be cautious until he works back to full fitness.

The good news is he has a great coach in Chris Como, and Woods seems to be taking his time to come back and is genuinely positive, perhaps even giddy about competing again.

But if there’s one thing we have learned about Tiger over the years it’s that he is capable of the profoundly absurd. Here’s to hoping for another entry in his book. 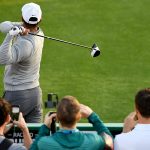 You may also like Tour Confidential: With Tiger now hitting driver, will he return sooner than expected?