Caitlyn Jenner Holes Out for Eagle at ANA Inspiration Pro-Am 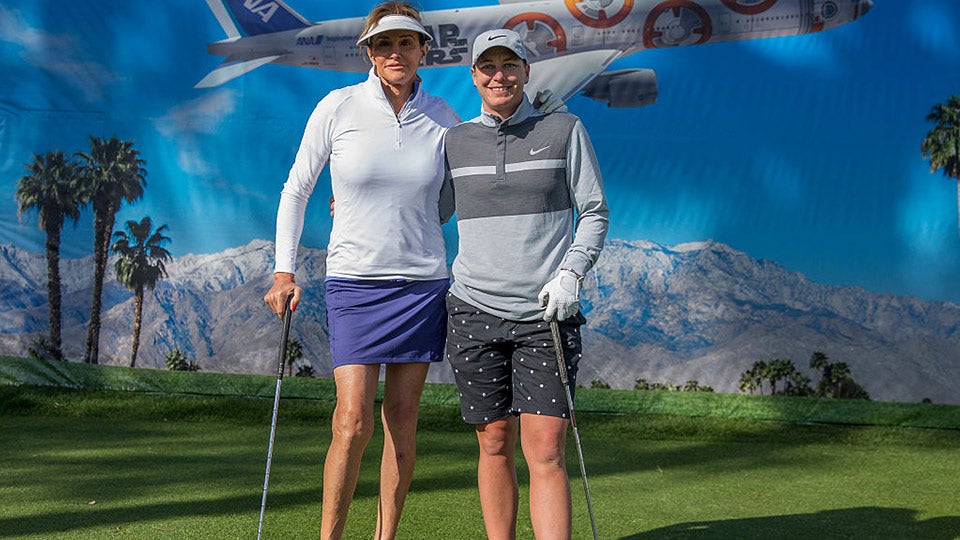 Caitlyn Jenner and Abby Wambach pose for a photo on the 8th hole during the LPGA's ANA Inspiration Pro-Am at Mission Hills Country Club on March 30, 2016 in Rancho Mirage, California.
©2016Kelly Kline

Caitlyn Jenner made her first appearance at a tournament pro-am post-transition this week at the ANA Inspiration. The famously competitive golfer didn’t disappoint, holing out for eagle on the first hole. American soccer star Abby Wambach, part of Jenner’s group, cheered her on.

For the most part, both fans and players at the LPGA’s first major were enthusiastic supporters of the Olympian’s presence at the event, according to Golfweek. And Jenner could count on at least one familiar face at the tournament: Danielle Kang, who has known her for six years. Kang and Jenner met at the Sherwood Country Club.

Jenner also said that her putting has improved since her transition, crediting a larger chest size with helping her achieve a more anchored putting stroke.