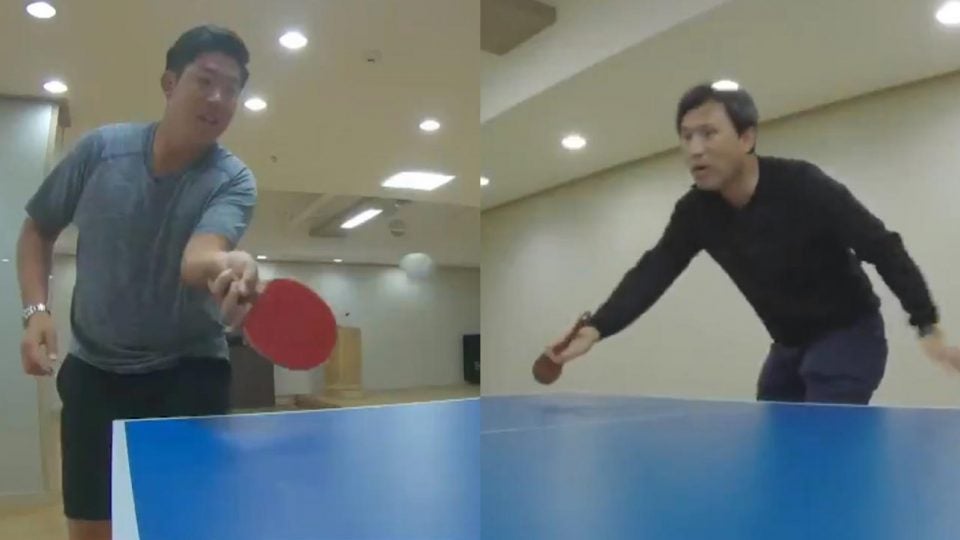 The PGA Tour’s annual CJ Cup at Nine Bridges tournament offers Korean players on Tour a chance to play in front of their families in their home country. For Byeong Hun An this week, it presented the opportunity to face off against his table tennis champion father in a ping pong match.

Though he has yet to secure a PGA Tour victory, An is no slouch on the golf course. He became the youngest-ever U.S. Amateur champion when he triumphed at the event at just 17 years old. He also won the 2015 BMW PGA Championship, one of the biggest events on the European Tour schedule.

But on the ping pong table, An doesn’t have the same prowess, at least not compared to his decorated dad, Ahn Jae-hyung. Ahn is a former South Korean table tennis player who represented the country at the 1988 Summer Olympics in Seoul (his mother, Jiao Zhimin, won bronze and silver medals in table tennis at the same Olympics).

Now that his son is back to play the sport he mastered on home soil, Ahn decided to challenge him to a ping pong match, one that was captured on video by the PGA Tour. But there was a catch. Byeong Hun knew he had no chance to beat his father based on past performance.

“When I play against him with a normal racket, if I score one point that’s huge,” An says, “and I never score more than two points a game.”

Since Ping Pong doesn’t have a handicap system like golf, An made his dad use a big spoon instead of a racket to make things interesting. And it seems to have worked.

“With him playing with one big spoon and me playing with a normal racket it was extra fun,” An says in the video. “And it paid out I think… I won today.”

Ping pong ... with a spoon. 😧@ByeongHunAn's dad was an olympic medalist in table tennis ... and Ben has yet to win against him. 🤝 pic.twitter.com/7j2SCc5FVJ