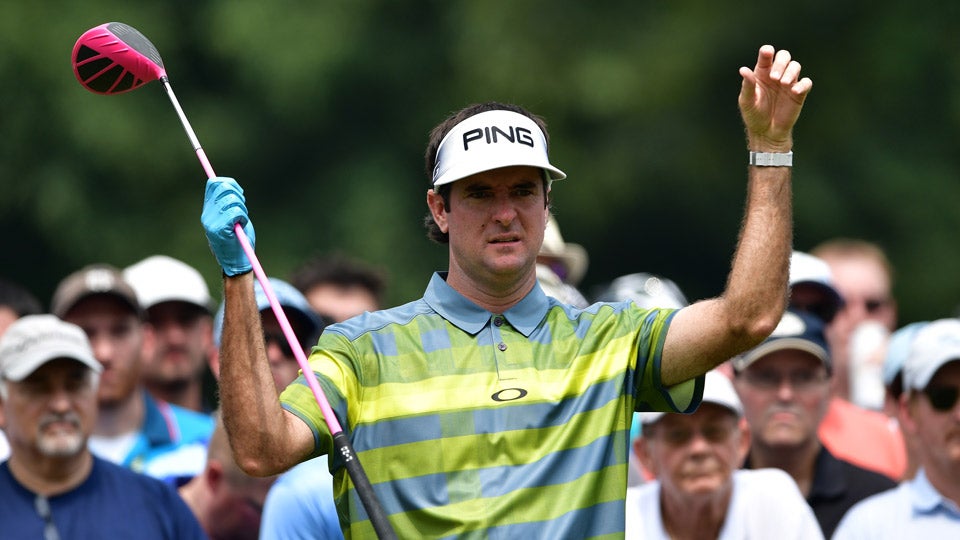 Bubba Watson during the third round of the 2016 PGA Championship.
Getty Images

The New Jersey spectators at Baltusrol have been getting a little rowdy during the PGA Championship, often resulting in fans shouting just after (or during) pros’ swings. The thinner-skinned Tour pros have decided these outbursts warrant a response.

Bubba Watson shouted back at a faceless fan after someone yelled during his swing on the 12th tee during the third round. Bubba’s caddie Ted Scott then backed up his employer, saying “Go back and watch in your grandma’s basement, you’re better there. Tweet about it.”

Unfortunately for Bubba, the incident at the 12th began a stretch of three bogeys in four holes, dropping Watson back to even par. Check out the video below.