WATCH: Bryson DeChambeau unravels down the stretch, loses in Germany 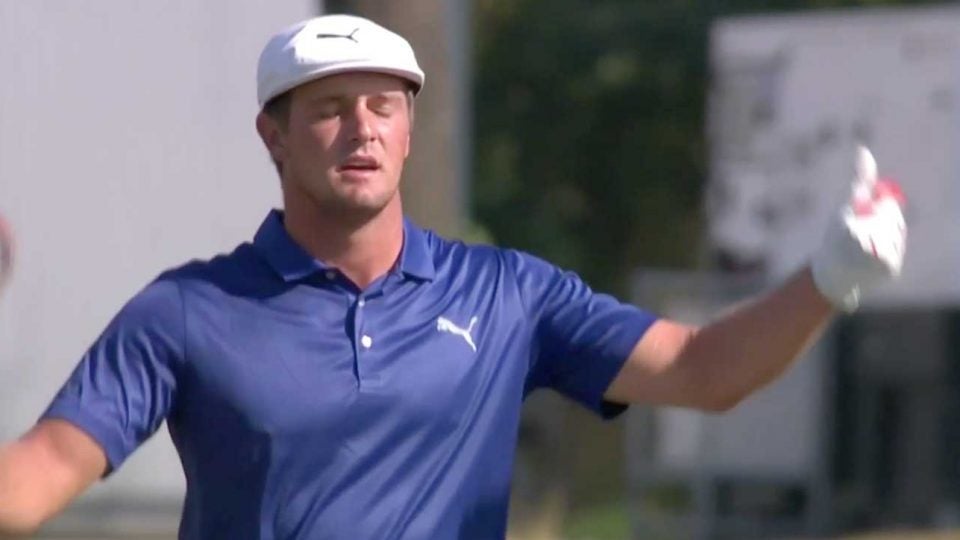 Bryson DeChambeau reacts after dumping a shot into the water on Sunday in Germany.
Golf Channel

Bryson DeChambeau played the final four holes of the Porsche European Open in five over par on Sunday at Green Eagle Golf Course in Winsen, Germany, losing his lead and handing the title to Richard McEvoy.

McEvoy shot 73 and finished 11 under to win by one, and DeChambeau, who closed with a 78, slid all the way down into a tie for 13th.

DeChambeau led at 11 under with four holes to play, but his second shot on the par-5 15th found the water and led to a bogey. A drive that sailed well right and into a hazard on the par-5 16th led to another bogey, and all of a sudden he was two back of McEvoy.

The 24-year-old wasn’t able to turn it around on the final two holes. He missed the green on the par-3 17th but got up and down for par, and on 18 — a par 5 he birdied all week — he hooked his drive left into the water. His next shot found the water as well, and after missing a short putt for double he quickly congratulated McEvoy and stormed off the green.

You can watch DeChambeau’s final four holes below. Patrick Reed was also in the field and tied for 9th.