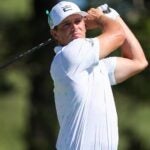 Bryson DeChambeau’s return from injury was brief. The 2020 U.S. Open champion will undergo surgery on his hamate bone in his left hand, according to his agent, Brett Falkoff.

“We look forward to a smooth recovery and rehab process,” a statement read. “Bryson looks forward to returning as soon as he is cleared to do so.”

The surgery, which is scheduled for Thursday, was first reported by Sports Illustrated.

At Augusta National, DeChambeau explained the extent of the injuries. The hip issue started two years ago when he was speed training on concrete and slipped while swinging over 200 mph, and he reaggravated it when he slipped while playing ping-pong at the Saudi International in early February. That fall is also when his hand issue got worse; it had been a minor bother for a few months until then.

He returned at the World Golf Championships-Dell Technologies Match Play but didn’t advance out of pool play. He then missed the cut the next two weeks, at the Valero Texas Open and the Masters.

“I’m probably around 80, 80 percent right now,” DeChambeau said at the Masters. “I can’t go all-out. I can’t do any speed training sessions. I can’t practice for excessive hours like I have to figure stuff out.”

DeChambeau, GOLF’s Playing Editor, came back from his bone fracture after about two months, although said at Augusta it usually takes four months.

“[Doctors] recommended that I don’t come back for a while,” he said. “They said if you go out and hit golf balls and you feel somewhat comfortable, you consider it, and they are like, you should really let it heal.”

The surgery means DeChambeau will likely miss the PGA Championship in May. The next major is the U.S. Open June 16-19, which would be a more realistic return target.