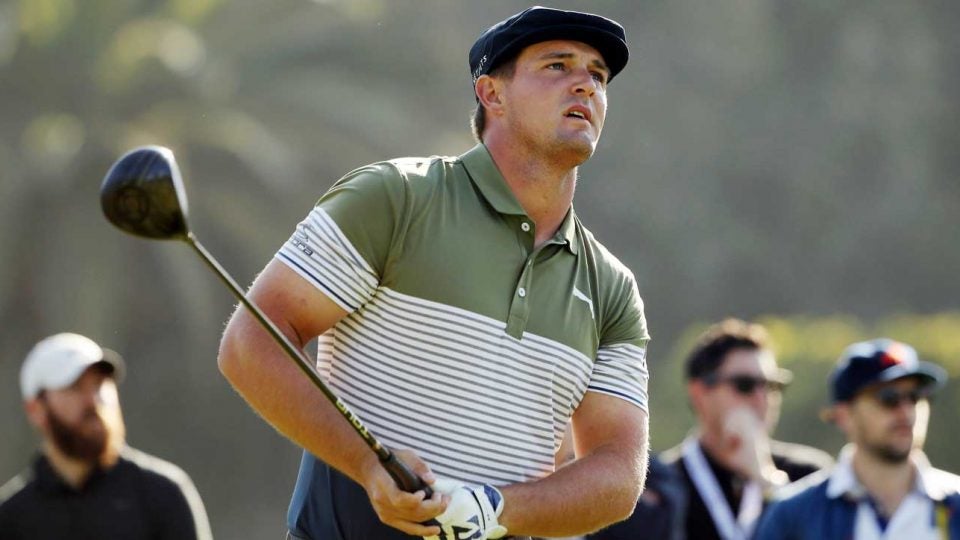 Bryson DeChambeau is feeling plenty confident after a T5 finish at the Genesis Invitational.
Getty Images

PACIFIC PALISADES, Calif. — “My game’s getting better. I’m hitting it a lot farther.” So said Bryson DeChambeau, who delivered the two statements as though they were synonymous. Maybe they are.

DeChambeau shot a final-round two-under 69 to finish T5 at the Genesis Invitational, his best result since he took some time away from the course over the winter to bulk up, chasing distance and power. He returned at the Hero World Challenge some 25 pounds heavier, promising higher swing speed and longer carries.

He showed off the distance gains at the Waste Management Phoenix Open, where he led the field in driving distance — but finished T52. This week, though, DeChambeau rode some top-tier driving to the first page of the leaderboard.

“Absolutely. There’s no doubt about that in my mind. I’m excited for the future,” he said. The keys? A body that feels healthier than ever, a slightly heavier driver that keeps the ball in the park, and an improving wedge game that’s gone from “amateur” to “professional,” he says.

But that didn’t mean DeChambeau was satisfied with everything.

“I was so surprised I didn’t clear the bunker on 17 today,” he said. The bunker in question required about a 315 carry; DeChambeau’s tee shot flew 308. “You know, my speed’s gone down just a little bit, maybe just because I’ve been playing a lot of golf and haven’t been able to speed train like I want to,” he said.

DeChambeau finished his tournament with a strong back nine that included an eagle at 11 and closing birdies at 16 and 17, allowing him to climb into a share of 5th with Rory McIlroy — the best driver on Tour.