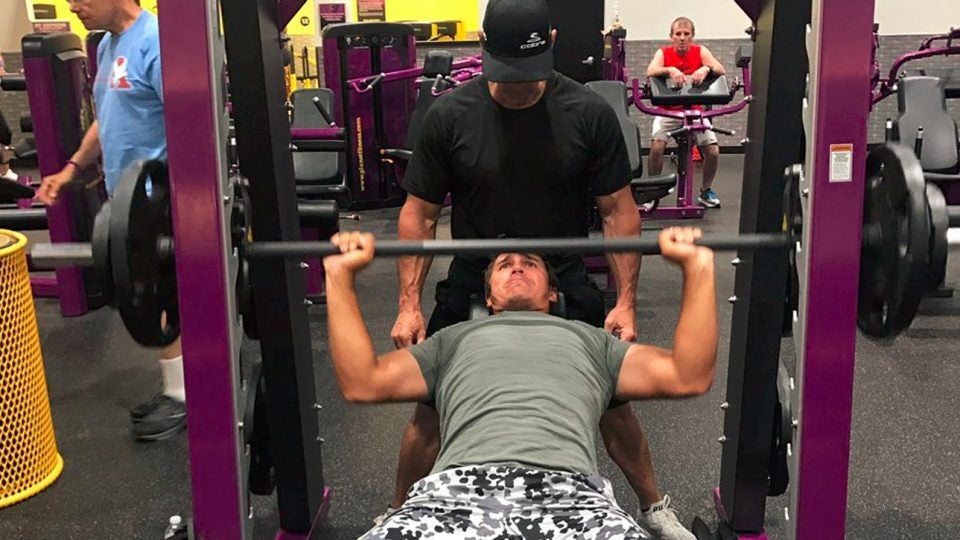 Brooks Koepka lifts weights Sunday morning before the final round of the U.S. Open.
@CH3golf

There was a lot of talk this week from old timers about how different the course setup was at Erin Hills compared to the tiny fairways, baked-out greens and thick rough of U.S. Opens past. But the biggest difference between the modern game and pro golf of yore takes place in the gym, and it was on full display Sunday morning.

Just hours before his final round tee time at the U.S. Open, soon-to-be-champion Brooks Koepka wasn’t relaxing with friends, stressing out in front of the TV, or hitting thousands of balls on the driving range. He was getting a workout in, a heavy-duty workout.

Koepka’s coach Claude Harmon III tweeted a photo of Koepka in a gym Sunday morning bench-pressing a large amount of weight with the message, “For those who still don’t believe golfers are athletes, Sunday morning at a Major! @BKoepka @CoachJoeyD.“

For those who still don’t believe golfers are athletes, Sunday morning at a Major! @BKoepka @CoachJoeyD pic.twitter.com/BCd4OwZml2

Koepka, of course, would eventually leave the gym and go on to fire a final-round 67 to win his first major by four strokes.