If Brooks Koepka only played majors, his world rank would still be insanely high 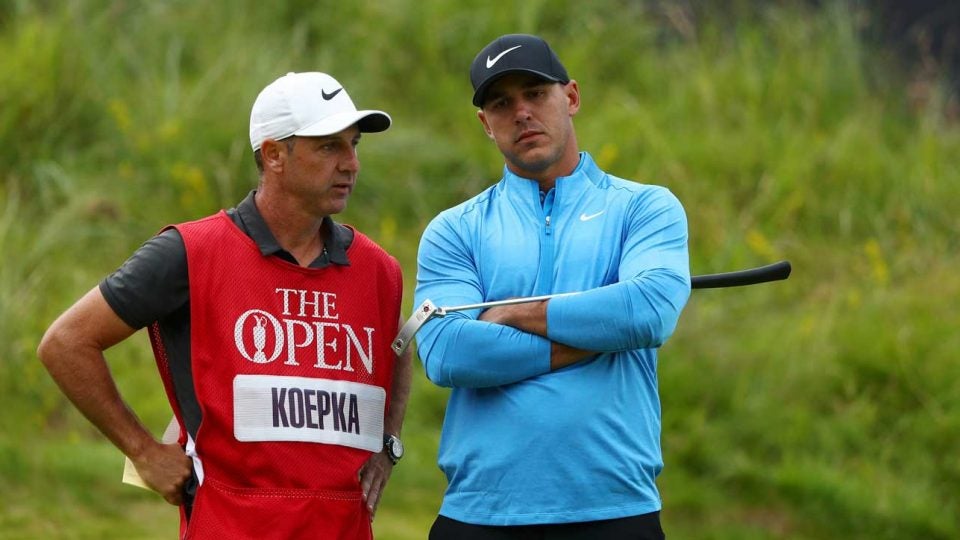 Brooks Koepka and his caddie Ricky Elliott talk over a shot at the Open Championship.
Getty Images

Ah, another major, another great performance from Brooks Koepka. Sounds familiar, doesn’t it?

Koepka didn’t have his best stuff on Sunday at Royal Portrush — really, no one who played near contention did — but he did scratch out another great finish, tying for fourth with Lee Westwood. It marks the end of another dominant majors season for BK, and he’s earned his No. 1 spot in the World Ranking — although it’s come largely from his major performances alone.

The golf world remains puzzled why Koepka’s dominance in majors has not directly translated to normal Tour events. After finishing second at the U.S. Open, Koepka finished T57 and 65th at the Travelers Championship and the 3M Open, respectively.

Koepka has now earned 67.8% of his world rank via majors. And considering his pre-tournament press conference, in which he said he doesn’t practice before non-major events, it sort of begs the question: what if Koepka only played majors? The man has amassed 342.38 World Ranking points in the last two years worth of majors.

Only four other players in the world have earned more points, and when you consider that Koepka would then be dividing his total by 40 (the minimum divisor for any less than 40 events over two years), his world rank average would be 8.56. That means Majors Brooks is good enough to rank higher than all but ONE person in this normal world. That person is his buddy Dustin Johnson, who, while putting up solid major results himself, pulls from many other tournaments to solidify his ranking. 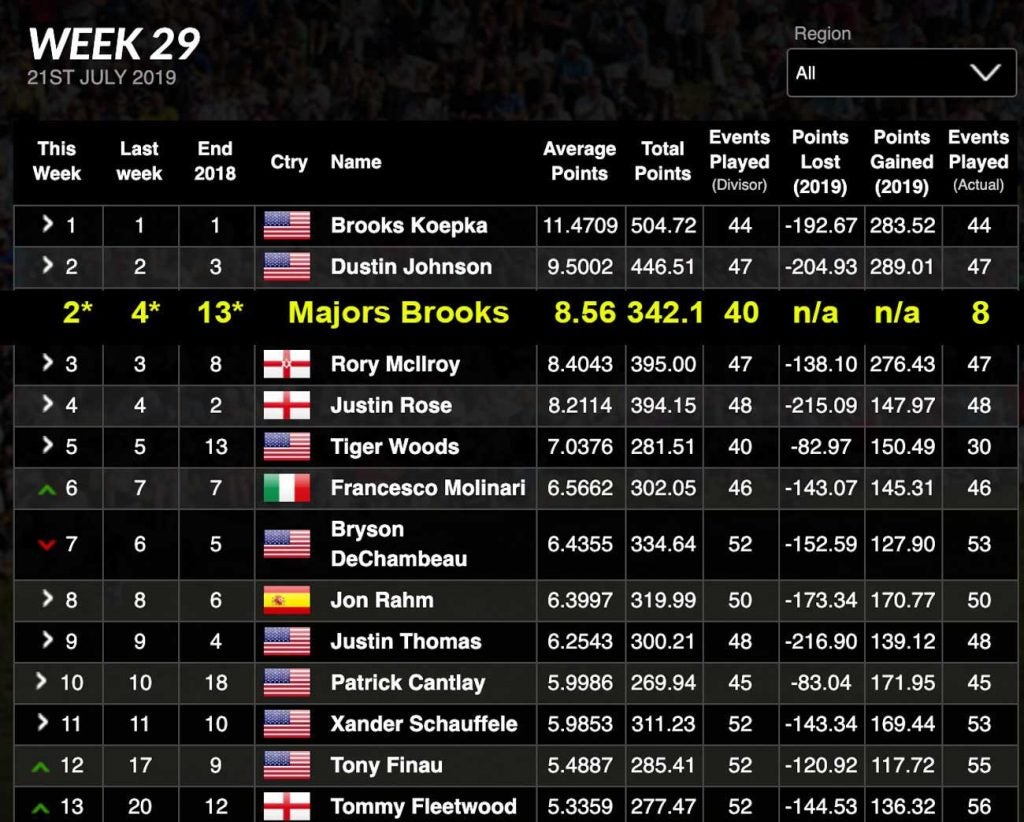 A majors-only Brooks Koepka would be ranked 2nd in the world right now, behind just Dustin Johnson.

This might be an exercise in showing how much major championships are worth to world rank. It’s also worth noting that Koepka’s majors-only rank will depreciate over the next 38 weeks until the 2020 Masters is complete, at which point he can start building up more major points and perhaps outdo himself yet again.

The crazy part is he technically could add to his majors-only rank. Remember, Koepka had to sit out the 2018 Masters with an injury.

Maybe he should only play majors?