Brooks Koepka would be very interested to see this safety measure 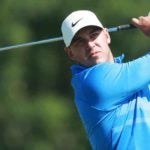 Brooks Koepka says he plans to play in the Charles Schwab Invitational, the PGA Tour's first tournament after its coronavirus hiatus.

A professional golfer’s bag can weigh as much as 50 pounds. It’s picked up and set down over five hours over three practice rounds and at least two tournament rounds. It’s carried through hot and cold, wind and rain, sun and clouds.

Brooks Koepka said a suggestion for players to carry their own bags during the coronavirus pandemic would be “interesting.”

And interesting to watch.

“I think it’d actually be a lot of fun to watch some of these guys attempt to carry their own bag,” he said this week on “The Dan Patrick Show.” “I don’t know if some of them have ever picked up their bag in their life.”

Who would be the most interesting to watch?

“Bubba (Watson) would be complaining how heavy the bag is the entire time,” Koepka said. “I love the guy, but there’s no way he makes it around 18 with that bag.”

Golfers, along with their caddies, are scheduled to return June 11 at the Charles Schwab Challenge in Fort Worth, Texas, the first tournament since the PGA Tour ended play after the first round of the Players Championship.

Koepka, a four-time major winner and the third-ranked player in the world, will be there.

“I’m going to be ready. It’s just exciting just to have something to look forward to,” he said. “I think that was what was killing everybody is the unknown. … Just to have something back now, where it’s, OK, we can get back into the swing of things and start to looking forward to playing golf again and competitively. Because it’s one thing just to go play with your boys, and it’s a complete other thing to actually go out and go tee it up in the real thing.”

The biggest change, Koepka said, will be the absence of fans. The Tour is planning to play at least the first four tournaments back without galleries, while one of the first tournaments scheduled to have spectators, the Memorial in mid-July, said recently that ticket sales have purposefully been slowed.

“Obviously, look, as an athlete, nobody wants to be playing just without fans – it’s what creates the energy,” Koepka said. “But I think now looking at it, it’s going to be interesting how close they’re going to be able to let fans because golf, I mean, if you’ve ever been to Augusta, you can stand on those tee boxes and you can pretty much reach out and grab the guy as he’s swinging – you can get pretty close to us – and you just wonder how weird it is going to be going forward, whether they’re going to be pushed back further.”

At least one thing will be pushed higher at Augusta, Koepka said.

The colder weather. Different conditions in the rough. Different wind directions. Koepka said it will all add up.

“I think you’re going to see scores around even-par instead of that 12-, 15-under you’ve been accustomed to,” he said. “I think it could really affect that back nine. You see obviously 11’s hard; 12, there’s plenty of water balls; 13, you might not be able to get there anymore; and 15, being the par-5 – you know, it might not be as exciting of a finish.”