Currently ranked No. 12 in the world, Henderson’s two-under 70 final round performance at Ko Olina Golf Club in Kapolei, Hawaii was good enough to break away from the pack and earn herself the victory by four strokes. Despite a bogey on the opening hole, Henderson’s final round consisted of three birdies.

The 2016 Women’s PGA Championship winner finished the tournament at 16-under 272, with her best round coming this past Wednesday when she shot a seven-under 65 to open up the event. Her first round consisted of an eagle and six birdies, four of which came on the front nine.

The victory, which is her first since last August’s CP Women’s Open, also earned Henderson $300,000 in prize money. 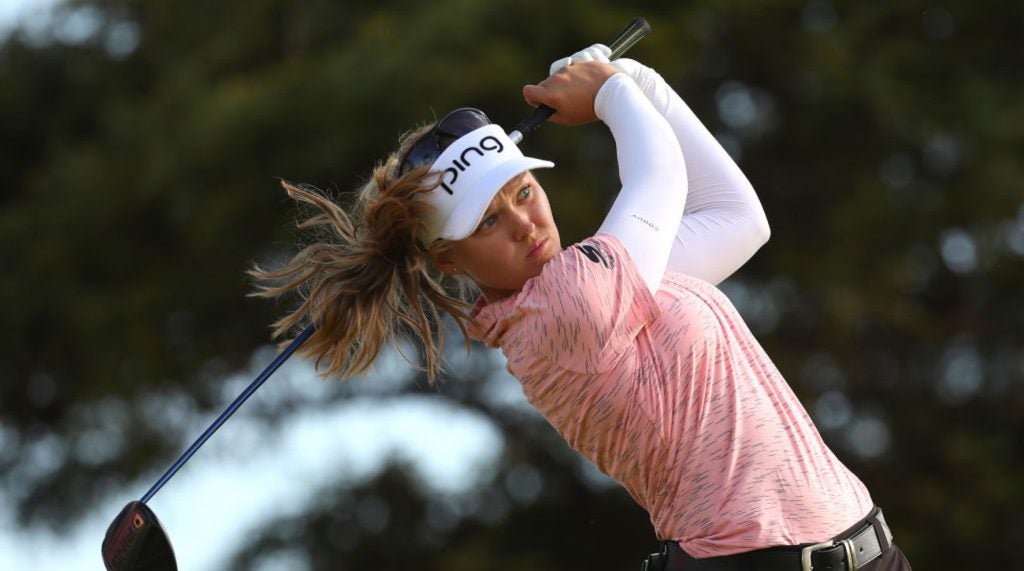 One of the brightest young stars on the LPGA Tour, Henderson understood the importance of the win to both herself and her home country.

“When I was younger it was just a goal to be on the LPGA Tour, to win my first event,” Henderson said in her press conference after the win. “And when that happened and I won my first major the year after, things kind of just started to fall into place. I knew the record was eight. Just kept creeping toward it the last three years, which was really exciting.”

“And then I think starting last year I sort of saw that it was within my reach if I had two good seasons,” Henderson continued. “Last year put me into great position, and coming back this year it’s been on the back of my mind every week that I tee it up. I’m just really happy that I have finally done it. Looking forward to overtaking it now.”

Having been on Tour for five years and still only 21 years old, Henderson is sure to knock that record down.