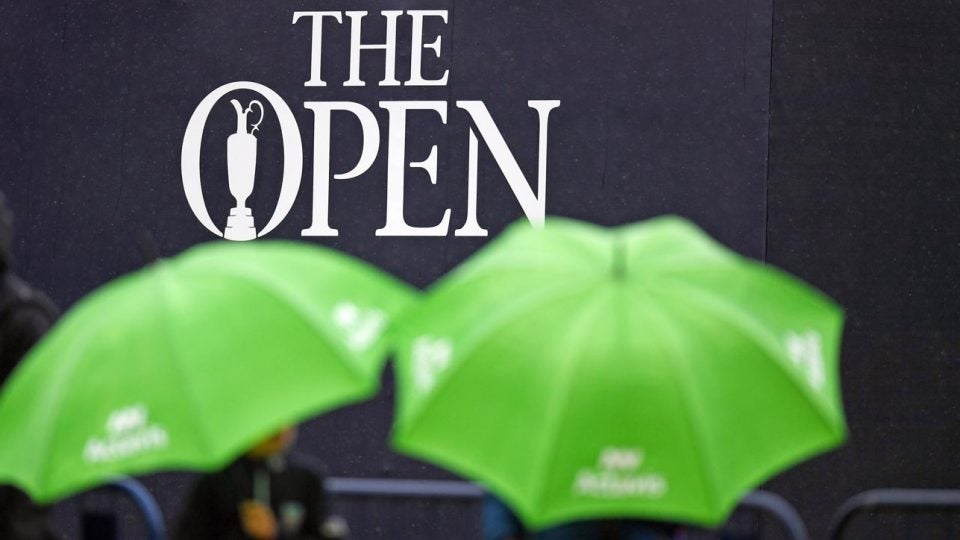 Rains began on Wednesday at Royal Portrush, and they are expected to continue for Thursday's first round.
Thomas J. Russo-USA TODAY Sports

The first group tees off for the first round at Royal Portrush at 6:35 a.m. local time (1:35 a.m. ET). But already at that early hour the weather will have begun to deteriorate, according to the hourly forecast on Weather.com.

Between 6 and 7 a.m. local time, the chance of precipitation will increase from 15% to 30%, and winds will tick up from 10 mph to 12 mph. With temperatures stubbornly hanging in the mid- to low-50s (F), it’s going to be a cold, wet start for the early groupings.

While the temperatures will rise slightly to the low-60s by midday, the rain and wind will only get worse. Players can expect of 50-60% chance of rain at its worst, with winds picking up to 15 mph. That might not sound like a lot of wind, but with the difficult tight and rolling terrain dotted with gorse at Portrush, expect to see some breeze-induced disasters. 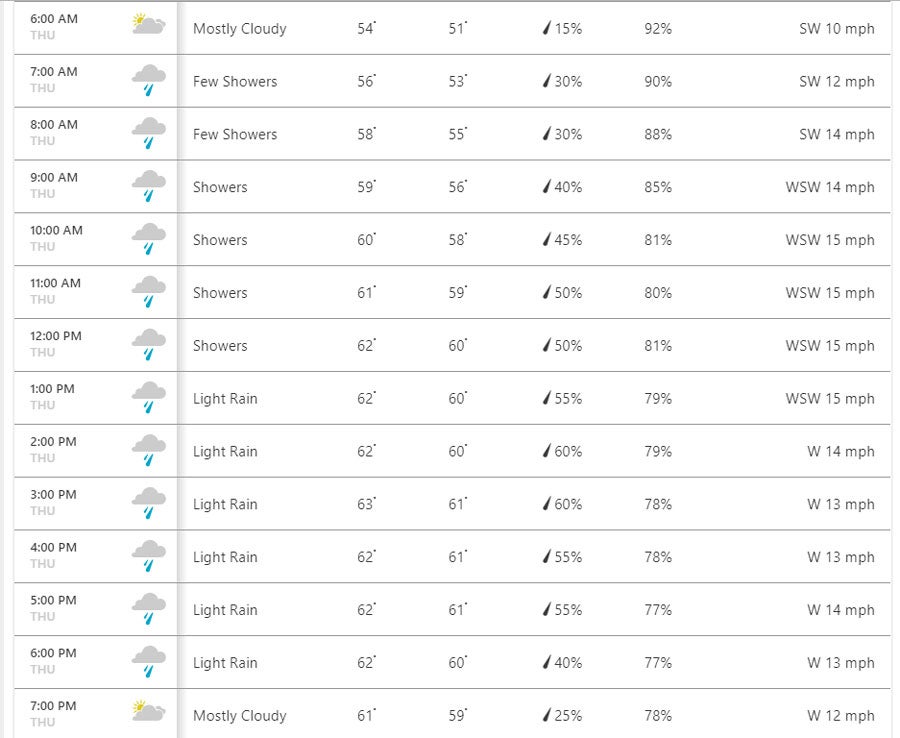 When Tiger Woods tees on Thursday with Patrick Reed and Matt Wallace at 3:10 p.m. local time (10:10 a.m. ET), they will face similar weather conditions that should last for much of their round.

Any players hoping to get some relief from the wind and rain after Thursday will likely be disappointed when they look at what’s predicted to occur in the skies over Portrush.

The British Open weather forecast for Friday through Sunday isn’t any better than the Thursday forecast. The best golfers in the world will continue to face 60% of light rain on Friday and Saturday, with winds holding steady in the low double digits.

The British Open weather forecast for Friday-Sunday at Royal Portrush, via Weather.com
Weather.com

As of now, it appears that Mother Nature is saving the worst conditions for the final round at the British Open. The weather forecast for Sunday calls for an increased 70% of rain, with morning showers turning into a light rain in the afternoon, buffeted all day by 15 mph winds.

While the players might be dismayed by such a dire British Open weather forecast, viewers at home shouldn’t be. Links courses like Royal Portrush count on poor weather to help defend against top players. And, after all, it wouldn’t be the British Open without a little wind and rain having their say.