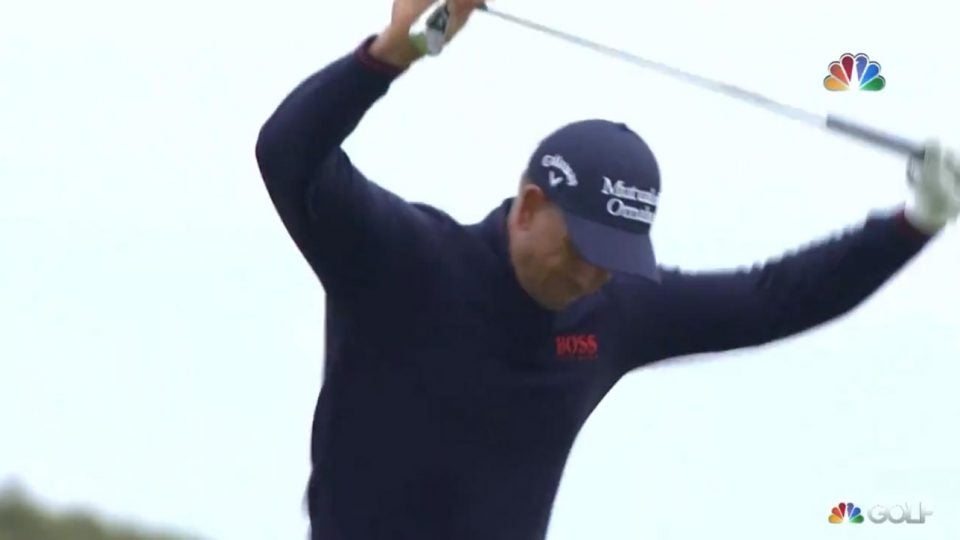 Henrik Stenson snaps his club at the British Open after hitting on shank on 17.

The weather picked up dramatically in the latter half of the final round at Royal Portrush. That left stars scrambling to finish out this 2019 British Open. Henrik Stenson was among the players stifled by Portrush on Sunday, but it was a dead shank he hit late in the round that pushed Stenson over the edge.

Stenson was three over on his round when he arrived at Portrush’s difficult par-4 17th on Sunday. At three under over all, any hopes he had of winning his second British Open had already begun to vanish. One shot later, they disappeared completely.

Stenson chose iron off the tee at 17 and hit what can only be described as a dead shank, sending his ball soaring behind grandstands running down the right of the hole. Apparently that was too much to handle, because after yelling ‘Fore’ Stenson raised his club in both hands and brought it crashing down on his right knee, snapping it in two.

A shank from Henrik Stenson and a broken iron over the leg. pic.twitter.com/qEQd7PXYmw

The moment left broadcasters speculating if Stenson would face punishment for his momentary outburst. Either way, it all but assured that Stenson’s promising British Open campaign will end on an ugly note.