European Tour rookie Bob MacIntyre had some choice words for American Kyle Stanley during the second round of the Open Championship on Friday at Royal Portrush.

According to MacIntyre, Stanley failed to yell “Fore” after an errant shot and the ball struck his caddie Greg Milne’s mother, Stephanie. MacIntyre told The Scotsman it was the second time that round Stanley hit someone in the crowd. The first happened on the 14th when he hit a marshal in the shin. After the second incident, which happened on the 17th tee, MacIntyre waited until the 18th hole to voice his displeasure with Stanley. (Stephanie is reportedly okay.)

“His ball goes into the crowd, we’re shouting ‘Fore’ as the ball is coming into the crowd,” MacIntyre told reporters after the round. “He’s just standing watching it. And people didn’t have enough time to react when we shouted. It hit [my caddie’s] mum. So I told [Stanley] how it was. I said I wasn’t happy. And I didn’t really like the response. He’s the only one I’ve seen. Straight in the crowd. It was in the crowd from the word go.” 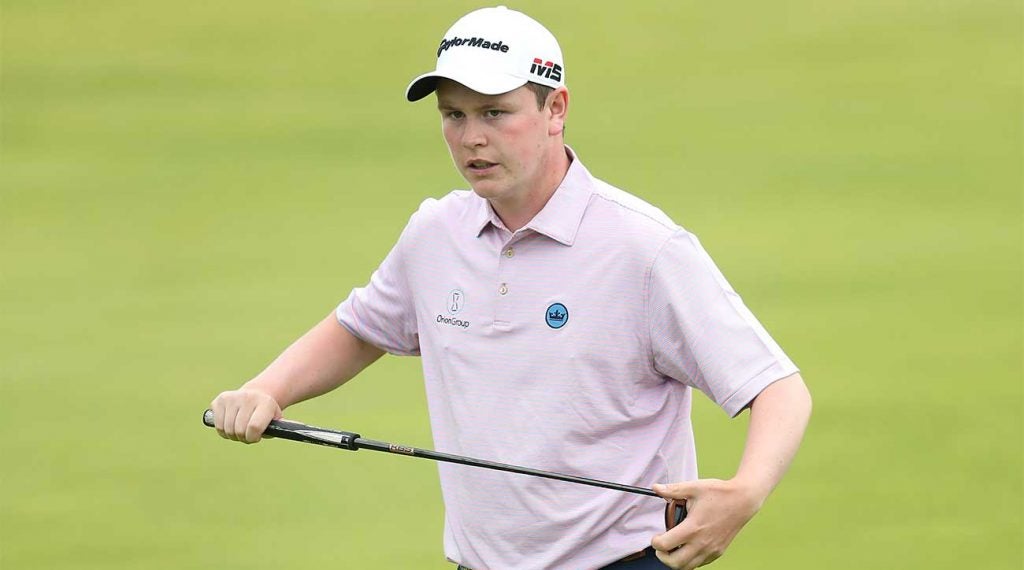 Bob MacIntyre said he had words with Kyle Stanley following their second round at the British Open on Friday.
Getty Images

MacIntrye and Stanley were also playing with Andrew “Beef” Johnston, and although MacIntyre never mentioned Stanley by name in press conference transcripts, The Scotsman reports he was referring to Stanley.

MacIntrye did not elaborate on exactly what he told Stanley when he confronted him, simply saying, “It wasn’t too pleasant, but you’ve got to tell them.”

It was only last month when PGA Tour players received a memo from the Tour reminding players to warn spectators after errant shots.

Tour reminds players in a memo to yell “fire” after wayward shots. pic.twitter.com/qIGU8qPsEi

“Just shout, simple as that,” MacIntyre said. “Us, too, shouted as it was coming down, but you don’t have time. It’s too late then. People are diving out of the way of things when they should have more time.”

Stanley, 31, has won twice on the PGA Tour, most recently the 2017 Quicken Loans National. Stanley shot 67 on Friday and is even, tied for 48th. MacIntyre, a 22-year-old from Scotland, shot 72 and is two under and in a tie for 25th. Shane Lowry and J.B. Holmes share the 36-hole lead.

Stanley’s representatives have not immediately responded to GOLF.com’s request for comment.