If you didn’t know Royal Portrush’s par-4 opening hole featured out of bounds both left and right, Rory McIlroy wasted no time in bringing that rare quirk to the world’s attention.

McIlroy, teeing off at 10:09 a.m. on Thursday morning (5:09 a.m. ET), began the 148th Open Championship in the most disastrous way possible, hitting it out of bounds left off the first tee and making a quadruple-bogey 8. It was a rough start for the local kid and fan favorite, who is unquestionably feeling the pressure this week.

But what’s interesting is how McIlroy made that 8. His tee shot went left and into the rough, and on most opening holes he would be able to hack it out and try and get up and down for par. But in this case his ball bounced past the internal out-of-bounds markers, which are rare for any golf course. It’s even more rare for a hole to be flanked by two internal out-of-bounds markers, which is the case at Royal Portrush’s 1st hole, called Hughies. 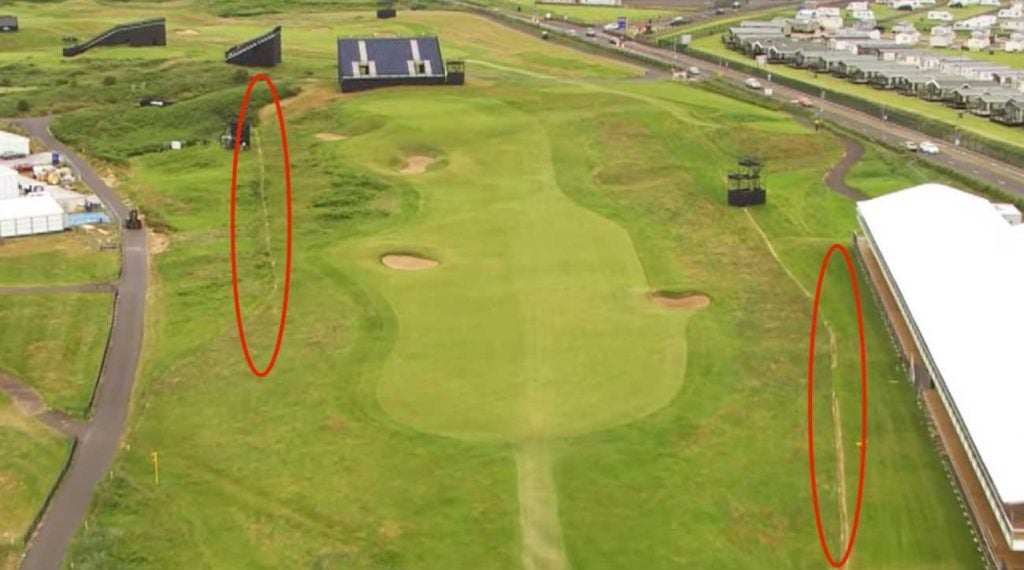 The opening hole at Royal Portrush threatens with internal out of bounds on both sides.
YouTube

The reason for the left-side internal O.B. dates back several years. The 18th hole runs parallel with the 1st, heading back to the clubhouse, and for years the club didn’t own that small triangle of land between the holes, so it had to be marked out of bounds. Royal Portrush members still play the course this way, and The R&A decided to keep it that way for the Open.

“We felt that was highly appropriate to do so this year as we’ve rebuilt the course,” said Martin Slumbers, the chief executive of The R&A. “We try to stay true to how the course is played.” 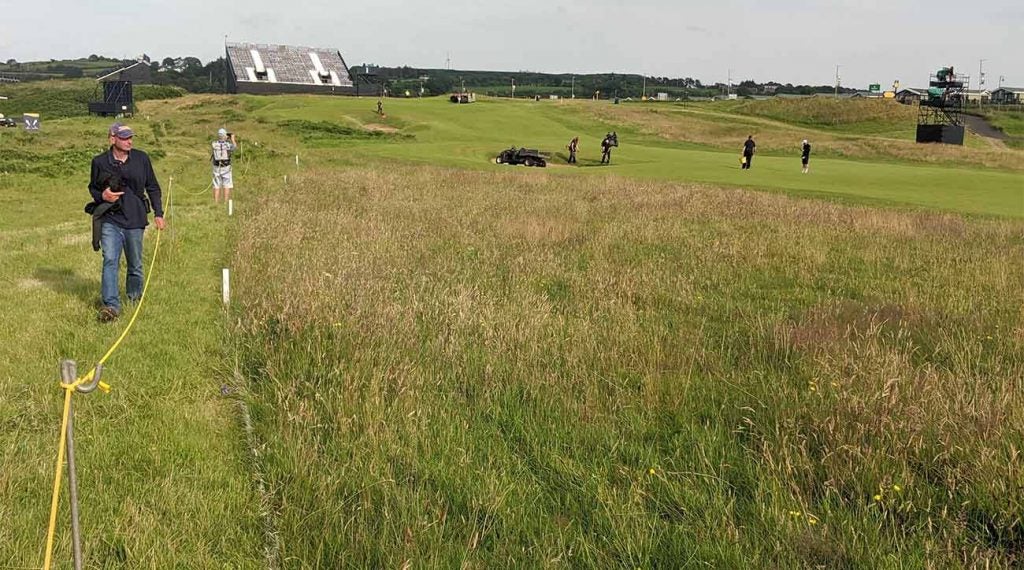 A look at the rough, and out-of-bounds area, on the left side of the opening fairway at Royal Portrush.
Luke Kerr-Dineen

It’s a tough first hole for sure, especially when considering the nerves that come with an opening tee shot in a major championship. (My GOLF.com colleagues debated the fairness of the internal out of bounds here.)

It’s no walk in the park, and it’s going to tank a lot of rounds this week besides Rory’s. You can follow the rest of the first round here.