World No. 403 Brendan Steele gunning for win from nowhere at Sony Open 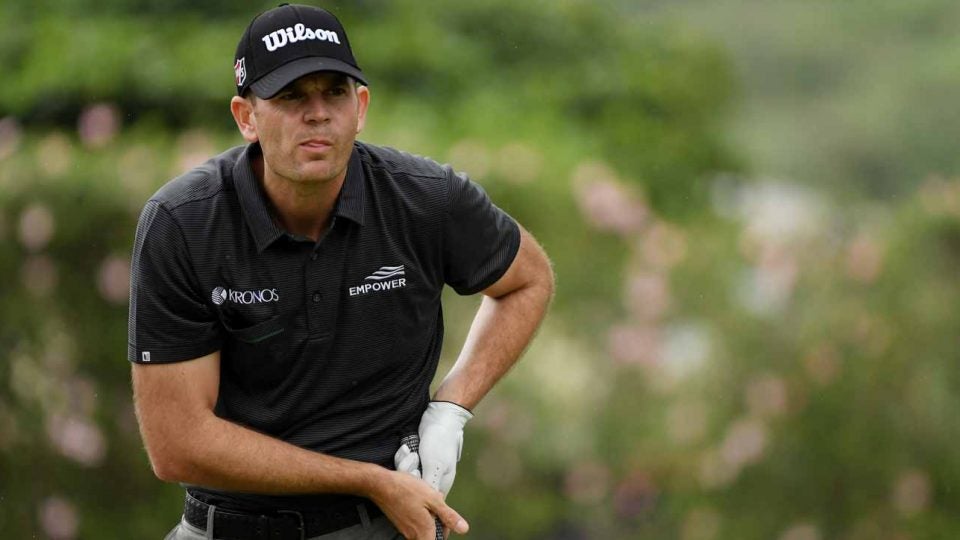 Brendan Steele hasn’t finished in the top 10 of a PGA Tour event in nearly two years he’s carrying a three-stroke lead to the final round of the Sony Open. Here’s everything you need to know heading to Sunday at Waialae.

Steele’s last victory came at the 2017 Safeway Open. His last top 10 came at the 2018 Waste Management Phoenix Open. Since then, the PGA Tour veteran has slid all the way to No. 403 in the world. On Saturday, Steele was two-over through four before turning on the afterburners and torching Waialae Country Club for six birdies and an eagle en route to a six-under 64.

Heading to Sunday, though, he’s comfortable with the lead. “I feel like my game is in a really good play right now, so the confidence is up. And then I know what these types of things entail, so I have been there before. That will be helpful.”

If Steele wants to pick up his first win in two-and-a-half years, he’s going to have to hold off some of the strongest players in the field. Cameron Smith is in solo second after a third-round 66. Kevin Kisner equaled Steele for low round of the day with another 64; he’s solo 3rd.

Kisner appreciates the way the course fits his eye. “One of the few left on Tour. I got to be able to make some hay when the sun tends to shine, so I feel like I got to go after it. It’s a shorter, ball-strikers’ paradise. Got to control your ball off the tee and distance into the greens. So I feel comfortable, and hopefully I can keep it going tomorrow.”

Webb Simpson, Collin Morikawa and Ryan Palmer sit one shot further back at 7 under, five shots off the lead.

“I’m right in it. I’m right there where I want to be,” Morikawa said. “I’m going to need make some birdies.”

HOW TO WATCH SUNDAY’S FINAL ROUND

The final round starts at 12 p.m. Sunday local time in Hawaii, which means primetime golf on the east coast.