Woods has been staying away from his driver for the majority of his tee shots in Mexico, as the 14-time major champion has sought to play more carefully on the high-altitude course in Mexico City.

Tiger continuing with the most bizarrely conservative strategy I have seen since I’ve been covering golf. He averaged over 200 yards on his approach shots yesterday, and 211 so far in round 4. Swinging beautifully, but hard to close the gap without making a few eagles. pic.twitter.com/yPlWFOAwjw

Chamblee’s argument is that this strategy is not one that will help Woods win, as tee shots fly farther through the thin Mexico City air because of the high elevation. Woods has been much more conservative than most of the field. He’s averaging 283.3 off the tee, which ranks 70th of 71 in the field. The 80-time PGA Tour winner ranks 66th in Strokes Gained: Off the tee.

“Clearly he thinks the leaders will make mistakes hitting driver, and clean golf will beat aggressive golf,” Chamblee said in a separate tweet.

Chamblee’s critique of Woods’s play comes as Dustin Johnson and Rory McIlroy, two of the best drivers on the PGA Tour, lead the way. 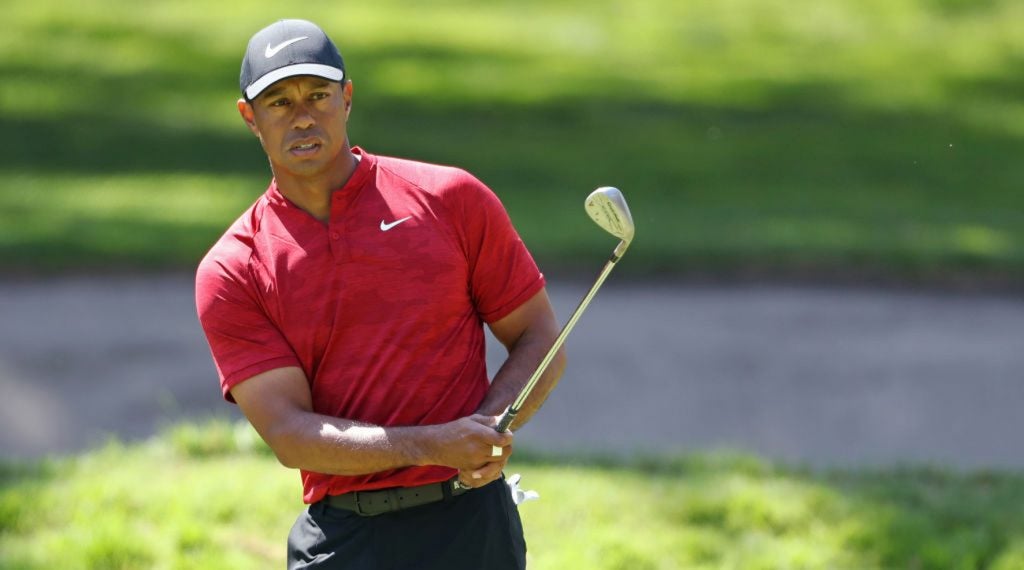 Tiger Woods' strategy at the WGC-Mexico Championship has drawn the ire of Brandel Chamblee.
Getty Images

Woods is tied for eighth and two under through 15 holes in his final round. His fourth round began with back-to-birdies, as well as with a bogey and a third birdie later on. Follow along with the entire action here.