Golf Channel’s Brandel Chamblee and Jaime Diaz sat down recently to dive into Tiger Woods’ Masters win in a long, thoughtful conversation on their podcast. The two explored Tiger’s place in the game, whether his comeback was more improbable than Ben Hogan’s and much more. But perhaps their most interesting conversation topic was a question Jaime posed: Is Tiger Woods the best golfer in the world?

“I don’t know that the difference is going to be as substantial as it used to be. His putting is slightly worse, he’s not quite as long. He’s certainly there — he’s thereabouts. I think again if you’re just looking at one aspect of a fluidity, yes, he probably is.” 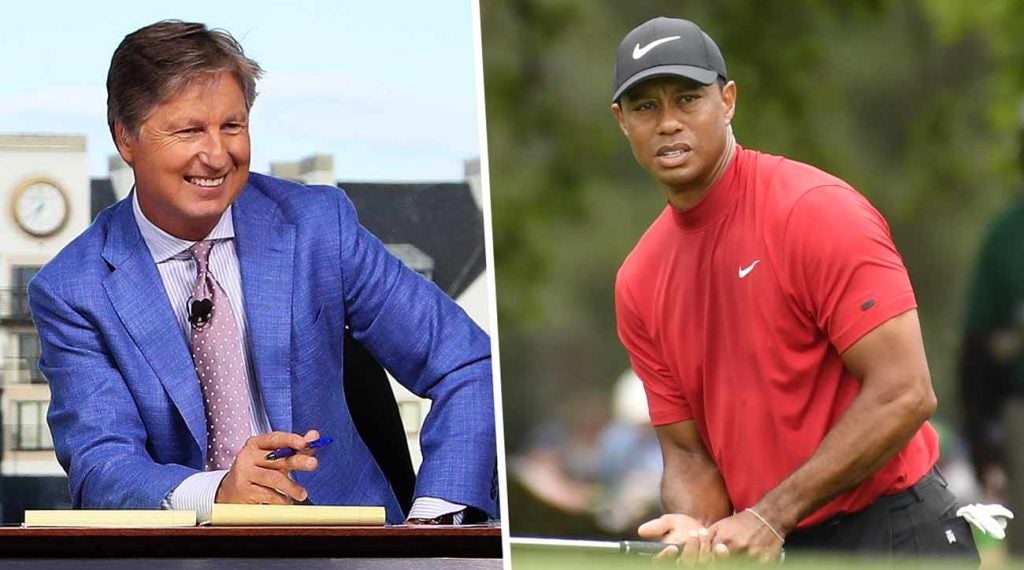 Woods’ Masters win catapulted him to World No. 6. But Chamblee contests that of anyone in the world, only two can keep up with the 43-year-old.

“In the aggregate, you’d have Dustin and Rory who are the likely two who could hang with him,” he said. “Jon Rahm’s still got a lot to learn. His iron play’s not as sharp as it needs to be to be the best player in the world, and it forces him to have to pitch the ball…his pitching, generally speaking, is not as good as it needs to be. And Spieth’s game has fallen off. So it’s really only two players who could challenge him.

“Irrespective of the world rankings, I think all of us know what we need to know without the world rankings telling us, and it’s Rory and it’s Dustin Johnson and it’s Tiger Woods, but Tiger’s simply not going to play enough to get the points that he needs to get.”

Johnson and McIlroy are, of course, worthy choices. Johnson is the World No. 1 and has won more PGA Tour events than anyone else this decade. McIlroy has four majors and the most impressive resume of anyone in the post-Tiger era. He has also been likely the best player in the world in 2019, posting seven top-10s (including a Players win) in his first seven starts before a T21 at the Masters.

But it’s also interesting to note who gets left out by Chamblee’s assessment. There’s world No. 2 Justin Rose, of course. There’s Francesco Molinari, too, the British Open champ and Ryder Cup killer. And there’s Brooks Koepka, who outlasted Woods at last year’s PGA Championship and owns three of the last seven major titles.

You can listen to Diaz and Chamblee’s entire conversation here.