PGA Championship 2019: Brandel Chamblee felt like Koepka ‘was giving me the finger’ with 63

FARMINGDALE, N.Y. — For those of you scoring this Brandel Chamblee vs. Brooks Koepka bout from home, Thursday marked one round distinctly in Koepka’s favor. The three-time major champion roared out to an opening seven-under 63, setting Bethpage’s course record and taking the lead in the process.

For Golf Channel personality Chamblee, the round felt somewhat personal. Chamblee and Koepka have been trading slights and barbs for months. Chamblee has thrown a number of jabs in his direction; he criticized his weight loss, questioned his toughness in a tense Golf Channel segment at the Masters and suggested he could only win on sprawling, open golf courses. He then left Koepka off the list of players who could challenge Woods as the best player in the world, restricting that list to Rory McIlroy and Dustin Johnson.

For his part, Koepka responded last week by tweeting out a Photoshopped picture of Chamblee wearing a clown nose. “I just went with it, man — a picture’s worth a thousand words,” he told GOLF.com.

On Golf Channel’s Live From recap show on Thursday evening, Chamblee admitted the round had hit home for him. “Under the situation, playing alongside Tiger, I couldn’t come up with a better round I’ve ever seen,” he said. “I’ve been flipped off a few times in my life — probably not as often as you’d think — but I felt like he was giving me the finger for 4.5 hours today.” 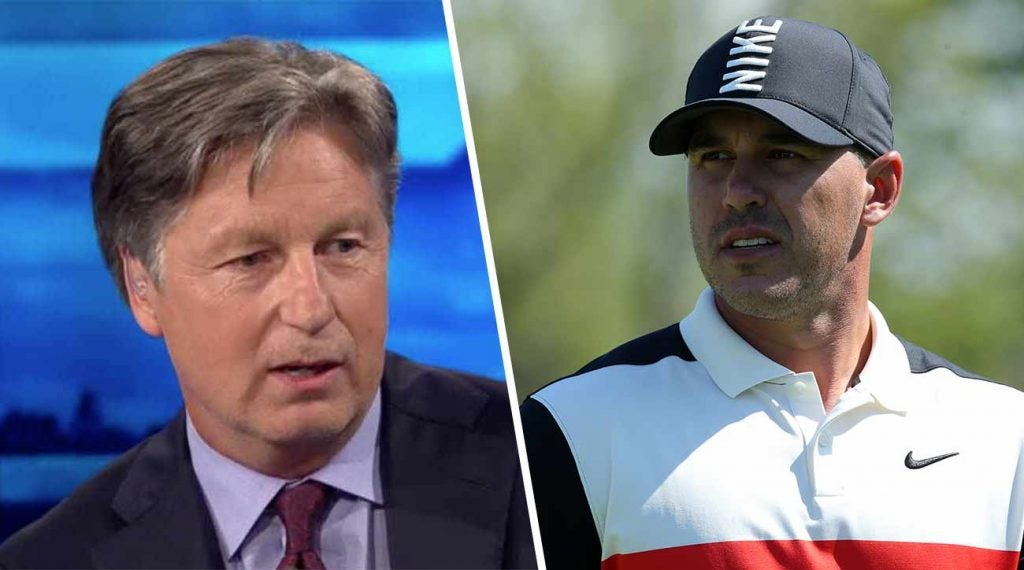 Brooks Koepka and Brandel Chamblee give the golf world plenty to talk about.
USA Today

As for Koepka? He said after his round that he’s more comfortable than ever speaking freely. “I feel like I’m finally in a good spot now to say things that I probably couldn’t say before or was maybe afraid of,” he said.

Chamblee re-emphasized the greatness of Koepka’s round on Twitter, comparing his play to that of Tiger Woods in 2000 — high praise indeed.

I am, feel like I’m watching the second song in @HamiltonMusical .. too good to be true. Thus far he’s playing like one of the guys in his group did in 2000. https://t.co/zhaQI9Lfb9