Boyd Summerhays on Tony Finau: Formula for a Dream Team 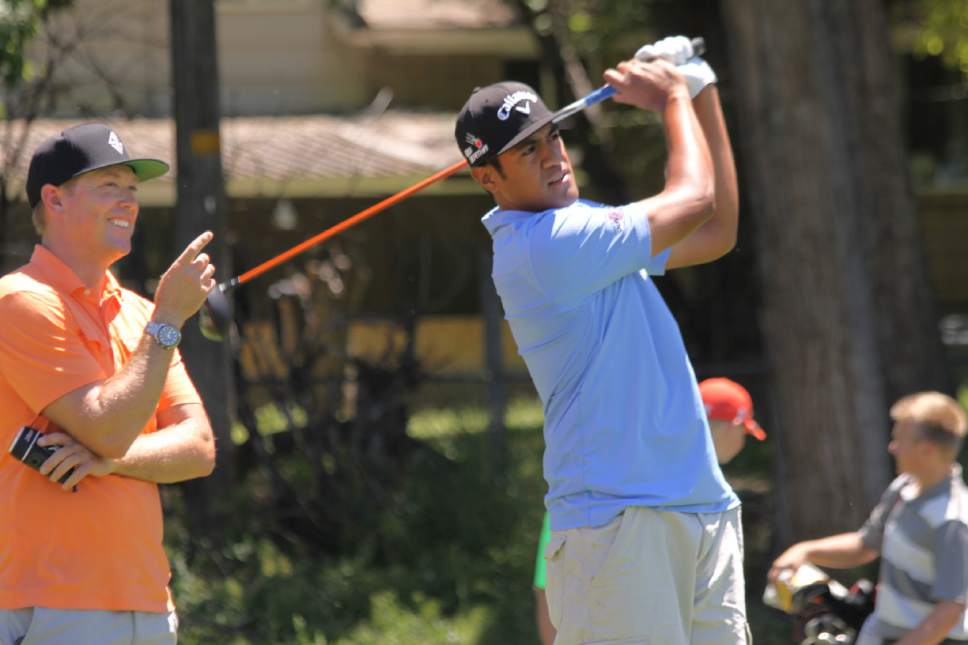 Current golf instructor and 30-year-plus industry veteran Boyd Summerhays got a call from up-and-comer Tony Finau in April of 2014. They had an hour-long lesson together, and the rest is history. Now, after almost a year and a half of working together — a stretch that included nine consecutive made cuts on the Web.com Tour and a T14 finish in his first major championship at the U.S. Open at Chambers Bay — Finau is making waves, having had a stellar rookie year during the 2014-15 PGA Tour season. The coach dishes on his student and what led Finau to success eight years after his journey in professional golf started.

First off, Tony has a huge swing. What does it take to drive the ball so far?

One thing that really sets Tony apart is his power and athleticism. For so long, you didn’t find a lot of athletes on tour. It just wasn’t the case. More and more people are training their bodies and mind to compete at the highest level. That’s something that helps Tony, the consistency in his routine from week to week.

Did Tony have that natural ability before working with you?

There’s no doubt he has always had a physical advantage. He’s one of the finest athletes on the PGA Tour. It’s something we don’t take for granted. A lot of players will just be on the range working on their swing technique, which we do, we think it’s very important, but we recognize that he is different, being that special athlete that he is at 6’4, 200 lbs, flexible and strong. We look at the body, for Tony, as his 15th club.

How has he changed in the last few years?

We improve on what he was already good at, because you can always get better. A strong body takes a strong mind. Once injuries come, confidence can take a hit too and that’s something we take seriously. That’s something that he’s seen, that in professional golf  — the wear and tear and the grind of going week to week and playing 30 events a year, 7 days a week. We’re not just training for power but also doing injury prevention with SKLZ products, and he’s had a nice little run for a couple of years without injury.

He’s also played 25 events this year. Only a handful of players have played more events. How do you develop the stamina required to play almost every week on Tour?

We try to maximize our practice time. I don’t like to see him on the driving range for 3-4 hours at a time. When you’re playing 4-5 weeks in a row, you’re not going to be able to sustain that. You’re already playing 4-5 hour rounds, you play a practice round, you’re putting in a workout, you’re traveling city to city. When we’re at the golf course we have a nice clean, efficient practice and that’s where those training tools come into play where we do a specific training program each week that keeps him organized, structured and progressing to what he wants long term for his swing.

What specifically do you focus on with Tony when coaching him?

He’s been a pro golfer for 8 years now, but he’s known and recognized as a rookie on the PGA Tour. I don’t really look at him as a rookie. Through the progression of the last 8 years, he’s done a great job to identify the strengths and weaknesses in his game. Definitely in the last year we’ve been together, it’s been a great partnership because of the way we work together. You never want to change the basic nature too much of what a golfer already does in his swing. As a coach and teacher, you’re looking for these areas where if you can get him a 1/4 or 1/2 shot better, that jumps him over 50 people on the PGA Tour.

Where do you see his greatest improvements?

Tony has really improved his driving — his power is a huge asset. He can make a golf course play shorter, but if he’s not hitting enough fairways it really doesn’t matter. We focus primarily on tee balls — whether it’s his driver, or a 3-wood on some tighter holes or a driving iron, and he spends a great amount of time on wedges, chipping and putting. The saying goes, ‘Drive for show, putt for dough.’ Tony will use the SKLZ putting mirror to check his eye alignment for 15 minutes before a round or during a practice day, and use it after round to make sure that everything’s still in the proper position he wants.

What are some of Tony’s go-to moves when working with the SKLZ equipment?

He uses the SKLZ mini bands in morning to get his glutes firing and hip activation going to be able to drive the ball the way he does. It’s not just about being strong, it’s about being strong and having range of motion and having good technique. He also uses the barrel roller to massage after a round, and does a lot of medicine ball skills just mimicking the golf swing, too. Not only is it getting him range of motion, it allows him to get power in specific motions for golf. He likes to do some pushups and a lot of dynamic stretches before he plays. That’s something he does every single day.

The most common request as a coach that I get from amateurs is more distance. When someone immediately tells me that — they’ll say two things, more power, more consistency — I need to look at what they can do physically to improve (flexibility, range of motion) and then I’ll look at their technique to see what their missing and what the inefficiencies in their game are (power, loft). I say, practice doesn’t make perfect but practice makes permanent. You can cut down on the time you spend on the range and make it more efficient. Amateur golfers have even less time; they have maybe 20 minutes a day they can devote, so the training that SKLZ equipment has can make the 20-30 minutes they might have a day to practice very efficiently. The pros make it look so easy but the reality is that before they tee off, that’s where the victory is won, in the training and the preparation.

What’s next for Tony, goal-wise?

Studies and stats will show that it’s very difficult for rookies to even maintain their cards. Tony was able to do that almost within 8-9 events this season. Most rookies won’t get to play in a major championship, and he’s played in 2 already and he was right in the thick of it in the first one he played in [the U.S. Open at Chambers Bay, T14]. He wants to be great. It’s not about money for Tony. He came from humble beginnings. It’s about competing and having an opportunity to win. I think ultimately, that’s his goal: to win on the PGA Tour, to win bigger tournaments and solidify himself as a great player out on the PGA Tour. 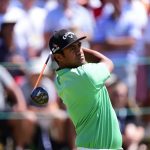 You may also like Finau the Phenom: The GOLF Magazine Interview

There’s no doubt that he’s becoming known as a well-rounded, polished, consistent golfer, and not just “Wow that’s that kid that hits the ball 350 yards.” That’s a really cool transition for me. He’s known for his power but he’s becoming known for his skill set and his consistency and excellence as a golfer. What I love about Tony is that he has a confidence and belief in himself and is now developing a game to put him in a position to win. When Tony walks to the first tee, we walk over together and he’ll give me a knuckle bump before the tee, not a lot of conversation before he tees off. And it’s like, “Ok, we’ve done everything we can do to prepare. Go do it.”