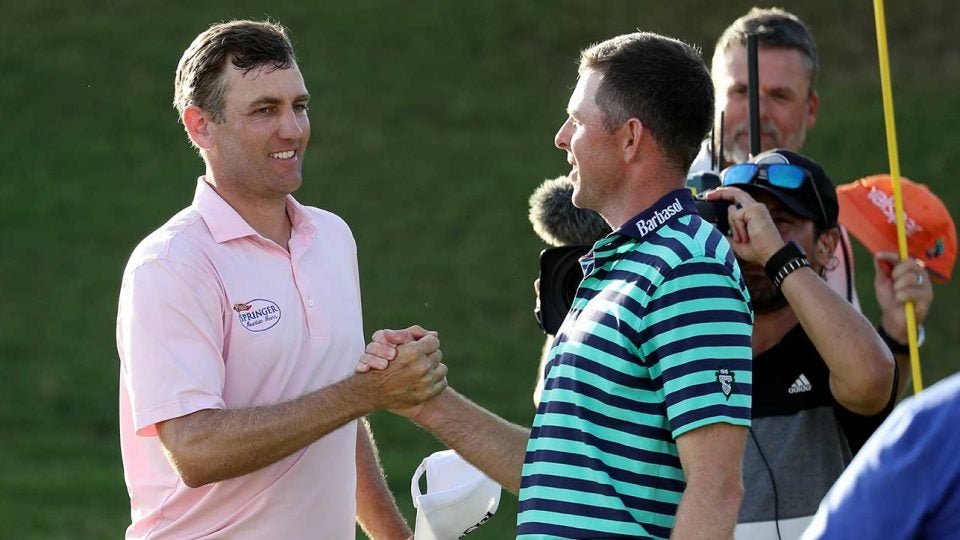 Brendon Todd doesn’t sugarcoat it. He had the yips, he knows it, and they (almost) ruined his career.

The 34-year-old turned into the comeback story of the weekend when he made seven straight birdies on the front nine and ended up shooting 62 on Sunday, winning the Bermuda Championship by four.

It was a banner day for Todd. Until Sunday his only other PGA Tour victory was at the Byron Nelson in 2014, but the next year he hit a shot that ended up haunting him for several seasons and nearly derailed his career altogether. He spoke about it, and the yips, at length during his winner’s press conference on Sunday night.

“I think it was the third hole of Saturday’s round at the [2015] BMW,” Todd said. “I wasn’t real happy with how I was hitting it a few weeks earlier, so my teacher, Scott Hamilton, and I kind of changed my swing and closed my clubface going back, and I started hitting it real nice. I got to the BMW there at Conway Farms, I think I shot 68-63, 11 under and I was in the last group with Jason Day and maybe Alex Noren. I can’t really remember who the third was. It was obviously a big moment for me. I had kind of built up to it I was playing real well, had a good couple years. Just for one reason or another, I hit this four-iron, it was the fourth hole, hit it 50 yards right, like past the bushes, into another set of pushes and I made a 7. Just kind of shook me a little bit.

“And then the shot kind of kept reappearing throughout the fall schedule,” Todd continued. “I mean, I lost golf balls, I was hitting in hazards and hitting it right. A lot of it was mental, some of it was the fact that I changed my swing and I basically battled that scary yip right feeling all of ’16. And even if I had a tournament where I didn’t hit it, I was so scared of hitting it I would hit it to the left and I would chip and putt my way to 72 and I missed a thousand cuts.” 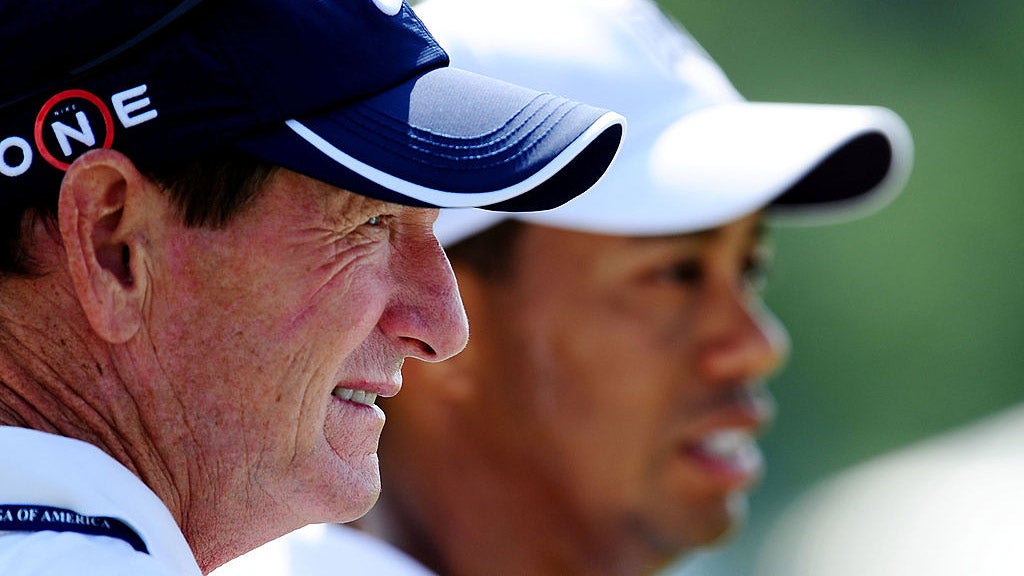 From 2016 to 2018 Todd missed 39 of 44 cuts. He said it didn’t matter which teacher he worked with because he wasn’t giving himself the time off he thinks he needed — time off to calm his mind.

“For some reason, I just couldn’t figure out what it was,” he said.

At the end of the 2018 season, a season in which he missed the cut in all six of his PGA Tour starts, Todd started working with Bradley Hughes. He took six weeks off and worked on drills in his basement. It was around that time caddie Ward Jarvis reached out to him. Jarvis told Todd that he was a stutterer and goes through the same mental breakdowns as he does. He recommended a book by Rick Ankiel, a former MLB pitcher and outfielder.

Ankiel was a talented young pitcher with a blistering fastball and deadly curveball coming up with the St. Louis Cardinals, but in the 2000 National League Division Series he threw five wild pitches in the third inning of Game 1 against the Atlanta Braves. In his next start in the National League Championship Series against the New York Mets he struggled with his control again and wasn’t able to get out of the first inning. Ankiel was sent down to the minor leagues the following season and later had to reinvent himself as an outfielder, which he turned into a second career. 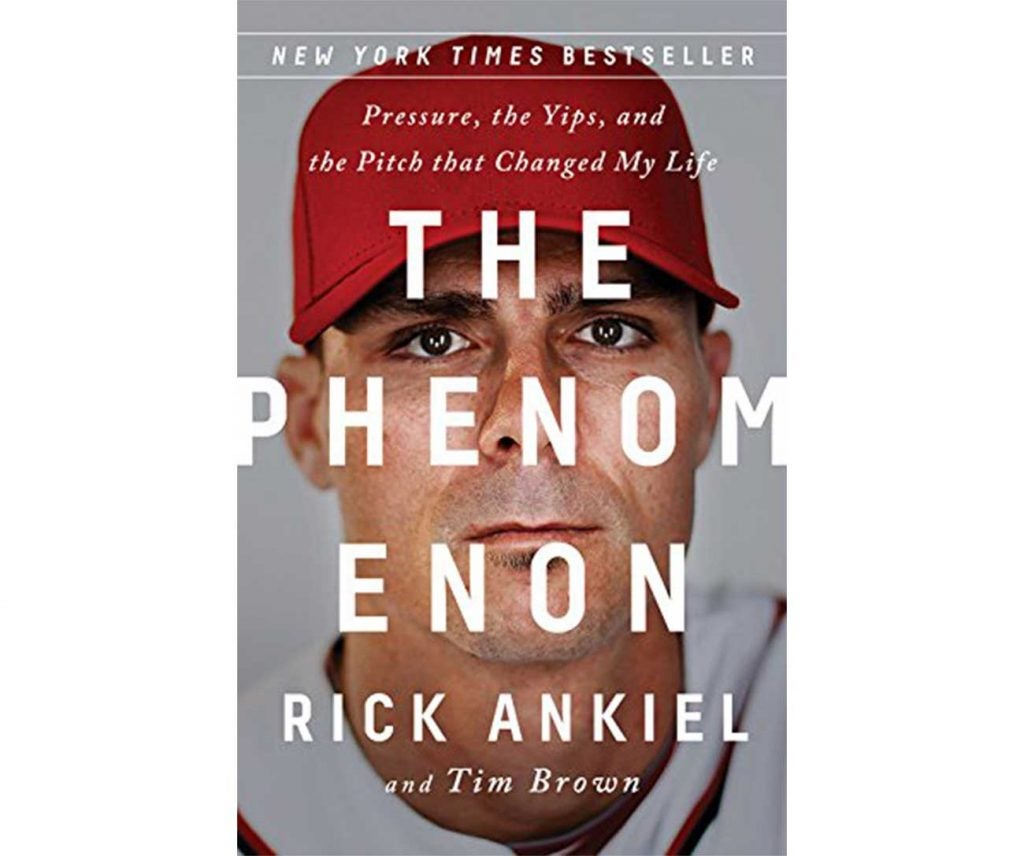 In 2017, Ankiel, with writer Tim Brown, released The Phenomenon: Pressure, the Yips, and the Pitch that Changed My Life. It became a New York Times bestseller and has glowing Amazon reviews.

“It was a book about the yips,” Todd said Sunday night, speaking to reporters. “I read it, and it kind of helped.”

Slowly Todd’s game started to improve. He shot 61 to Monday qualify for the RSM Classic in November 2018, made the cut and “got some momentum going.” He played well enough in a handful of other starts to get into the Korn Ferry Tour Finals, where he earned his PGA Tour card for the 2019-20 season. And even though he had a few missed cuts to start this season, he bounced back in a big way on Sunday.

So how much can we credit Ankiel’s book? Perhaps a little, perhaps a lot. Todd brought it up in his press conference unwarranted, so it’s certainly worth something.

Ankiel’s book is about perseverance, reinvention and so much more. Ankiel’s second life as pro baseball player is echoed by Todd’s transformation over the last several months.

It may not immediately get you a check for $540,000 like Todd, but there are plenty of ways to put it to use, whether for your yips on the course or something else in your life. You can check it out here.