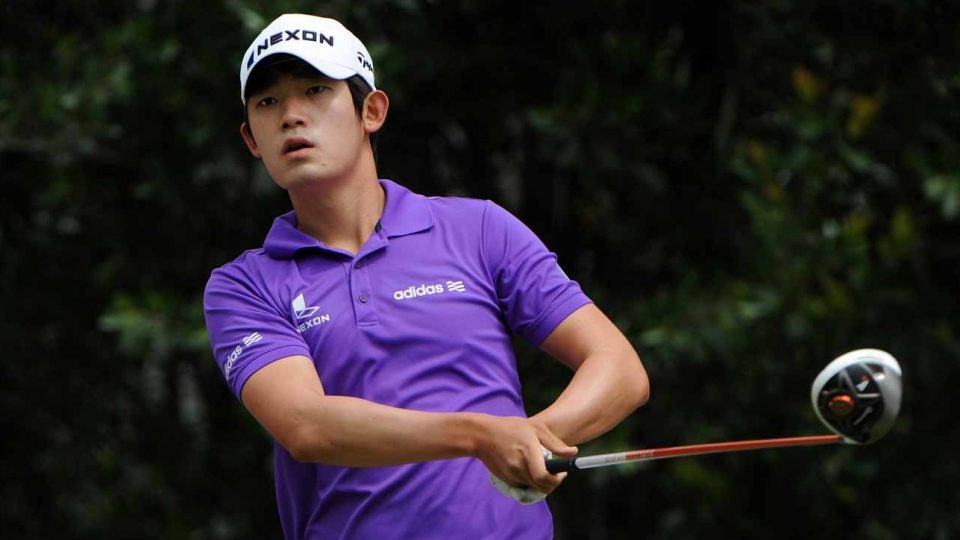 Korean PGA Tour player Bio Kim made a mistake. One mistake, spanning about one second, and now he can’t play on his home tour for three years.

After a poor shot during a recent tournament, Kim spun around and flipped off a fan who, apparently, distracted Kim by using a cell phone during his golf swing. Kim was hugely remorseful afterwards, even getting down on his knees and apologizing for his actions.

The Korean PGA Tour has suspended Bio Kim for 3 years after he flipped off a fan using their cell phone in his swing 😲 pic.twitter.com/hbfmLJeiVB

But that didn’t do much to quell the draconian punishment handed to the tour’s leading money-winner. The Korean PGA Tour banned Bio Kim for an astonishing three years — an overly-harsh punishment that golf fans on Twitter were outraged over. A hashtag in his support “#freeBio” even popped up following the news.

3 years is an absurdly over-the-top punishment for this. 3 weeks would've been harsh https://t.co/XVZDtmXHIA

Korean pro Bio Kim has been fined $8k and suspended 3 years (!) by the KPGA for flipping off the crowd.

No word if he's been fined for his belt. pic.twitter.com/GWBVD95Efs

they should be banning the guy with the phone.

3 years is an OUTRAGEOUS amount of time.

Imagine an NFL player getting suspended for 3 years? Vontaze Burfict is out here like "damn coulda been worse"