Billy Horschel Unloads on USGA for Condition of Chambers Bay 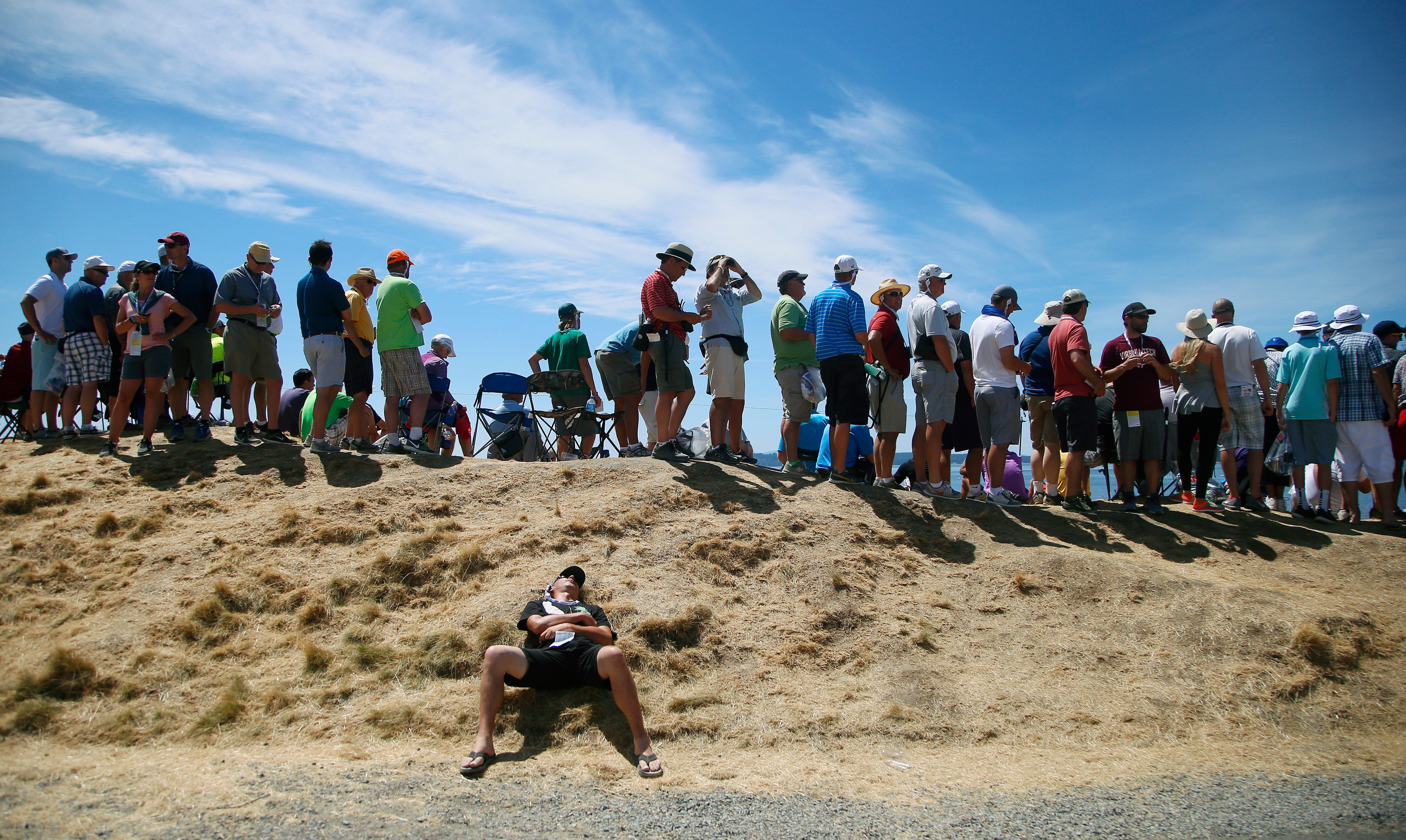 A fans takes a break near the second green during the final round of the U.S. Open golf tournament at Chambers Bay on Sunday, June 21, 2015 in University Place, Wash. (AP Photo/Lenny
AP Photo/Lenny Ignelzi

UNIVERSITY PLACE, Wash. (AP) Billy Horschel stepped to the microphone with an air of excitement.

Now that his U.S. Open was complete, Horschel let loose with a string of complaints about the condition of Chambers Bay this week, specifically the quality of the putting surfaces.

”We’re looking for something that’s very consistent. Every green is very consistent. And this week they’re not,” Horschel said. ”The only two greens out here that are really good are 13 and 7. And No. 10 is not too bad. But other than that, it’s just a very disappointing week to be here.”

Horschel’s emotions were on full display during his final round on Sunday. After missing a short par putt on the sixth hole, Horschel feigned slamming his putter into the green – although he says he was at least a foot above the putting surface. On the ninth hole, Horschel made emphatic zig-zag motions with his hand after his putt hopped back and forth on its way past the hole. 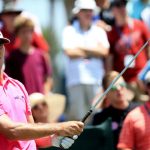 You may also like Billy Horschel Freaks Out On Greens During Final Round at U.S. Open

Normally a 3-under par round in the final round of the U.S. Open would be cherished.

”I played awesome golf today. I played out my tail to shoot 3-under par. And I really felt like I should have shot 6, 7 or 8-under, but I wasn’t able to due to the fact that some of the putts I hit just hit some really bad spots on the greens and got off line and didn’t go in,” Horschel said.

Horschel added he understands that fans are not interested in hearing complaints from players but that the conditions of this week needed to be brought to attention. He also brought up the fans and the difficulty in spectators being able to get around the course and close to the action. The course has been roped for safety and not for the ability of fans to clearly see what’s happening.

”I think a lot of players, and I’m one of them, have lost some respect for the USGA and this championship this year for the greens,” Horschel said. ”And not only the greens, one of the biggest issues I have is for the fans. Here we are in the Pacific Northwest, where we haven’t been since the late `90s for the PGA Championship, and the viewing is awful.”

GRAND SLAM WAIT: Phil Mickelson’s quest for the career Grand Slam will have to wait for Oakmont 12 months from now.

Mickelson concluded a disappointing week at Chambers Bay with a 73 in the final round, making double bogey on the 72nd hole to conclude his week of golf in the Pacific Northwest.

Mickelson was never in contention after the first nine holes as he tried to add the U.S. Open to his titles at the Masters, British Open and PGA Championship. Mickelson has been the runner-up six times at the U.S. Open.

Mickelson played his first nine at Chambers Bay in 3-under par and the final 63 holes in 16 over.

”It was fun to play here. The community helped run a really first-class event, and I wish I had played better,” Mickelson said.

Mickelson was considered a favorite because of his imagination around the challenging greens of Chambers Bay and he heeded the message of USGA executive director Mike Davis by getting a good look at the course prior to the arrival of tournament week.

But his iron play struggled, hitting only 43 of 72 greens in regulation. Mickelson noted after his round on Saturday that he had yet to make a double bogey despite his inability to score low.

That double bogey finally arrived on his last hole, his farewell to Chambers Bay.

DIVOTS: The USGA played the 18th as a par 5 rather than keeping with the rotation from the first three days and playing it as a par 4. The reason was a change in the winds from southwest to north on Sunday. Players had said the 18th was a great par 5 and questionable par 4. … Chris Kirk finished last among those that made the cut at 21 over and was 18 over on the weekend. He started his final round with a 10 on the first hole. … Cheng-Tsung Pan, who just turned pro after completing his college career at nearby Washington, was the last player in the field not to make a three-putt. That run lasted for 66 holes before a three-putt bogey on the 13th hole Sunday. … Ben Martin shot 86 in the third round. He shot even-par 70 on Sunday.