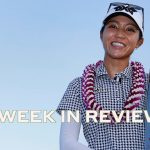 The Drop Zone: Lydia Ko gets back to her winning ways

Before he was a FedEx Cup champion with over $25 million in career earnings on the PGA Tour, Billy Horschel was a decorated amateur player. He was a four-time All-American at the University of Florida, and a two-time SEC Player of the Year. He was also a member of arguably the greatest Walker Cup team in history.

The 2007 Walker Cup was played at Royal County Down in Northern Ireland and featured a roster that reads like a who’s who of current Tour stars: Dustin Johnson, Rickie Fowler, Webb Simpson, and Horschel all played alongside each other and defeated a Great Britain and Ireland team that included Rory McIlroy and Danny Willett. And the margin was tight: 12.5 to 11.5.

On this week’s episode of Subpar, Horschel regaled hosts Colt Knost (who was also a member of that ’07 U.S. team) and Drew Stoltz with his memories of facing Rory McIlroy in three different matches — and how he managed to get under McIlroy’s skin.

Back in 2007, McIlroy’s star was already ascending. He had just claimed low amateur honors at the British Open at Carnoustie and was planning on turning pro right after the Walker Cup, which was being played on his home turf in Northern Ireland.

“He was impressive,” Horschel said. “But, I mean, did I think he would be the guy is he now? No.”

Horschel played with Rickie Fowler in both morning foursomes matches, and they won handily on Saturday, 4&3, against Lloyd Saltman and Rhys Davies. That afternoon, Horschel faced McIloy in singles and Horschel triumphed 1-up.

In his Sunday morning foursomes match with Rickie Fowler, Horschel again faced McIlroy, who was paired with Jonathan Caldwell. The two had halved their foursomes match against Dustin Johnson and Knost the day before.

Horschel recalled that he and Fowler were 4-down on the front nine after the first five holes. Captain Buddy Marucci appeared to give them a pep talk, but Fowler and Horschel assured Marucci that they would be fine. Sure enough, Horschel says they were all square at the turn and ended up winning the match 2&1. Before they had claimed victory, though, Horschel hit a great bunker shot that looked like it might go in.

“And so, the first hole [of Horschel and McIlroy’s Sunday afternoon singles match], [McIlroy] nukes a drive,” Horschel continued. “I mean, he hit one so far down there, he had like literally an 8-iron into the green. He hit it to 15 feet, and I had 10 feet for birdie or whatever. And he makes this eagle putt, and he gives out the biggest yell, because he’s letting me know, this s— ain’t happening anymore. This is my house today. And I was like, damn, I’m f—–.”

McIlroy went on to win the match 4&2. But Horschel says the British press branded with a reputation as an obnoxious American.

“I said I was passionate,” Horschel countered. “I said I was the Sergio Garcia of the American team. So I thought that was a fair analogy.”

For more from Horschel, including the putting tweak that led to the biggest payday of his career, check out his entire Subpar interview below.