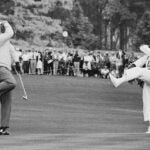 Jack Nicklaus is Augusta National’s ultimate champion. The Golden Bear won six Masters titles in his career and continues to be a prominent figure at the club several years after he last competed there.

He’s had memorable victories (1986, anyone?) and unexpected runs (remember 1998?), yet he still says one Wednesday shot remains his greatest Masters memory. And that shot wasn’t even struck by Jack — it was the hole-in-one his grandson G.T. made during the 2018 Masters Par-3 Contest.

“That’s pretty special,” Nicklaus said later that day. “Curtis [Strange] asked me going by where that ranks. I said, ‘That’s No. 1.’ My wins, that’s OK, but to have your grandson make a hole‑in‑one and watch him do it, man, that’s amazing.”

Scroll above or below for a brief look at some of Nicklaus’ best, and most iconic, Masters moments.

‘This is eating me inside’: Rules official apologizes for Annika Sorenstam ruling error 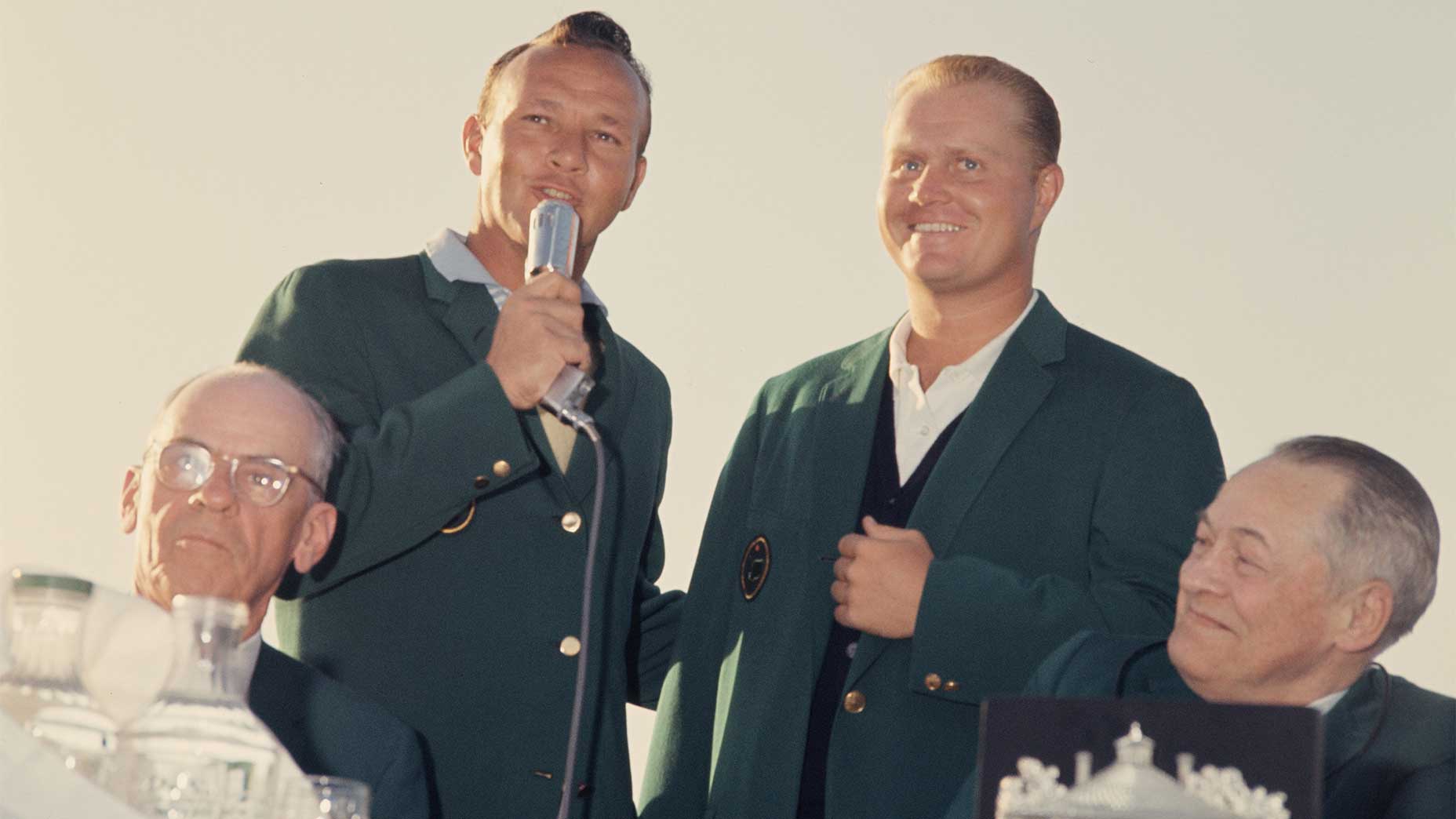 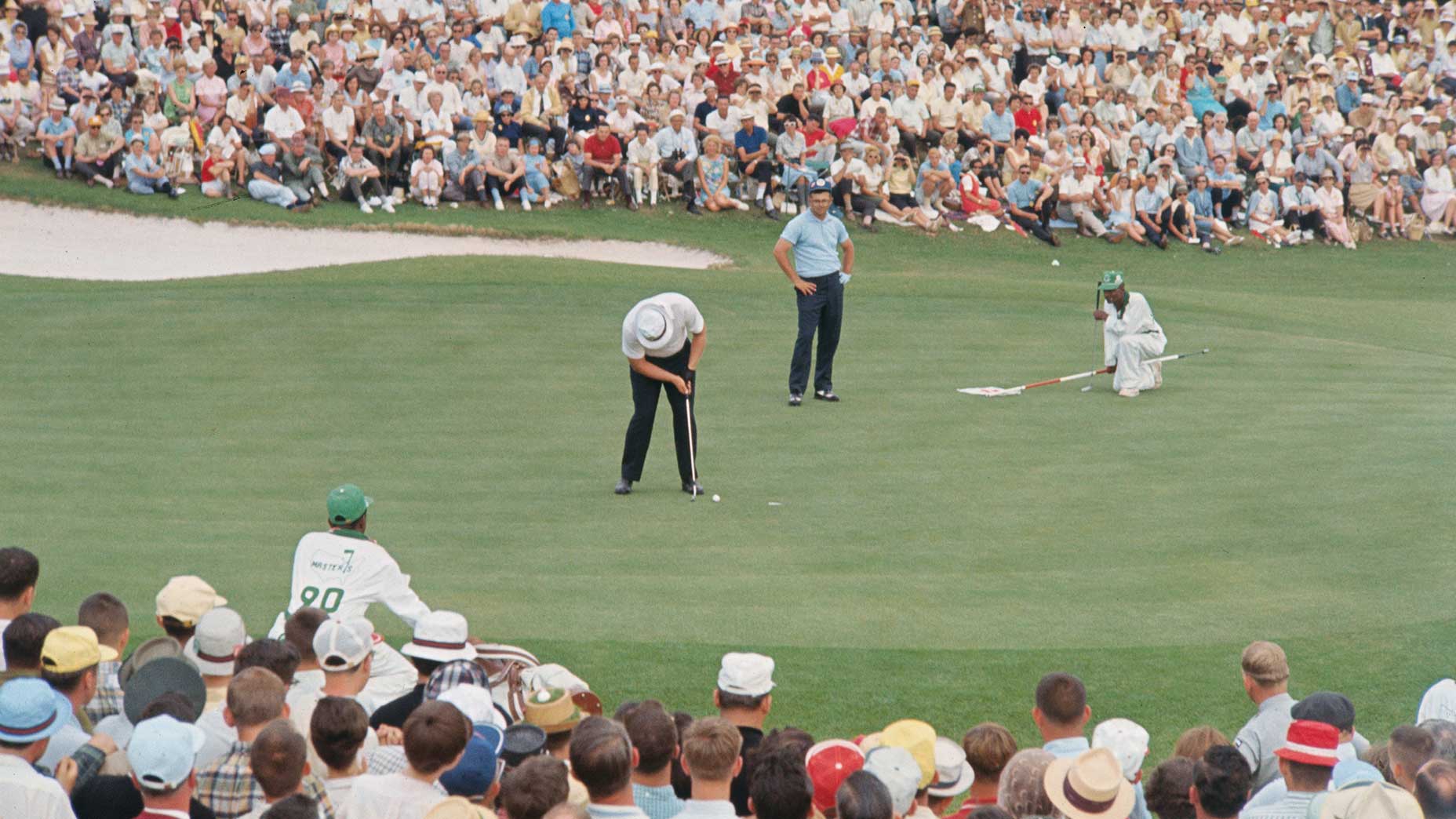 Jack Nicklaus drained this putt in the final round of the 1965 Masters, winning for the second time and shooting a record 271. Bettmann 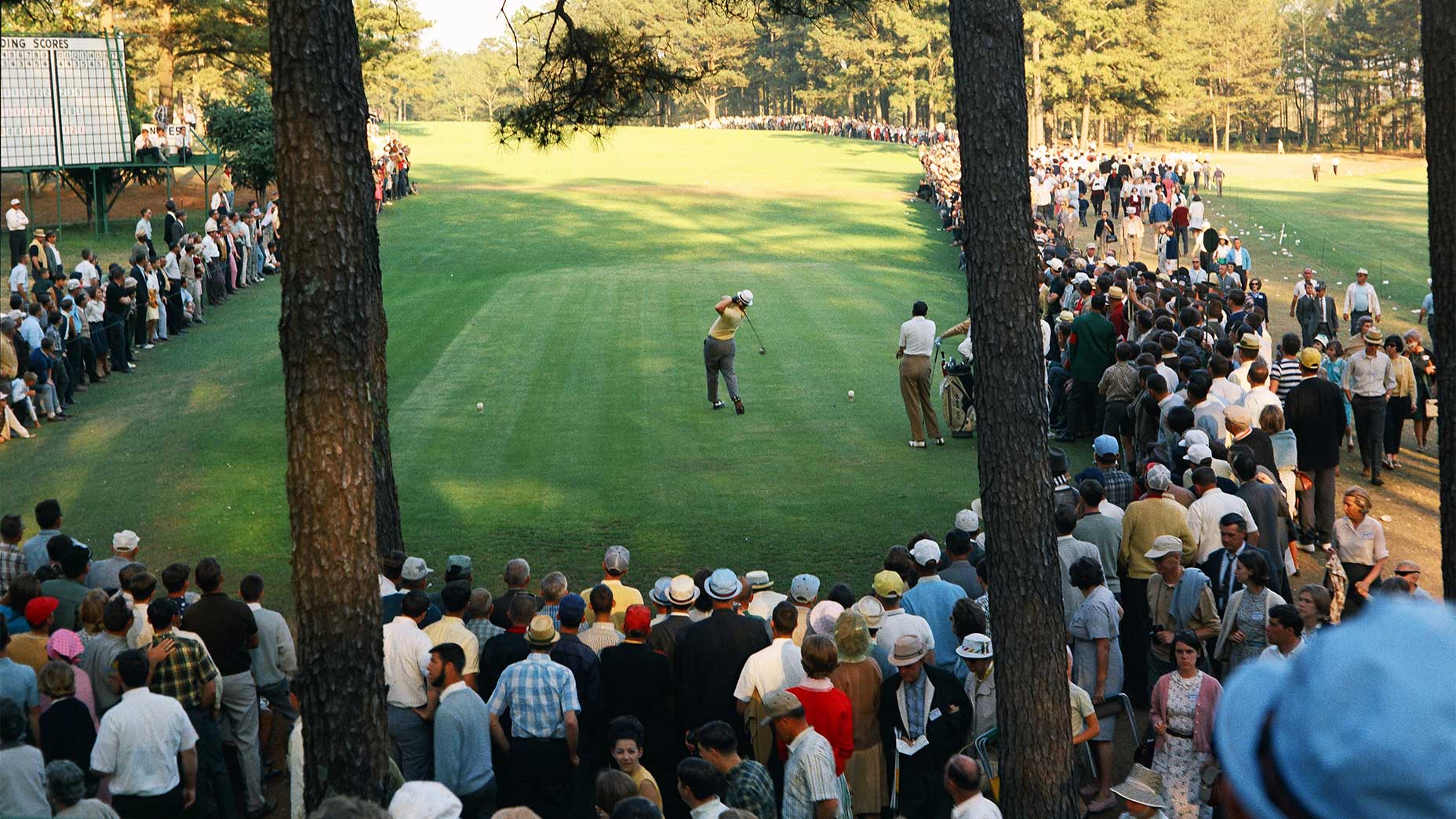 Jack Nicklaus tees off during the 1966 Masters, which he won for his third green jacket. Augusta National/Masters Historic Imagery 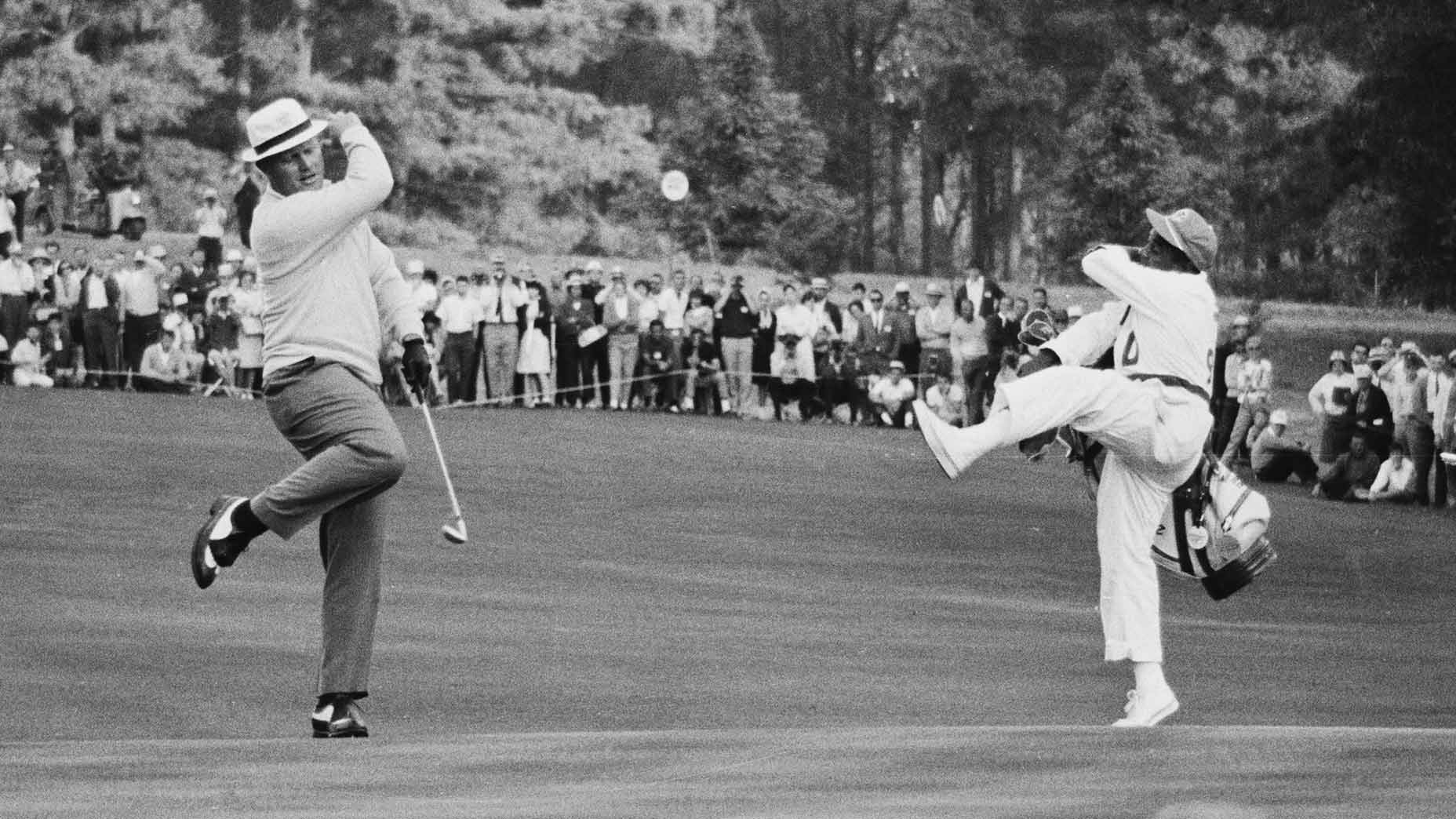 Jack Nicklaus and his caddie celebrate a birdie on the 15th hole at the 1966 Masters. Bettmann 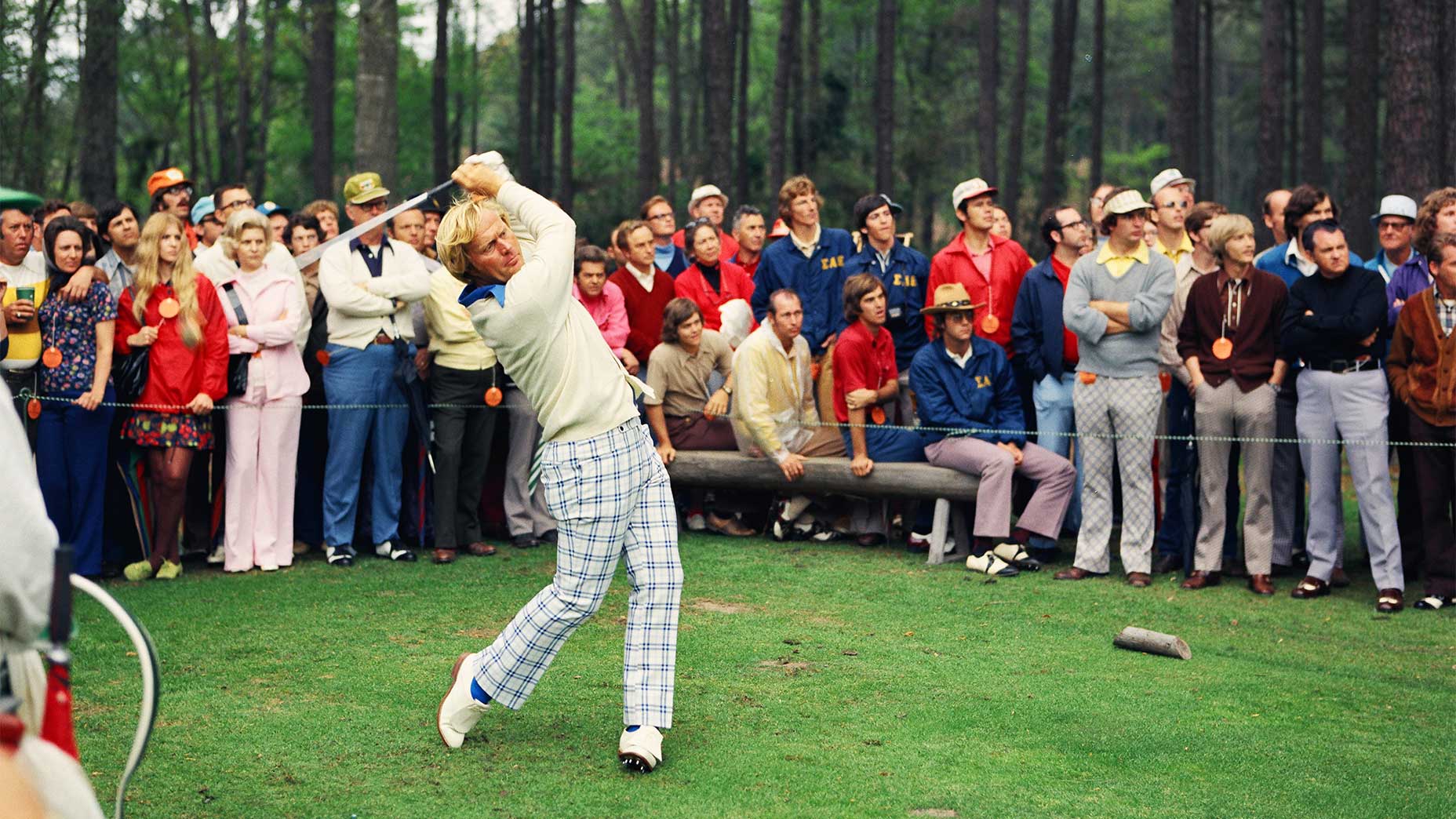 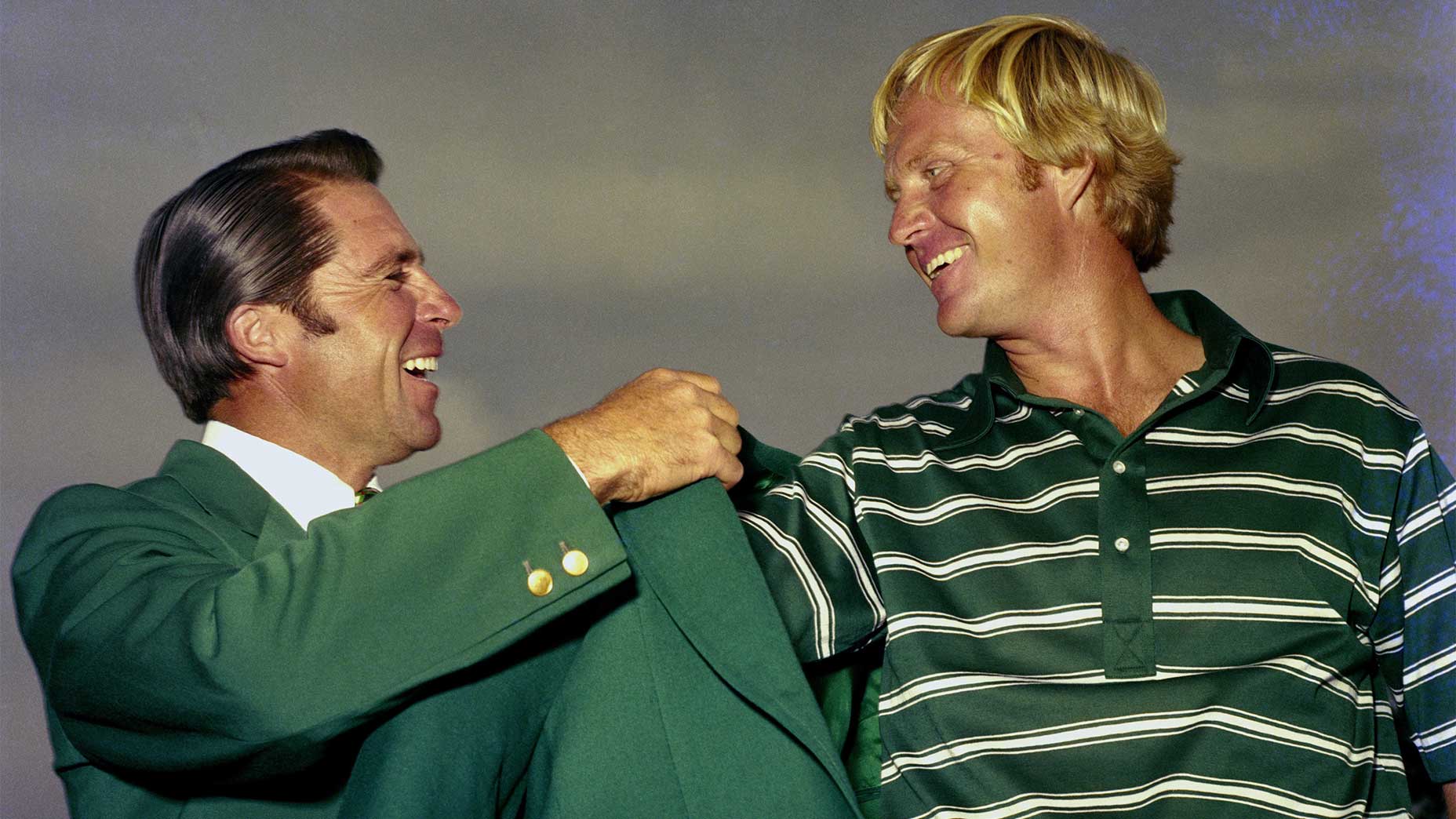 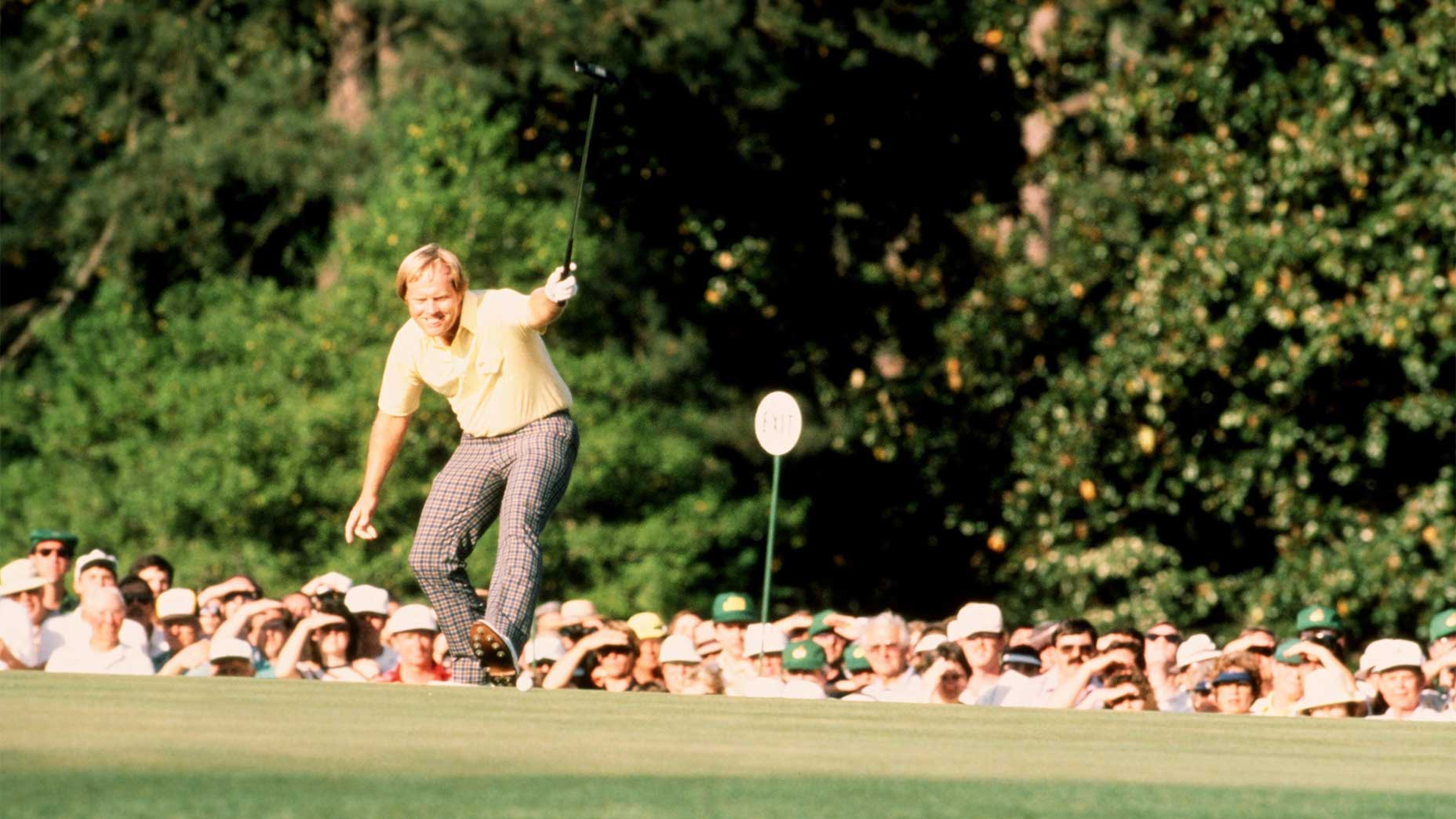 The iconic Jack Nicklaus photo (and call, "Yes, sir!") after he drained a birdie putt on the 71st hole of the 1986 Masters. Nicklaus parred the 18th hole to shoot 65 and win. Augusta National/Getty Images 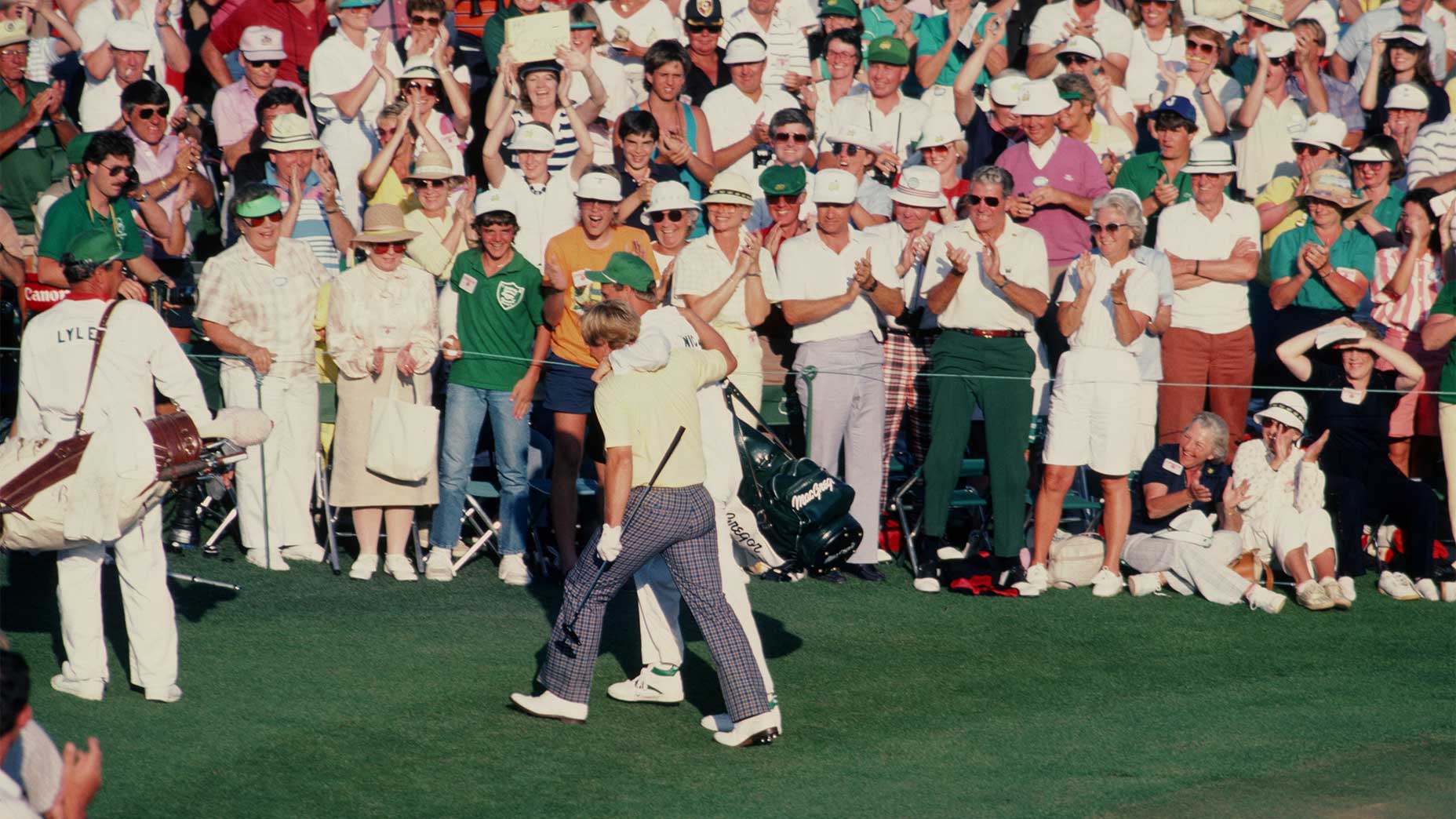 Jack and his oldest son, Jackie, walk off the green at the 1986 Masters. Augusta National/Getty Images 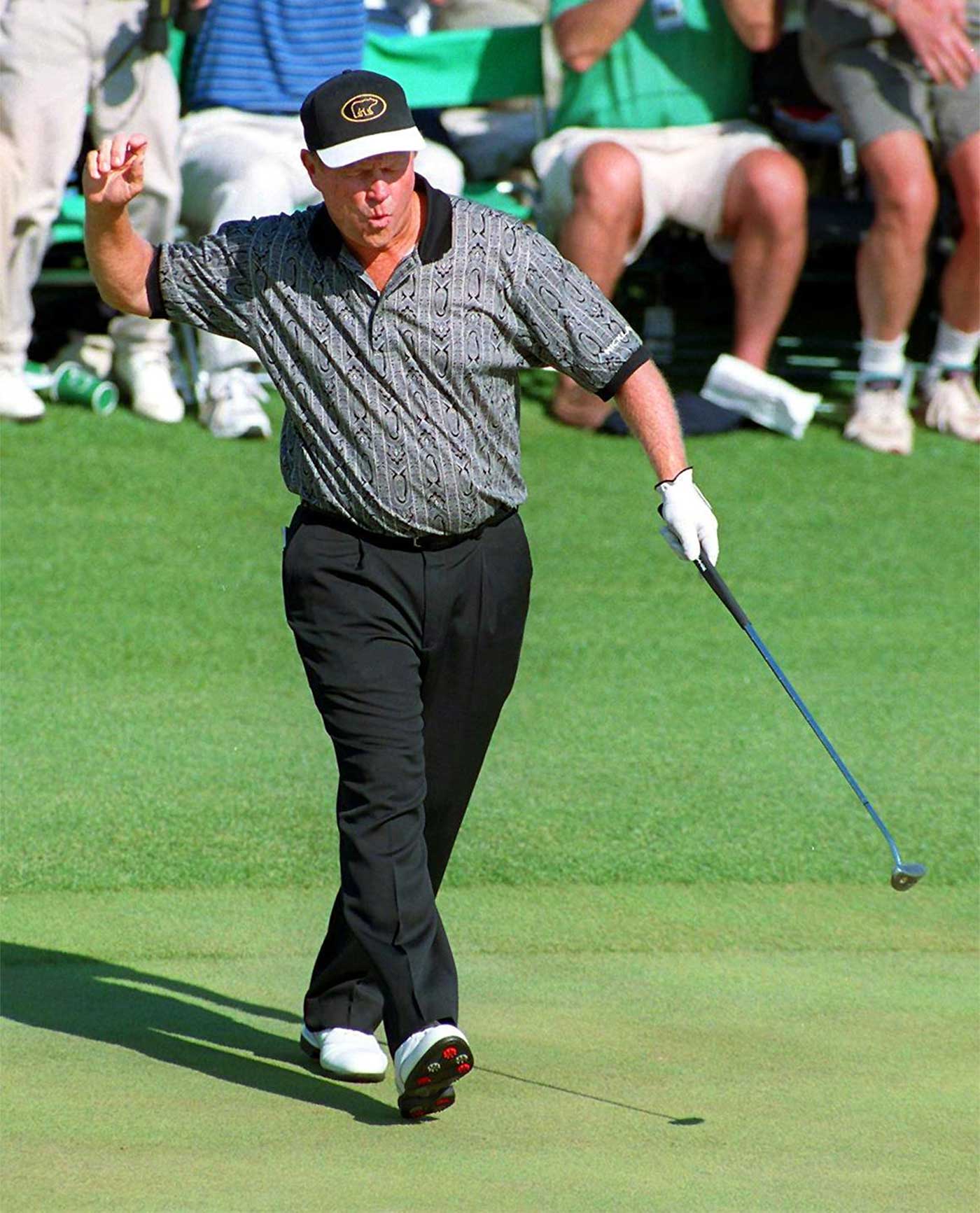 Jack Nicklaus turned back the clock at the 1998 Masters. At age 58, Nicklaus made a Sunday charge and got within two of the lead. He shot 68 in the final round and tied for 6th. AFP via Getty Images 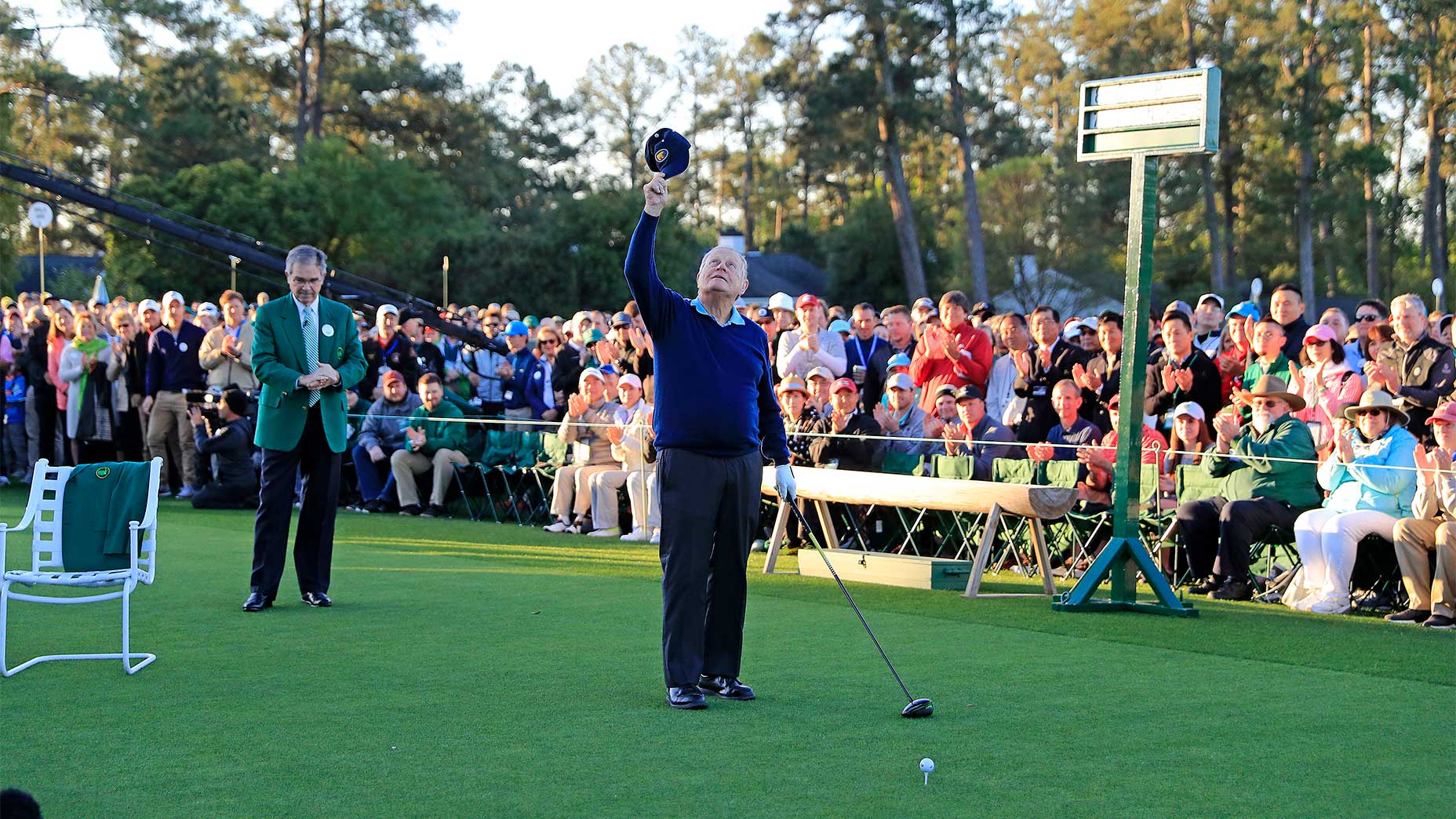 Jack Nicklaus pays tribute to the late Arnold Palmer during the ceremonial opening tee shots at the 2017 Masters. Augusta National via Getty Images 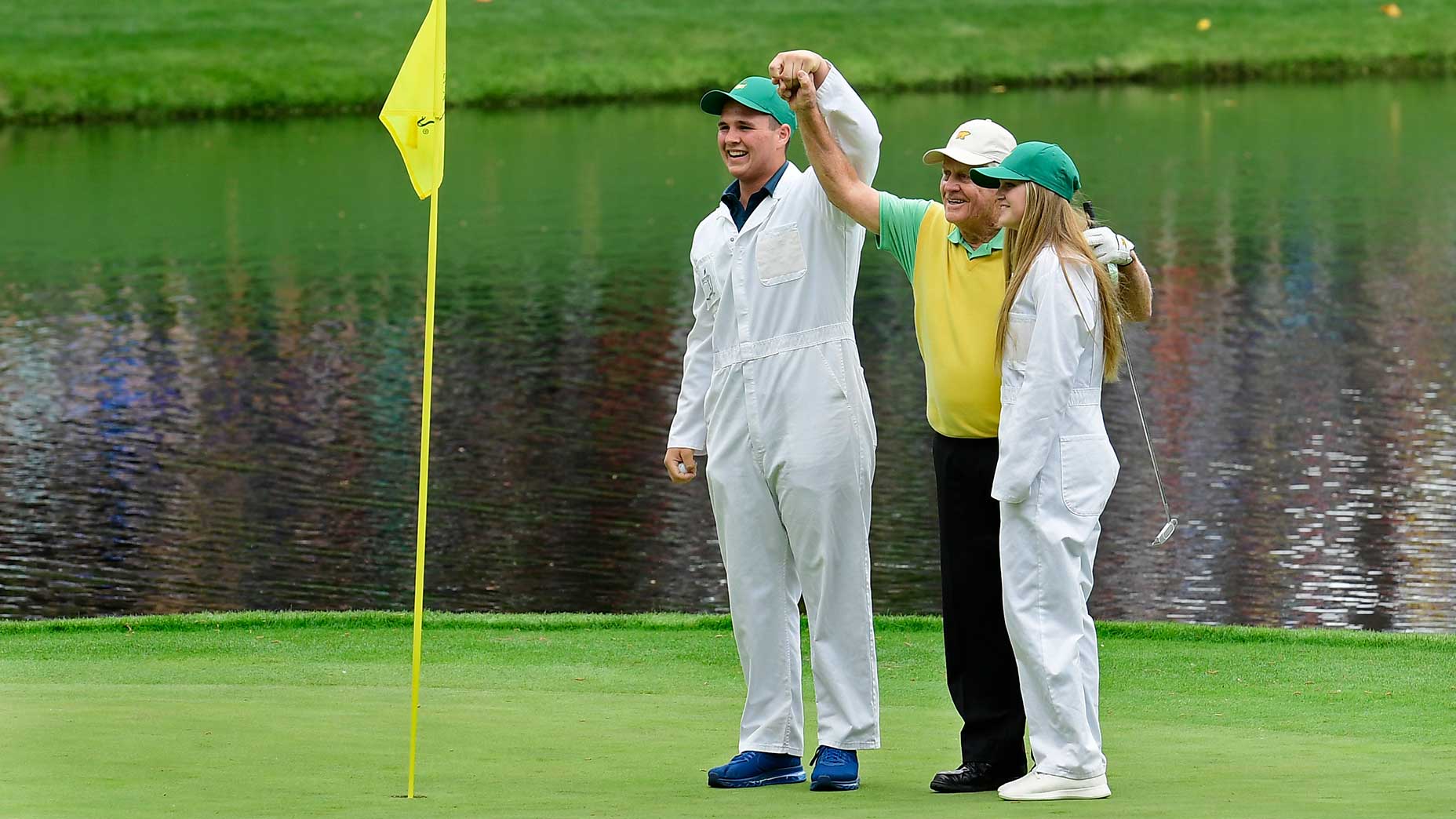 Jack Nicklaus looks to the crowd with two of his grandkids after one, G.T., made a hole-in-one during the Par-3 Contest in 2018. Augusta National via Getty Images