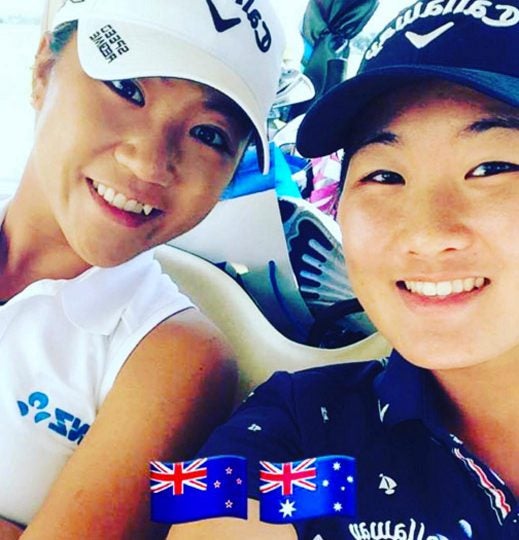 Lydia Ko, 15, is currently tied for sixth after a one-under 71.
David Cannon/Getty Images

DALY CITY, Calif. (AP) — Lydia Ko hit a 3-wood to 3 feet for eagle to finish off Minjee Lee on the first hole of a playoff Sunday in the chilly LPGA MEDIHEAL Championship.

Ko won her 15th LPGA Tour title and first since July 2016, a 43-event stretch marked by changes in instructors, caddies and equipment and a large weight loss.

Five days after turning 21, the New Zealander won for the third time at Lake Merced after taking the Swinging Skirts LPGA at the tree-lined layout in 2014 and 2015.

“It’s crazy because I was 3 over for the day at one stage and I said, ‘Hey, you’ve just got to focus and you never know what’s going to happen,'” Ko said. “I was able to kind of put my game together on the back nine. When that putt dropped, I was like, ‘Oh, my God.'”

More than 20 yards behind Lee in the fairway on the par-5 18th in the playoff, Ko hit a 3-wood that cleared the tree limbs on the right, landed in front of the green and rolled inches by on the right side.

What a way to finish! Lydia Ko just locked up her first LPGA win since 2016! pic.twitter.com/52rCEnxogS

“I knew that I needed to catch my 3-wood really solid,” Ko said. “I think the big thought process for me was, ‘Hey, try and hit a 3-wood like I did it on the 15th hole.’ I was able to kind of copy that and I heard it almost tried to go in for a 2, which obviously wasn’t running through my mind.”

She took her time with the short winning putt.

“You don’t get that many opportunities like that,” Ko said. “Even though it’s short, it makes it a little bit nerve-racking because it’s a length that you know you should make.”

Lee, the 21-year-old Australian who won the 2012 U.S. Girls’ Junior at Lake Merced, hit her second shot into the rough near the right greenside bunker and made a 10-foot birdie putt.

Playing in the group ahead of Ko and Jessica Korda, Lee holed out from a greenside bunker for birdie on the par-3 17th.

“Jess gave me a bottle of vodka for my birthday and she said it’s really smooth,” Ko said. “I don’t know if vodka’s ever smooth, so maybe we might open that.”