PINEHURST, N.C. — In what was one of the largest playoffs in U.S. Amateur history, 27 players battled for three final spots in the match play portion of the tournament. On paper, it’s plenty intimidating. In person, it was a three-hour-and-46-minute gauntlet.

After two competitors made birdie on Pinehurst No. 4’s 1st hole, 18 players remained for just one spot. Austin Squires became that man. Cinderella Man. Scores of par-par-birdie-par on holes 1-2-17-18 pushed Squires through to the round of 64. What an accomplishment! But Squires was met immediately with a sobering reality. Squires had earned the right to take on human buzzsaw Brandon Wu.

Wu was crowned medalist after playing to a score of 3 under through 36 holes on Pinehurst’s No. 2 and No. 4 courses. He had arrived at Pinehurst Monday morning, just hours prior to his first round tee time, on a red-eye flight from the Pan-Am games in Peru. (He helped lead the United States team to the gold medal.) Recall that he also qualified for both the U.S. Open and British Open without exemption earlier this year, and helped lead the Stanford men’s team to the NCAA title in May. It’s been a good summer in the Wu world. 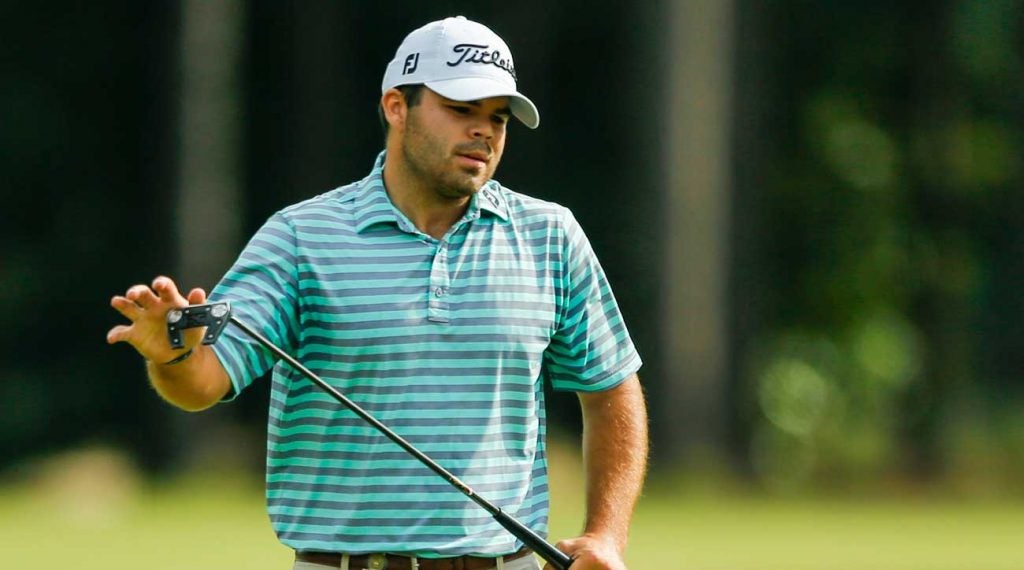 Austin Squires is back at the U.S. Amateur for a third time.
Courtesy USGA

After a short nap, he made just four bogeys across the two opening rounds. On Wednesday morning, Wu rested and accepted his medalist medal with the widest smile. Squires cut his teeth for 226 minutes. So yes, you could call him the underdog. Or, like his friends, you could just call him “Squirrels.”

Either way, he’s making his third-straight appearance at the U.S. Am. He advanced to the quarterfinals in 2018 at Pebble Beach before running into another buzzsaw, perhaps the greatest in U.S. Amateur history: Viktor Hovland. Hovland won his final four matches without reaching the 17th hole, and has used that performance as a springboard to his professional career.

Squires continues to grind on the amateur circuit, ranked as the 146th-best in that world. He and Wu tee it up at 3:10 p.m. Not all matches are created equal—but then, all we play for in this game is a chance.