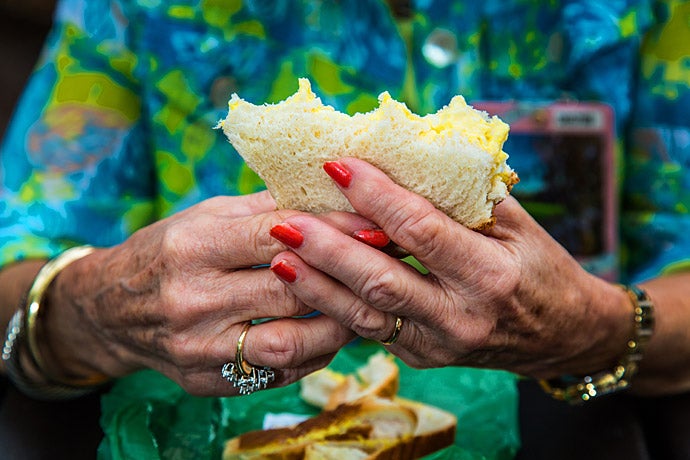 Nick Rangos, the maker of the famous pimento cheese at Augusta National, died last weekend at the age of 86.

Rangos’ recipe was used in creating the pimento cheese sandwiches—enjoyed by patrons and players alike—for more than four decades. It was even the topic of a 2013 feature by ESPN The Magazine senior writer Wright Thompson. His egg salad was also distributed at Augusta National but never caught on to the extent that the pimento sandwiches did.

The Aiken, S.C., man was a mainstay in the catering business, but lauded by his family as an “entrepreneur.” He is survived by his widow, Irene Sango Rangos, and his three children, Billy Rangos, Stella Alexander and Crystal Katherine Rangos.