How Augusta National, CBS and IBM teamed up to make sure online Masters viewers never missed a shot

The 2019 Masters always will be remembered as the tournament in which Tiger Woods ended an 11-year major-victory drought. History, however, also was made on a separate front: This was the first major in which every shot on every hole was available to fans viewing on the Masters app and Masters.com.

The irony is that Augusta National historically has been stingy with coverage of the Masters. It wasn’t until 2002 that TV viewers saw full final-round coverage, and the broadcast window remains small in comparison to other majors.

In the digital space, however, former chairman Billy Payne presented a vision of “how technology could present the Masters in ways people couldn’t imagine,” says Noah Syken, IBM’s VP, sports and entertainment partnerships. That has carried over under current chairman Fred Ridley.

During the 2018 Masters, Syken says, Augusta National discussed the every-hole, every-shot concept with its media partners, leaving them less than a year to develop bulletproof technology. The stakes were high. Mike Francis, VP, remote engineering and planning at CBS, says the network’s “must-succeed” attitude was “even more heightened when doing something surrounding the Masters.”

The fact that fans were able to view every shot struck by every player is both a technical triumph and, perhaps, a template for the future of golf coverage.

Start with the basics. CBS used 110 cameras at the Masters, roughly 25 more than in 2018. That was necessary to cover every tee shot, fairway and green during the three-hour window when there was play on all 18 holes. With so many more cameras on course, Francis says many of the handheld operators in the fairways were flying solo. “They didn’t have a director in their ears all the time,” he says. 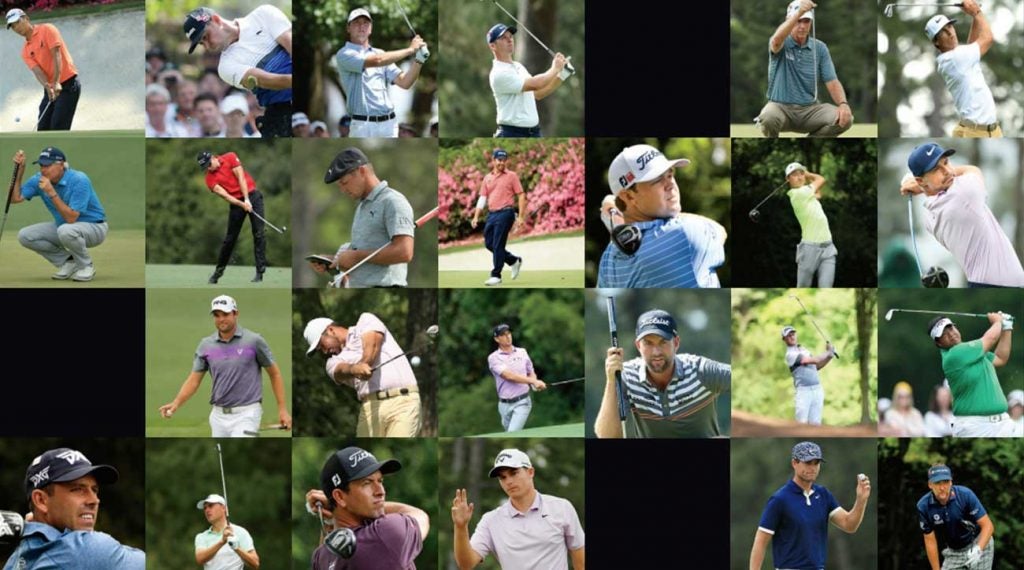 If you wanted to see every shot at the Masters, you had your chance.
Getty/USA Today

CBS didn’t have enough space onsite for the technicians to handle all of that additional content, so it transmitted it to offices in Atlanta and the UK. The footage was “broadcast-quality, but not necessarily web-friendly,” Francis says, so CBS’ high-resolution recordings had to be transmitted to IBM in a format that could be posted online automatically. CBS went so far as to develop custom monitoring to track clips from creation to posting on the Masters app. “If something were to fail, it would give us an idea of where the issue occurred,” Francis says.

IBM’s job was to find creative ways to present all of those golf shots to viewers using the app or Masters.com.

During play, fans were able to see shot-tracking tech and video of each shot. At day’s end, they could watch every shot a player struck during a round in the space of 20 minutes. Still too long? IBM this year introduced its “Round in Under Three Minutes” feature. IBM’s Watson AI scoured the footage for visual and audio cues — the roar of the crowd, a fist pump after a birdie — to cherry-pick the most significant moments from each player’s round. Watson, being something of a golf nerd, knew to include all birdies.

Because it was fully automated, all of this content was available within five minutes of the end of each player’s round.

Augusta National is expected to add new features to the every-shot, every-hole coverage in 2020. “The kinds of experiences we can create are almost never-ending,” Syken says. The same could be said of the ramifications. Francis says the model created for the Masters, which typically invites fewer than 100 players each year, is “very scalable.” It’s easy to imagine a full-field PGA or U.S. Open in which every shot is available digitally.

Syken again: “The ability to integrate that data and apply AI to it and create other experiences is almost infinite.”