The second round of the AT&T Byron Nelson is in the books, and based on Friday’s action, Moving Day should be filled with plenty of excitement in Dallas at Trinity Forest. Sung Kang had an extraordinary round on Friday, tying the course record with a sizzling 10-under-par 61. His perfect scorecard included 10 birdies and zero bogeys. At 16 under par overall, he leads by four shots over his closest competitor at the tournament’s halfway point.

The 31-year-old Kang is seeking his maiden Tour victory this week. He has two top-ten finishes so far this season. Though he has a big lead, he’s being chased by some familiar names. Three-time major champion Brooks Koepka is only five shots back at 11 under par overall, and two-time PGA Tour winner Matt Every is four back at 12 under par overall. Also in the mix: Rory Sabbatini, Beau Hossler, Martin Laird and Jordan Spieth, who is nine shots back at seven under par overall.

Saturday’s groupings will be comprised of threesomes off of both the first and tenth tees. Kang, Every and Tyler Duncan will tee off at 12:40 p.m. ET off the first tee. Kopeka, Sabbatini and Laird will tee off just before, at 12:28 p.m. ET, and Jordan Spieth will play with Matt Jones and Jonas Blixt at 12:04 p.m. ET.

Third round coverage on Saturday will begin at 1:00 p.m. ET on Golf Channel, followed by CBS at 3:00 p.m. A full list of the third round tee times is below. 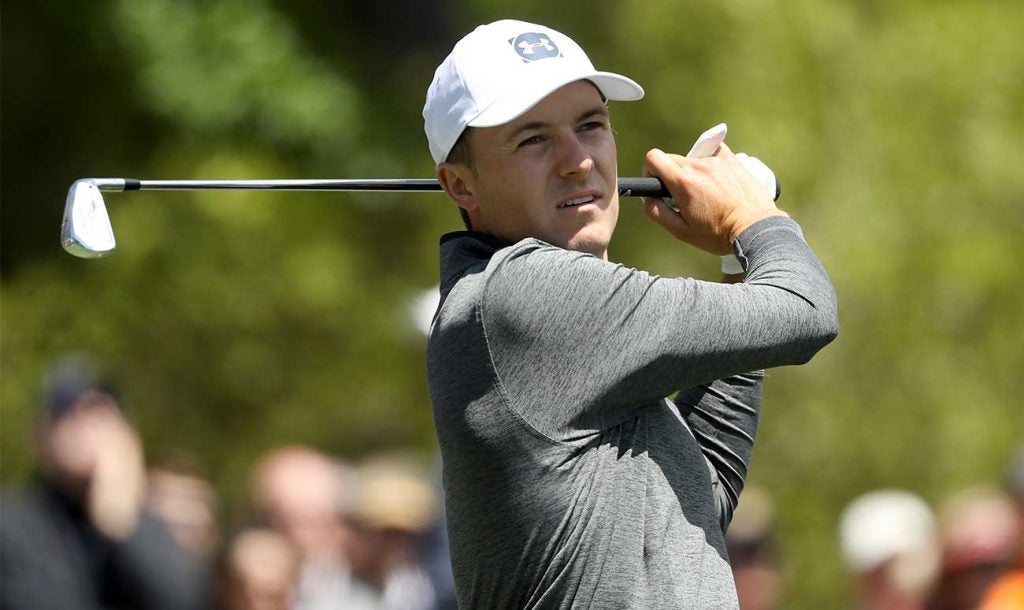