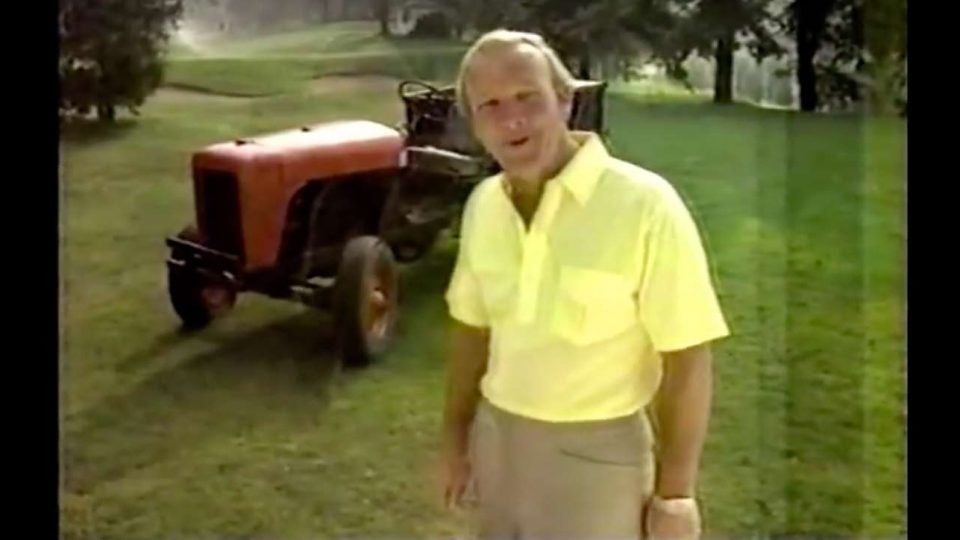 At this year’s Arnold Palmer Invitational, fans of the King will have a new memento to enjoy.

Palmer’s iconic orange tractor, which famously appeared with Arnie in TV ads for Penzoil in the 1980s, is reportedly en route from Palmer’s home base in Latrobe, Pa., to Orlando. Before its television debut, Palmer used the now-71-year-old Toro tractor on the grounds at Latrobe Country Club until 1980. The tractor still runs, and it was brought out for special appearances for the rest of Palmer’s life. It will be shipped to Bay Hill via trailer.

The Latrobe club’s general manager, Jack Nelson, said that the tractor was a source of pride for Arnie.

“He rode it as a kid. He used it when he helped his dad, Deacon, around the course,” Nelson said.

The tractor is part of a new collection of memorabilia that will be on temporary display at Bay Hill next week. Additional items include the set of clubs Palmer used to win his high school state championship in 1947.

And as for the tractor, once the event is over it will roll out of town and make the 970-mile return trip to Latrobe.

Palmer died Spet. 25, 2016 at age 87. This will be the second edition of the Arnold Palmer Invitational since his passing.

Here’s a look at one of his Penzoil commercials, featuring the tractor. As a reminder, Palmer had infinitely more charisma when not reading from a script.