Arnold Palmer and the Drive That Changed Everything 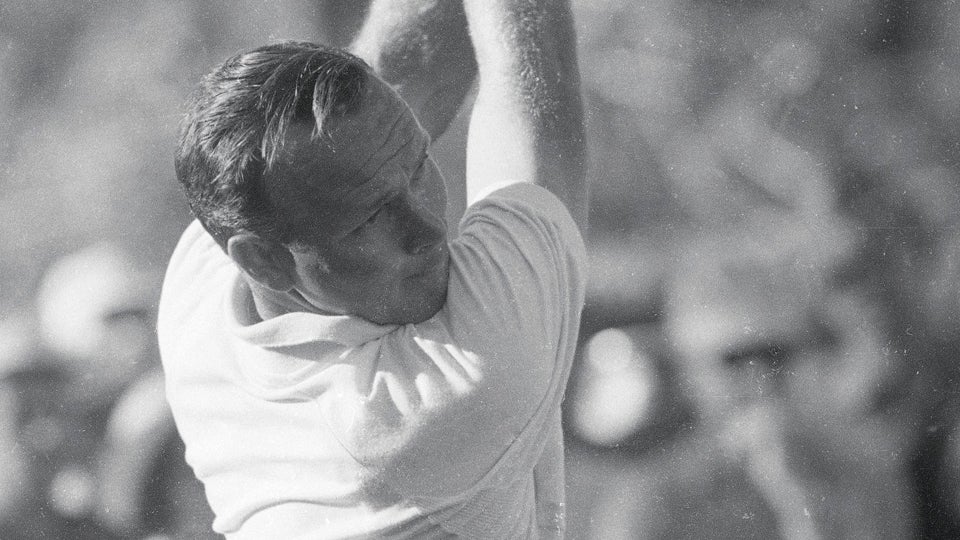 Arnold Palmer was seven shots back as he marched to the first tee for the final round of the 1960 U.S. Open at Denver’s Cherry Hills. And he was ticked off. Minutes earlier, he asked Pittsburgh sportswriter Bob Drum, “I may shoot 65—what would that do?” “Nothing,” Drum said. “You’re too far back.” “The hell I am!” snapped Palmer, who took a mighty lash and drove the green on the 346-yard, par-4 first hole. After a two-putt birdie, the charge was on. “I felt a powerful surge of adrenaline,” Palmer remembered. “Something big was happening.” Indeed. He added five birdies in the next six holes.

Paired in that final round, a young Jack Nicklaus and an ailing Ben Hogan made valiant runs at the title but faltered late. (Nicklaus would have won, said Hogan, “if he had a brain in his head.”)

Palmer tapped in for a par on the 72nd hole for a 65—and a visor-flinging, two-shot win over the 20-year-old Golden Bear. Arnie had gone from charismatic star to hard-charging icon, claiming his first, and only, U.S. Open title. That day, writer Robert Sommers later noted, golf witnessed “the coronation of Arnold Palmer, the emergence of Jack Nicklaus and the last gasp of Ben Hogan.” Golf had new royalty—a King.