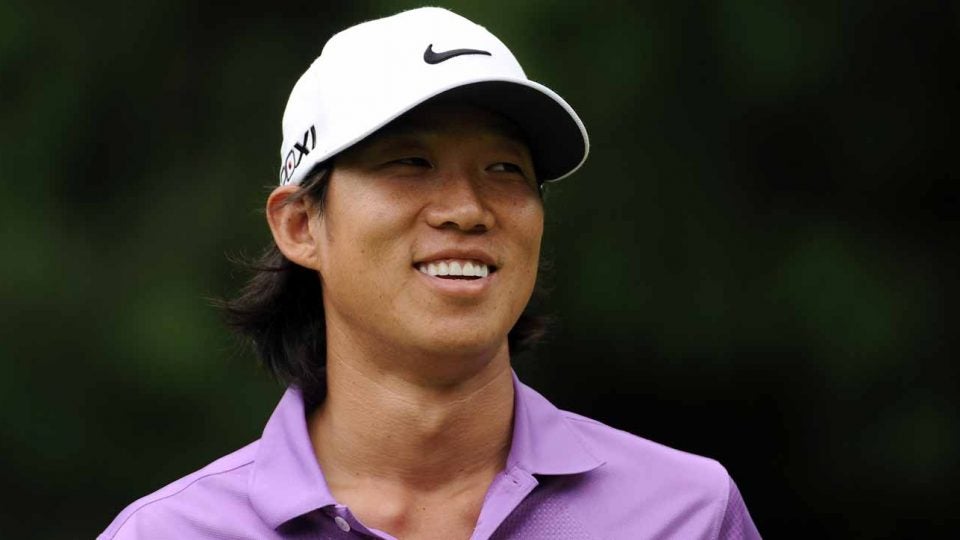 Anthony Kim was a more-than-generous tipper, according to his coach Adam Schriber.
Getty Images

Anthony Kim Stories make up an entire subgenre of the golf world. Few stars have burned as bright, and few stars have disappeared so suddenly and completely. These days, Kim is almost never heard from, only occasionally seen (like when our friend Ben tracked him down in California last year) and he doesn’t seem to be playing much golf. As a result, all we’ve got are those stories, and we cherish them.

Now, thanks to Chris Como’s interview of former Kim coach Adam Schriber, we’ve got an all-time AK story to add to the canon — and a reminder of the type of actions that turned Kim into a legend. Schriber joined Como on his show “Swing Expedition” which was teased out with a clip on Monday.

In the clip, Schriber tells a story from 2008, when Kim won $4.7 million on the course. Schriber and Kim went to a California Pizza Kitchen in Palm Desert, where they were served by a pregnant waitress. Kim made an off-handed remark that her husband must be excited about the baby, which didn’t get the reaction he was expecting — instead, she broke down and explained that her boyfriend had just left her.

Kim, of course, hadn’t seen that coming. But the story clearly left an impression on him.

Schriber remembers the scene when they returned to the restaurant several months later.

“This waitress came running out of the back and showed Anthony a picture of the baby and gave him a hat and a big hug and they looked like they’d known each other for 30 years,” he says.”And I was like, ‘Dude, what was that all about?’ And he was like, ‘Well, remember when I stuck the size 12 in my mouth?’ And I was like, ‘Yeah.’

“He was like ‘Yeah, I left her — I can’t remember, it was either a $10,000 or $20,000 tip,'” Schriber says, emotional in his retelling. “And that’s the coolest thing to me, because this is a kid that when he was younger his family didn’t have a lot of money and I chose to help him, because I saw the potential, for no payment. And to see him give back and do things for other people — man, that makes me feel supernatural.”

Anthony Kim, golf legend and now an inspiration here at the beginning of the Giving Season. You can watch the clip below — and take in the full episode of Swing Expedition on Golf Channel Monday night at 7 p.m.