Poppie’s Pond is calling: Everything you need to know about the ANA Inspiration 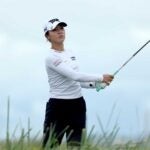 Lydia Ko was in the hunt at the Women's British Open just a few weeks ago.

Golf fans with their eyes set on Winged Foot can stay patient. We’ve got another major on deck this week in California: the ANA Inspiration.

The best female players in the world — 104 of them, to be exact — will tee it up in the sweltering desert heat at Mission Hills Country Club in Rancho Mirage, Calif., this week. The event that normally takes place in the end of March or beginning of April was pushed back due to the coronavirus pandemic. A full five months later, here we are. Here’s everything you need to know about the third major championship of 2020.

The sun is hot

A record-setting heat wave swept through parts of California on Labor Day weekend and it isn’t exactly cooling off. The LPGA Tour is more than prepared, and is even allowing caddies to ride in carts or use push carts this week.

High temperatures are expected to be at or north of 105 degrees all weekend, so the LPGA will also provide cooling towels for everyone on site. Rest assured, it’ll be doubly nice for whoever dives into Poppie’s Pond after winning it all come Sunday.

The field is … getting there

Avid LPGA Tour fans will notice someone is missing from the field — world No. 1 Jin Young Ko, who just happens to be the defending champion at the ANA. Ko hasn’t played an LPGA event since November and is currently at home in South Korea due to concerns about the virus. As a result, she’s held that top spot, but will miss her second major of the LPGA season.

One of her fellow countrywomen is back, however. Sung Hyun Park, the No. 3 player in the world, who similarly sat out the Women’s British Open last month, will be playing her first LPGA Tour event of the 2020.

It’s been no secret that Lydia Ko is back to playing solid golf once again. The former No. 1 player in the world nearly won a month ago in Ohio and has made every cut since, with a pair of top-15 finishes at the Scottish Open and Women’s Open across the pond. Fans thirsty for another major from Ko have plenty of reason to love her chances this week. She is returning to the site of her second major win, which took place in 2016.

In the last five years, no other major has produced playoffs at the same rate as this one. Is there something in Mission Hills that drives extra golf? It’s hard to say, but no playoff was more exhausting and intense as the eight-hole version that finished on a different day than it started in 2018. The final-hole par-5 has created quite the stage for playoff heroics. Just ask Brittany Lincicome.

Just like the PGA Tour has done this week, we’ll get some frivolous Wednesday action as Christina Kim and Angela Stanford take on Katherine Kirk and Amy Olson in a televised match for charity on Golf Channel. All you had to promise was Kim mic’d up playing golf and we were going to be all-in. But we’ll also get a peek at how the course will play during the weekend in the heat. A perfect preview.

Check out women’s gear in our Pro Shop