After spending night in ER, Baylor freshman shoots 72 to help team to nationals 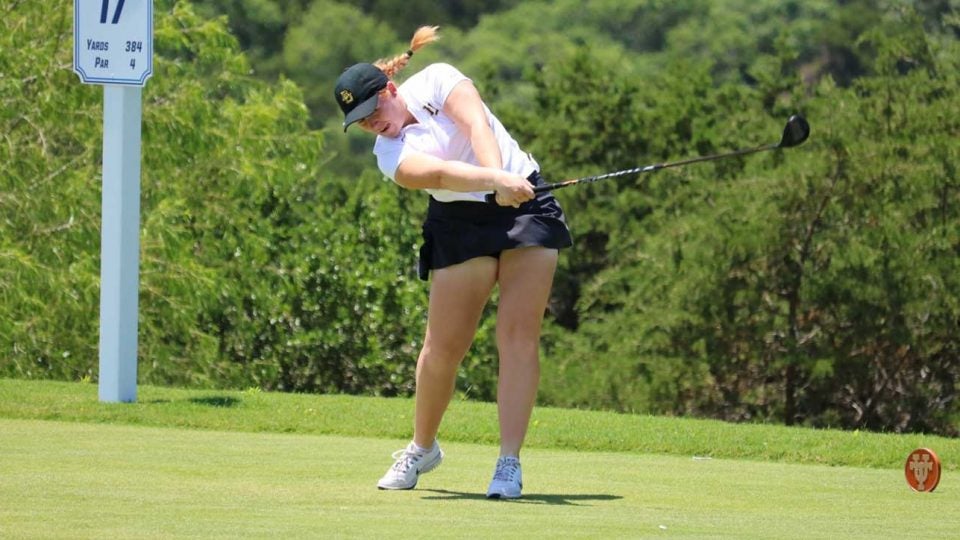 A baffling virus wreaked havoc on the NCAA women’s golf regional in Austin, Texas, and it led to one Baylor freshman coming up big for her squad.

Golfweek’s Beth Ann Nichols reported that a virus infected many players (and some coaches) in the field at the University of Texas Golf Club Tuesday and Wednesday. Some players went to the hospital, and East Carolina didn’t even have enough players to post a team score. According to reports, nearly a dozen players/coaches were hit with the virus.

The Baylor women were in a four-way tie for fourth entering the final day and needed to finish in the top six to advance to nationals. But the road to the next round got rockier when Maria Vesga had to withdraw due to the virus after seven holes on Wednesday, meaning the Bears needed all four remaining players to post a score to keep the team’s NCAA Championship hopes alive.

They did, and one of those players was freshman Diane Baillieux, who spent Tuesday night in the hospital and yet still shot an even-par 72 Wednesday. Baillieux, Gurleen Kaur (71), Amy Lee (71) and Fiona Liddell (74) led the Bears to a 288 on the day, which gave them a team score of 869 and secured a top-six spot and trip to the next round.

The NCAA Division I Women’s Golf Championships are May 18-23 in Stillwater, Okla.

Maria Vesga gave it her all, but she’s forced to withdraw after 7 holes due to a virus. Bears will need the four remaining players to finish the round for a chance to advance to nationals. #SicEm #NCAAGolf pic.twitter.com/19RkSYpcpP

Spent last night in ER with a virus.

Shot final round of Even-Par 72.

For the third time in the last four seasons, Baylor Women’s Golf is headed to the NCAA Championship!!! #SicEm #NCAAGolf pic.twitter.com/an3alIViwx