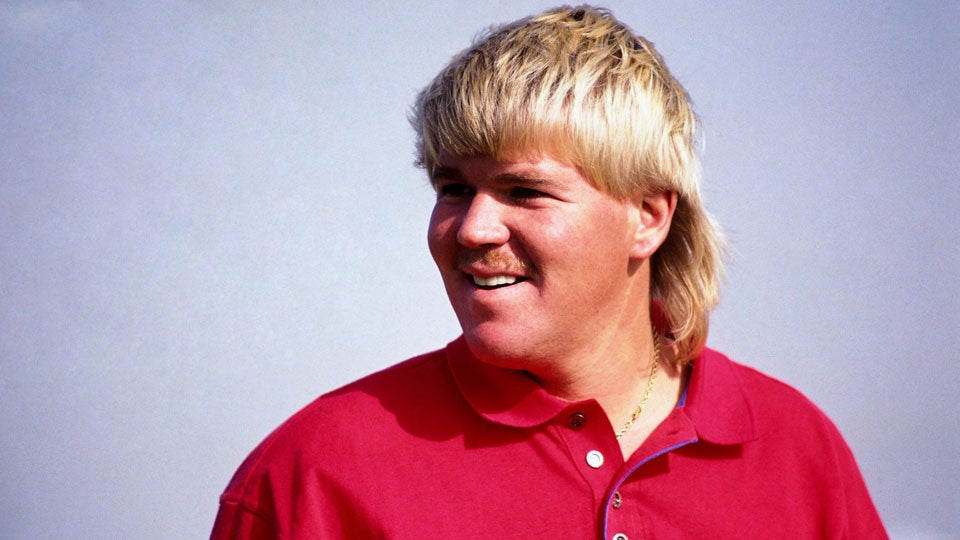 John Daly’s life has always been an open book. The latest chapter just happens to be a “30 for 30” documentary, Hit it Hard, which premieres tonight on ESPN at 8 p.m. EST. Though the film doesn’t drop any major bombshells (that’s hard to do when the subject is a man who has done so much of his own bomb-dropping over the years), it does deliver a handful of details that may surprise all but the most dogged Dalyphiles. Here are nine things the film reveals about Long John that will likely come as news to you.

1. The Origins of His Distinctive Swing

Daly got his first golf clubs when he was 4, an adult set that he never had cut down. The clubs were so long and heavy for him that when he took them back, they kept going and going. An ankle-scratching swing was born.

2. The Depths of his Father’s Abusiveness

Anyone familiar with Daly’s early years knows that his father was an angry alcoholic. Less well-known are the harrowing details of that rage, like the times the elder Daly would come home in such a fury that he would “put a gun in your eye.”

3. His Future Alma Mater Got His Name Wrong

In an early recruitment letter that Daly received from the University of Arkansas, the school misspelled his name, addressing him as “John Daley.”

4. How He Got Hooked on Cigarettes

Daly blames his cigarette habit on Steve Loy, his college golf coach at Arkansas (who went on to become Phil Mickelson’s agent), who, Long John says, suggested that Daly take up smoking to help lose weight. 5. From Crooked Stick to the Golden Arches

After his breakthrough win at the ’91 PGA Championship at Crooked Stick, Daly celebrated with dinner at a McDonald’s drive-thru.“I couldn’t cash the check yet,” Daly says, “so I really didn’t have any money.”

As Daly sees it, he’s “too ugly” for women to be naturally drawn to him. On the other hand, he says, “I love pleasing them.”

7. What He Put in the Claret Jug

En route to winning the ’95 British Open at St. Andrews, a then-sober Daly slugged back oceans of Diet Coke. But he didn’t chug the soda from the Claret Jug. He filled the vessel with chocolate ice cream instead.

During an especially self-destructive gambling streak, Daly won $40 to $45 million at the tables. Unfortunately, he says, he lost $95 to $98 million over that same span.

9. His Connection to Hollywood

One of the film’s most moving moments is supplied by former NFL star—and recovered addict—Thomas “Hollywood” Henderson, a close friend of Daly’s since the two met in rehab in 1993. Toward the end of the film, an emotional Henderson recalls the chilling instance, some 20 years ago, when he was awakened by a wee-hours phone call. Daly was on the line, revving his car engine, saying that he was on a mountaintop, planning to end his life. Henderson asked Daly to do him a favor: drive home. “So he went home,” Henderson tells the camera, his eyes welling up.