8 ways professional golfers spent their second week away from golf 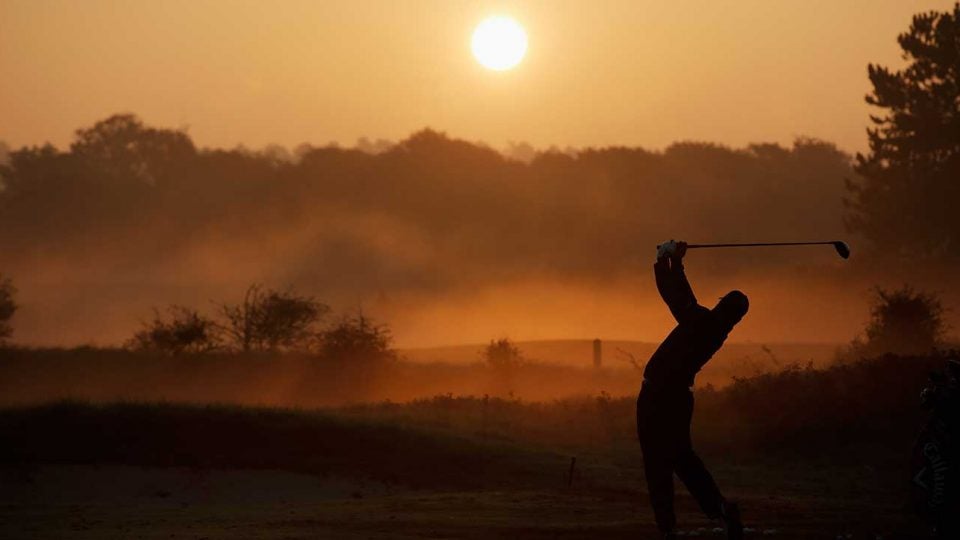 From Rory's workout to Rahm's film study, here's what you missed from pro golfers.
Getty Images

Suffice it to say, the golf world is getting weird in March of 2020.

Here’s what you might have missed from this week in the golf-less lives of PGA Tour pros.

News
#PlayingThrough: How the golf world is coming together to spread positivity

The world no. 1 sent a heck of a message to the quarantining public Sunday morning, posting his social distancing-conscious power-lifting workout plan on Instagram. As if Rory’s Saturday Peloton class weren’t enough, he threw down the gauntlet with a workout sure to keep anyone in shape, no matter how far you travel from home.

I feel like not enough attention has been paid to Bryson’s new Twitch stream intro pic.twitter.com/0Y1wkVuuja

Bryson DeChambeau is a serious gamer — serious enough to have his own Twitch stream. While Bryson’s been active on Twitch for months, he’s taken his stream to another level in the time off, debuting a new opening graphics package that’d even impress the folks at CBS.

Two weeks after Ian Poulter’s Tour career was put on pause, his racing career is getting revved up. Poulter’s no stranger to team sports, having won five Ryder Cups in his career. He is, however, a stranger to the esports world, in which he’s preparing for his Sunday night debut.

Poulter will participate in an esports race alongside Formula 1 racers and celebrities from around the world. The event is aimed at F1 fans who are missing their sport in the wake of coronavirus-related postponements.

Time on our hands! Trying to sort through the stash of clubs… Kate loves a label maker! #TidyGolfRoom pic.twitter.com/D8soticxXv

The double-edged sword of being a professional golfer is that in many cases, players have more clubs than they know what to do with. In Justin Rose’s case, the layoff provided the perfect opportunity to get around to organizing all those sticks.

Padraig Harrington and Luke Donald have been carrying the torch for the world of golf instruction, taking advantage of social media to share their tips for everything from cleaning up your short game to tweaking attack angle. But before you think about filming, remember there’s a reason why you don’t normally swing in your backyard.

While you’re bingeing Netflix, Jon Rahm is bingeing — yup, you guessed it — more golf. The Spaniard felt so strongly about his discovery of the treasure troves of retro golf footage available for free online he felt compelled to tweet about it.

Now, if only he followed GOLF’s lead and listened to A Pod Unlike Any Other, he’d really have historical knowledge.

Subscribe to our podcast by clicking the banner below, and scroll down for the director’s cut on things you gotta see.

Incredible. These three tee it up lefty and play better on their first day than half the golfing public. If you’re not feeling good about your game, do yourself a favor and skip over this link. My goodness.

I played golf using these guidelines and it was nice to get outside, be active and still be safe for myself and others. https://t.co/4azEQlESVx

Alright, for Phil’s standards he really hasn’t been on THAT much. But hey, maybe that’s because he’s been staying safe out on the course.