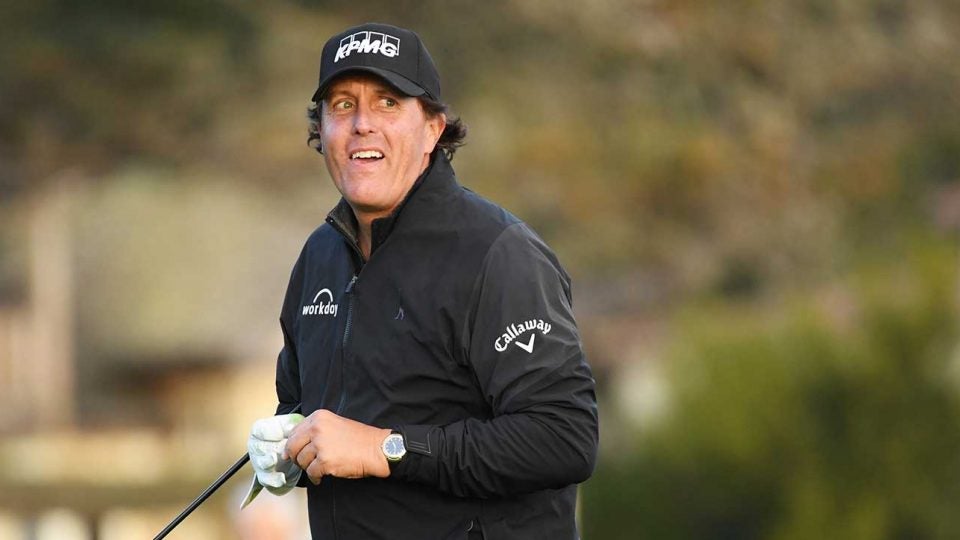 Phil Mickelson was the biggest player of the week.
Getty Images

7. The Best Agent in the Game

According to Mark King, the former TaylorMade boss now with Honma, it’s Mark Steinberg, who represents Tiger Woods, Justin Rose and Matt Kuchar, among others. “So straight,” King says of the agent. “Gives you a number and doesn’t play games.” Steinberg is a master of terse. Consider his recent response to David “El Tucan” Ortiz, the 40-year-old fill-in Mexican caddie who worked for Kuchar when the Tour veteran won the Mayakoba Golf Classic in mid-November, with its $1.3 million payday. According to Ortiz, Kuchar paid him a total of $5,000 and 10 weeks later, through a tournament official, offered to pay him an additional $15,000 bonus. Responding to an email from the caddie, Steinberg wrote, “What Matt has offered is fair.” Another agent might have rendered that sentence, “We believe what Matt has offered is fair.” But Mark Steinberg has — what’s a good way to put this? — his own sui generis style.

Frank Robinson, the baseball Hall of Famer who died last week, loved golf, lived in Los Angeles for years and played its public courses. Robinson was really straight. He told you exactly what he believed. I wrote about him when he became the manager of the Washington Nationals in 2005. He said he would have loved to play Congressional, in suburban D.C., but was certain the club would not welcome a black guest. Robinson was born in ’35, and knew racism and segregation first hand. I told Robinson that I knew somebody who would be thrilled to take him to Congressional. I gave Mike “Fluff” Cowan, a major baseball fan and a Congressional member, Robinson’s number. What happened from there I don’t know, but I do know what Fluff said as I handed him a piece of paper with Robinson’s number on it. “Holy s—, I can’t believe it — I got Frank Robinson’s phone number.” Fluff knew what I knew: the man was a giant.

5. Best Ride at the Genesis Open

The Genesis is a glamour car, made by Hyundai, and the players seem to be enjoying them as courtesy cars for the week. But the unofficial car of American golf has been, is now and always will be the Cadillac. Ben Hogan, Arnold Palmer, Fred Couples, Dolphus “Golf Ball” Hull all drove them, and Jay Monahan, the PGA Tour commissioner, was picked up in one from the Riviera clubhouse Tuesday night, the sleekest black Caddy you ever saw, closer to a Jaguar than the tank the town banker drove way back when. It was always the power car.

The last two guys on the range early Tuesday night at Riviera were Bryson DeChambeau and Rafa Cabrera-Bello. RCB’s swing is out of a picture book, it’s so pretty. BDC’s is a whack. Guys are teeing it lower and lower with the driver — Dustin Johnson most especially — but DeChambeau still subscribes to tee it high, let it fly. Upwind, downwind, crosswind, he tees it the same height. “I’m catching it on the upswing,” the scientist-golfer said. “Those guys” — that is, the low-tee guys — “are not.” He then started a charge up the steep hill that takes you from the range to the clubhouse. 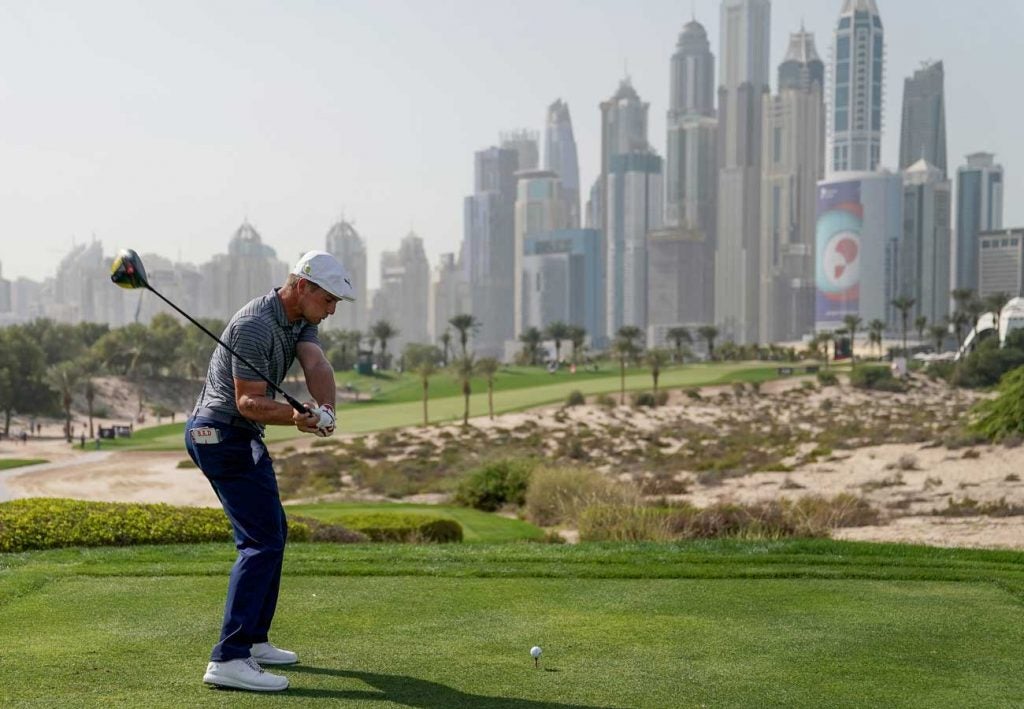 Davis Love is 54, but not the oldest player in the field. (Fred Couples is 59.) Davis used to have a caddie, John “Cubbie” Burke, who previously had caddied for Brad Faxon. All three are hockey guys, but only Cubbie is the size of an NHL defenseman. Big dude. On Tuesday, Love was remembering how Faxon helped Cubbie negotiate the hill from the 18th green to the clubhouse in the 1995 PGA Championship at Riviera: Faxon held his putter by its head, stuck the butt end of the grip into the small of Burke’s back and pushed him up the hill. He was a human funicular. After shooting a Sunday 63 in ’95, he could have pushed two Cubbies up the hill.

Justin Thomas, smartphone in hand, explaining the nuances of various new rules to eight or so observers, including his club-pro father, his caddie — and Bryson DeChambeau. Thomas was reading passages, giving demonstrations and showing a keen golf mind at work.