Scottie Scheffler has a five-shot lead heading into the final round of the 2022 Tour Championship.

After dangerous weather delayed the conclusion of the third round of the 2022 Tour Championship on Saturday, there will be plenty of golf to watch on Sunday as the third round concludes and the final round gets underway at East Lake Golf Club in Atlanta, Ga.

You can find full final round tee times for the tournament at the bottom of this post.

Featured pairing for Round 4

Xander Schauffele had pulled to within one shot of top-seed Scottie Scheffler’s lead through 12 holes of the third round, but Scheffler put the pedal to the metal on Sunday morning, carding four birdies on the remaining six holes to reach 23 under par, while Schauffele was one over on the same stretch.

That gives Scheffler a commanding lead of six shots heading into the final round — a total that makes his coronation as FedEx Cup champion appear to be imminent.

This is golf, though, so of course anything can happen. Scheffler will play alongside Rory McIlroy in the final pairing at 1:50 p.m. ET.

You can stream Sunday’s final round via PGA Tour Live on ESPN+. 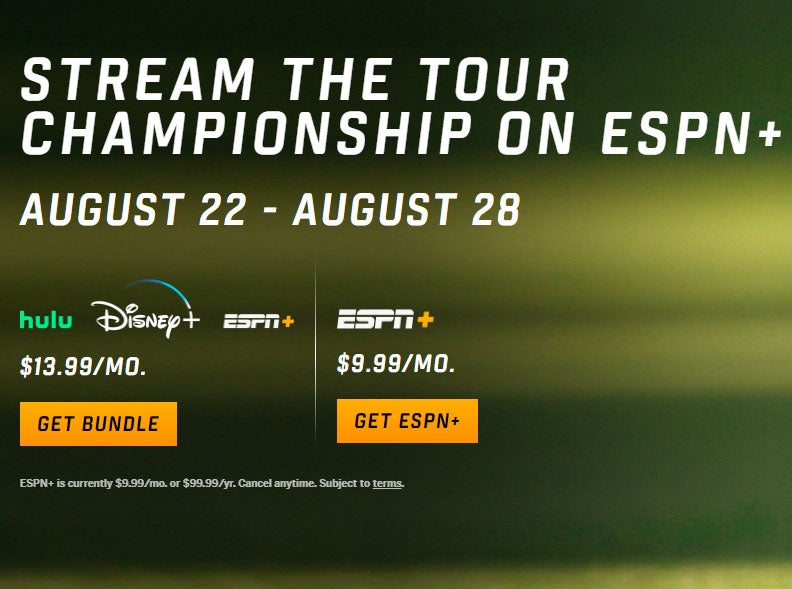 $9.99/month
With an ESPN+ subscription, you gain access to PGA Tour Live, where you can stream the best PGA Tour events live from wherever you want.
SIGN UP NOW

Browse the complete final-round tee times for the 2022 Tour Championship below.