When might the 2020 majors actually be contested? Here’s an educated guess 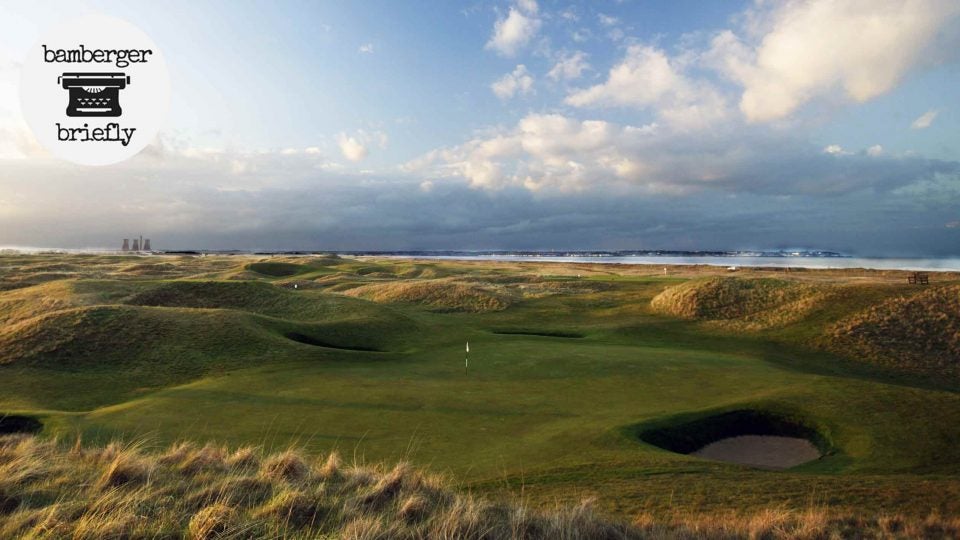 The Open Championship is still slated for Royal St. George's in mid-July. But for how long?
getty

Ed. note: Beginning today, and every weekday between now and when the PGA Tour resumes play, Michael Bamberger will offer a report in this space by 8 a.m. — usually, but not always, playing off the news. We like to give our guy room to roam, but not here: In Bamberger, Briefly, he’ll be contained to 500 words or less. He welcomes your suggestions and comments at Michael_Bamberger@golf.com.

There is virtually no chance that any of the four events will be played at their appointed times. Officials at Augusta National have already been making inquiries about having the traditional rite-of-spring event in mid-October.

We would take it then, right? Of course we would.

We would happily take a U.S. Open in September, maybe at Pinehurst, instead of Winged Foot in June, as originally planned. Pinehurst has the advantage of being rural, and one of the first goals for the USGA, if it is going to have a U.S. Open at all this year, will be to limit the size of the crowds. Also, the USGA could conduct qualifying events immediately before a September U.S. Open at the many superb courses in and around Pinehurst. That’s what the R&A does for the British Open. There’s plenty of daylight, plenty of hotel rooms, plenty of room for tents and trucks.

Royal St. George’s, where the British Open was scheduled to be played in July, is located in the tiny town of Sandwich, in Kent. It’s conceivable to have the event in late August there, five or six weeks after its originally scheduled time, but it seems unlikely. For one thing, part of the Open tradition is unlimited ticket sales. Its overlords could break with tradition, of course, but the R&A would do that with immense reluctance and likely not at all.

Tournaments
Report: U.S. Open at Winged Foot to be postponed due to coronavirus concerns

Daylight would be an issue and the field would have to be small — certainly not more than 144 players and likely closer to 120. But early November in San Francisco is spectacular — cool and dry. Maybe the first round could be on Tuesday, Nov. 3. Yes, that is Election Day. But the winner could raise the Wanamaker Trophy on Friday afternoon and then we could all get ready for some football.