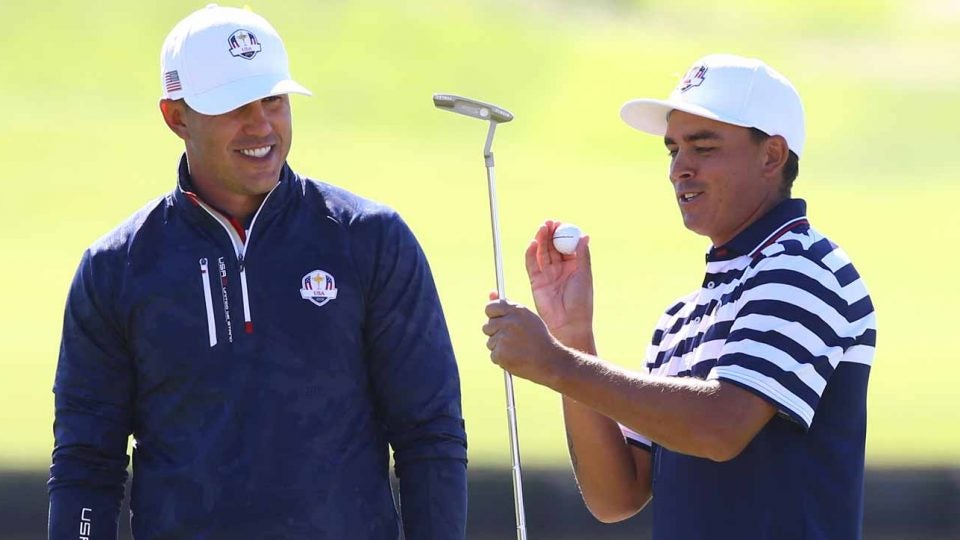 Brooks Koepka announced Wednesday morning that he will be skipping the Presidents Cup as he recovers from a knee injury. Rickie Fowler will replace him on the team as Tiger Woods’ fifth captain’s pick.

There had been speculation about the extent of Koepka’s injury, leading many to believe that an additional pick would be necessary. Woods may have tipped his hand the first time through, when he said leaving Fowler off the team was the most difficult part of the process. Still, Fowler hasn’t played since the Tour Championship and skipped last week’s Mayakoba Golf Classic with a bacterial infection.

The decision was announced in a Presidents Cup release that included a statement from Koepka:

“Today, I am announcing my withdrawal from the U.S. Presidents Cup Team because of my knee injury,” Koepka said in the statement. “I notified Captain Tiger Woods that despite constant medical care and rehab, I am not able to play golf at this time. I consider it to be a high honor to be part of the 2019 team and I regret not being able to compete.

Since my injury in Korea, I have been in constant contact with Tiger and assured him that I was making every effort to be 100 percent in time for the Presidents Cup in Australia. However, I need more time to heal.

I’m sorry I won’t be able to represent the Red, White and Blue this time around and I wish my teammates nothing but the best as they work to retain the Presidents Cup for the USA.”

Woods and Fowler each added comments of their own to the release.

“Brooks and I talked, and he’s disappointed that he won’t be able to compete,” said Woods. “I told him to get well soon, and that we’re sorry he won’t be with us in Australia. He would clearly be an asset both on the course and in the team room.”

He also spoke to the addition of Fowler. “I spoke to Rickie and he has agreed to join the U.S. Team,” Woods said. “Rickie has played on a couple Presidents Cup teams, was someone seriously considered for a pick and is well respected and liked by his teammates. I know he’s going to do a great job for us. We’re all excited about this year’s event. The course is outstanding, the fans will be loud and we’re playing against great competitors. We’re ready to go.”

“When I heard Brooks wasn’t going to be ready to play, I was bummed for him and the team,” Fowler said. “Then I got a call from both Brooks and Tiger. I was humbled and excited to be given the chance. These team events have been some of the most memorable weeks of my career. To be picked by Tiger to compete with him and the rest of the team is very special. It is impossible to replace the world’s No. 1, but I can assure my teammates and American golf fans that I will be prepared and ready to do my part to bring home the Presidents Cup.”

The addition of Fowler now means that all 12 players on the American team will be playing in the Hero World Challenge Dec. 4-7. They’ll head directly to Melbourne from there.