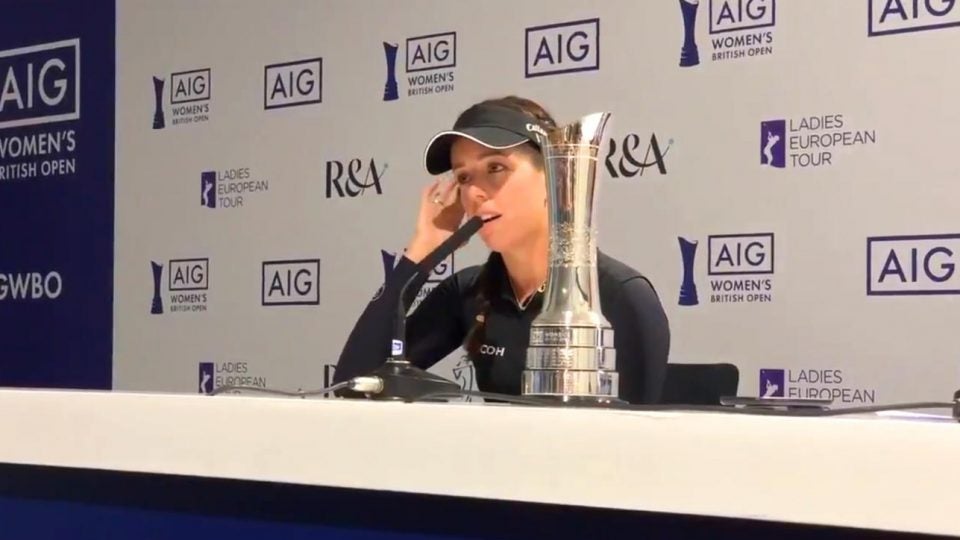 LPGA star Georgia Hall would love to win the Women’s British Open this week so she can finally put the beautiful winner’s trophy on her shelf. The strange thing is, the young English star has already won the Women’s Open. Unfortunately, she’s no longer in possession of her trophy, all thanks to some quick-acting thieves.

Ahead of this week’s Open at Woburn Golf Club in England, Hall revealed to reporters that her Open trophy from last year was stolen from the trunk of her car.

Hall was in London two months ago visiting IMG’s office when thieves smashed the back window of her car and fled with the trophy, which was enclosed in a box.

“I had golf clubs in there as well, but they didn’t take that,” Hall said. “So, a bit strange.”

Hall reported the theft to the police in the immediate aftermath, but there was no security camera footage from the parking lot, so investigators had practically nothing to work with to find the suspects.

Hall admits she felt “a little bit silly having it in the car,” but it was there for a good reason: In an ironic twist, Hall brought the trophy along so she could have all the past winners’ names engraved on the jug. Hall’s version was a take-home replica of the original, which features all the winners’ names, much like the Claret Jug that’s awarded to the men’s Open champion.

As for the current whereabouts of the stolen trophy, Hall has no idea, but she speculates it met an unfortunate fate.

“They probably melted it down,” she joked. “Probably in the bin.”

Hall fired an impressive five-under 67 in the final round of last year’s Open at Royal Lytham & St Annes to capture her first LPGA Tour victory. She will begin her quest for a replacement trophy when she tees off in the opening round of the 2019 Women’s British Open Thursday morning.