PEBBLE BEACH, Calif. — Despite high hopes from golf fans coming into the week, it’s not going to happen for Tiger Woods at the 2019 U.S. Open.

After grinding out a one-under 70 to start his tournament, he followed with rounds of 72 and 71 before starting with back-to-back bogeys on Sunday.

So, what was the cause of the Masters champ’s substandard week? The cold weather-induced back pain certainly didn’t help matters; his ball-striking didn’t look quite as locked in, and it was never more clear than on Pebble Beach’s comparably easier front nine.

As Woods prepared for his final round, Fox Sports used a drone shot to give us both a beautiful shot of the holes, and an illustration of Woods’ struggles. 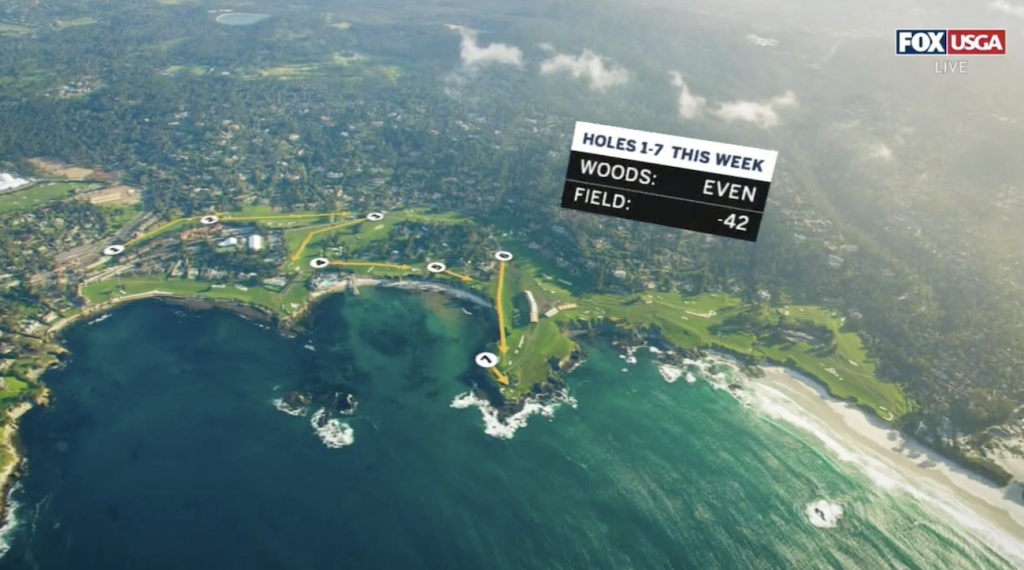 As you can see, that’s not great, and it got even worse on Sunday. Woods started bogey-bogey-par-par-bogey-bogey. After his poor shot into the 5th hole, Woods flashed a look that pretty much summed up his week. 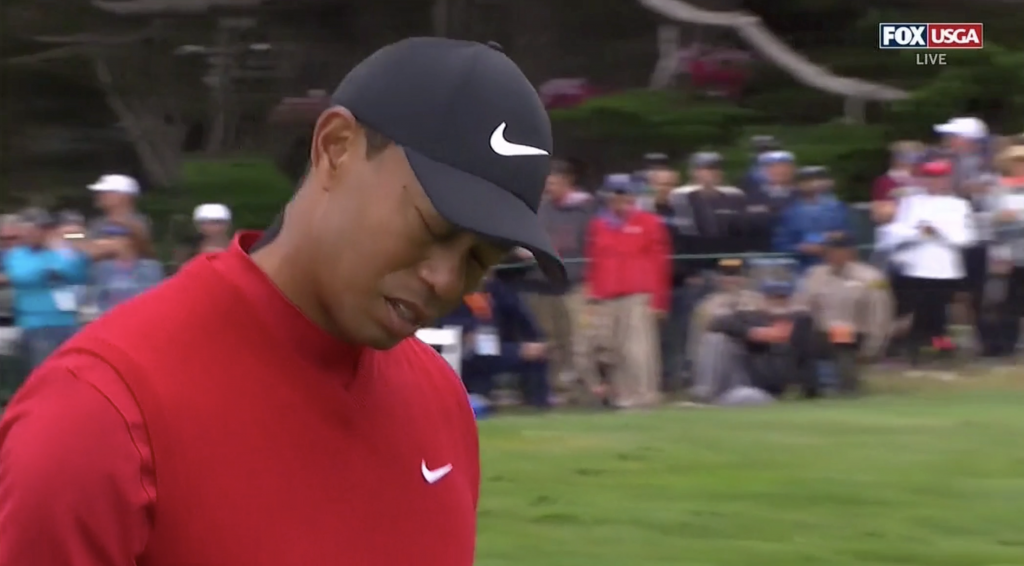