PEBBLE BEACH, Calif. — I’m not going to lie: I like my U.S. Opens tough. High heat, long rough, hard greens, complaining. I love it all. At the 2019 U.S. Open, I look at the leaderboard — at all that red — and I can’t help but feel a little disappointed, irrational though it may be.

But on this occasion, I understand, because it was a weird confluence of events that forced the USGA’s hand, and it’s hard to argue they didn’t do the right thing.

It all started with the weather. Here it is for Pebble Beach, every day, over the past month. As you can see, for every day in the two weeks leading up to U.S. Open week, the weather was cloudy and hovered around 65 degrees. It’s why they call it June gloom. 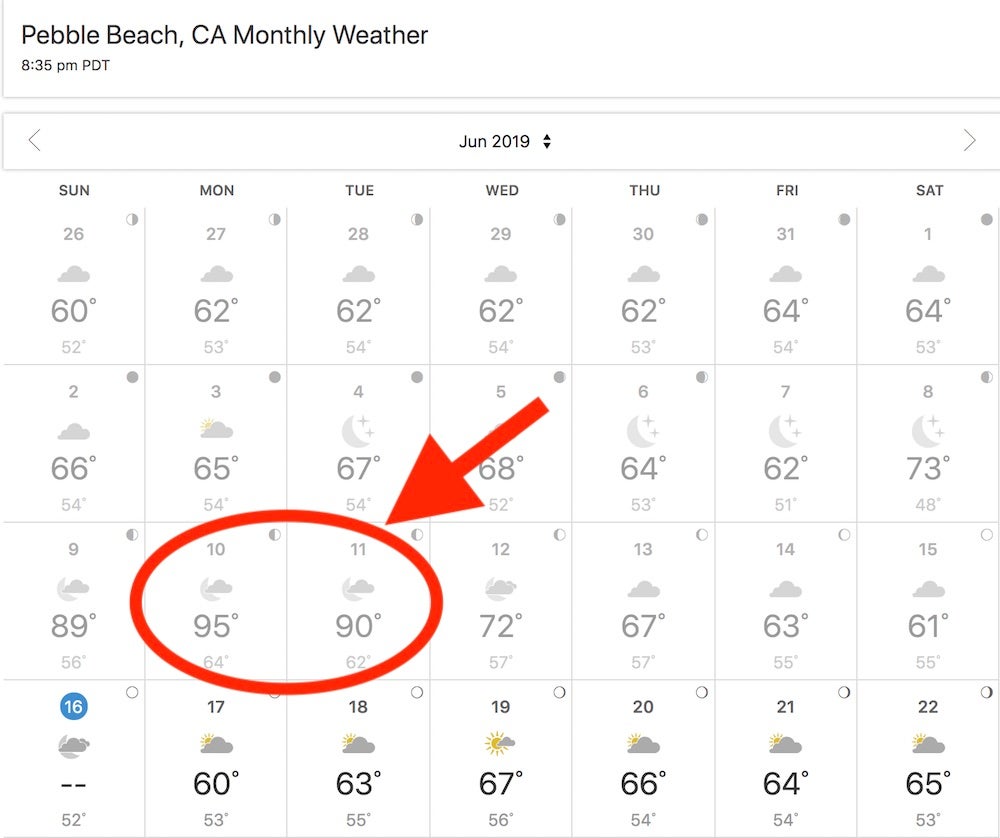 And that was a problem.

Renowned putting coach Phil Kenyon, who was out studying the course the weekend before the tournament, said tweeted that the course had gotten “very, very” firm during the weekend ahead of U.S. Open week.

The course was very very firm on Saturday prior https://t.co/RoHvhxey2O

It sounds like the course was, basically, in the shape the USGA wanted it — firm and fiery. But because the site got unseasonably warmer in the forthcoming days, they were presented with a problem they didn’t anticipate: The course was baking too much, too soon. Tournament officials had to act.

To combat the heat, tournament officials reportedly dumped 400,000 gallons of water on the course — twice the normal amount — to keep the course from becoming unplayable. Considering all the criticism it got in the buildup to the event, it had no other choice, and it was undoubtedly the right call.

But just as that happened, the weather cooled down again, trapping all that moisture in. It left the course soft and scorable, with a gluttony of red numbers on the U.S. Open leaderboard. 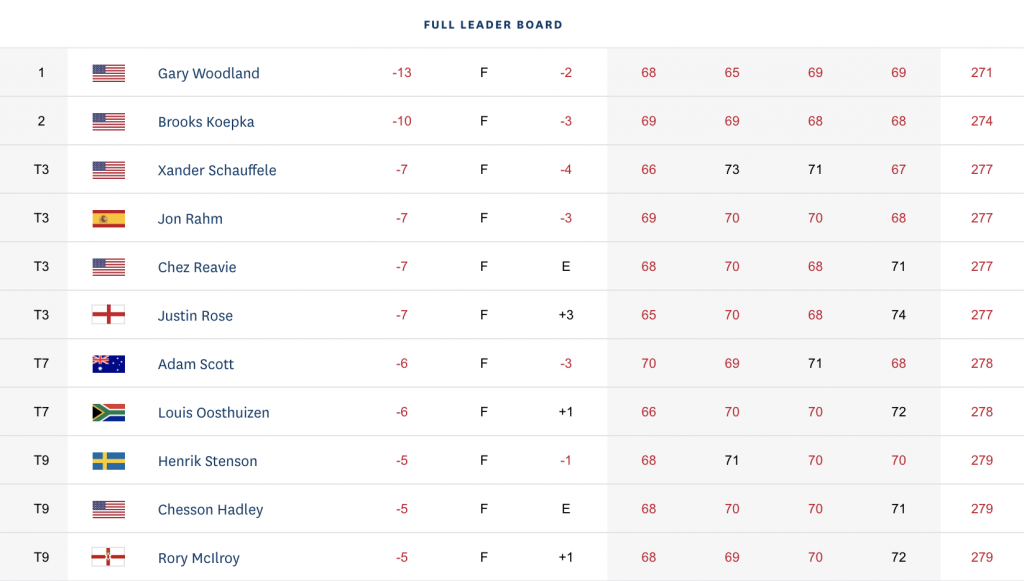