British Open 2019: Bad weather is about to throw Royal Portrush into chaos

PORTRUSH, Northern Ireland — The sun shone on the 2019 British Open, and it caught everyone by surprise.

“Enjoy it while it lasts,” one townsperson told me. “This isn’t the Irish weather we’re used to.”

All week the weather has cooperated. It was glorious on Monday and Tuesday. Intermittent rain during the tournament days came and went without much fuss, and was seldom more than a sprinkle. Saturday was the most scoreable day of all.

The only day the heavens truly opened was during the Wednesday practice round, when players had the luxury of simply going inside. On Sunday, the full fury of the Irish weather will be unleashed once and for all, and the players have no option but to take it.

With gusts expected up to 35 miles per hour throughout Sunday, potentially jumping to 40 mph later in the afternoon, along with a quarter of inch of rain, the R&A made the decision to push tee times up about two hours for the final round. 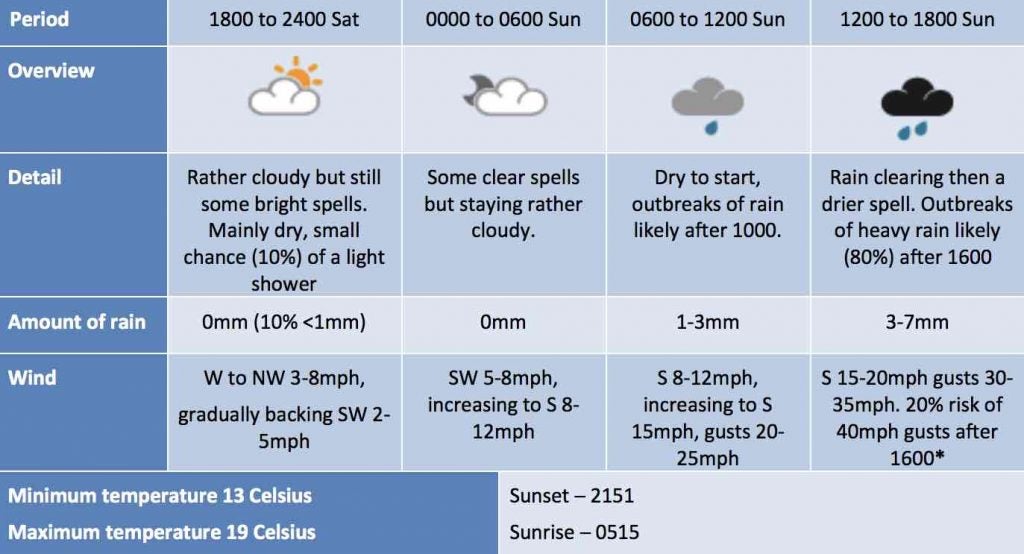 On the face of it, it seems like the wrong call. This is The Open. Trying to avoid bad weather at The Open is like asking for less chocolate in a hot chocolate.

But consider the details, and it starts to seem like the correct decision.

Sunday tee times have been moved forward due to the adverse weather forecast. The first tee time will be at 7:32am with the leaders beginning their final round at 1.47pm #TheOpen pic.twitter.com/5SHjs3SACX

R&A officials say they take a cumulative approach to decisions like these, consulting a variety of different experts.

If the wind gets to 40 mph, balls aren’t staying on greens for the leaders. If the course begins to flood, the tournament isn’t finishing on Sunday. Potentially the same if it goes to a playoff. Even if none of that happens, spectators will be departing in the worst of the bad weather, as darkness begins to fall. This decision is not just about the players. It’s also about the safety of the traveling fans. 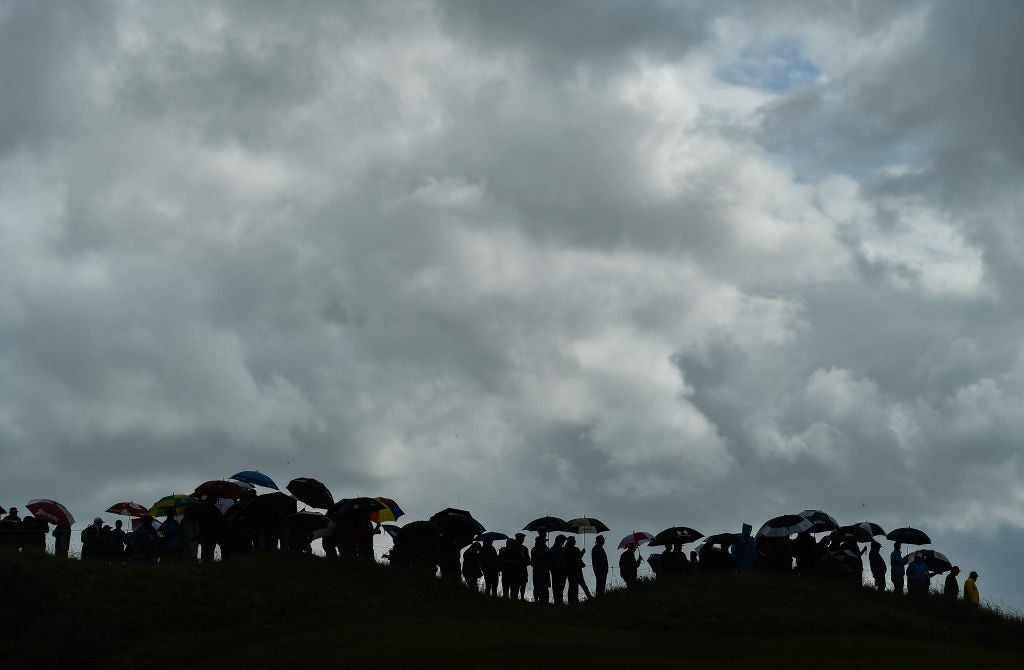 Shane Lowry’s four-stroke lead, when he stares down the OB-lined first hole as the rain falls and the wind howles, will feel like just one. If that.

“10-, 15-mile-an-hour winds and raining, this place will be a completely different kettle of fish,” Danny Willett, who trails by nine, said. “This place will grow some teeth again.”

“It offers you a little bit more hope than if it was a benign day,” says Justin Rose, who goes into Sunday seven back.

When the worst of the weather begins to roll through as the leaders make the turn, those further back will be finishing up. The aggressive mantra of the chasers will leave many by the wayside, but somebody’s round will catch, and as the weather roars through, don’t be surprised if the trophy falls to them.

“I’m going to be in aggressive mode,”  Tony Finau says as he seeks to overcome a nine-shot deficit. “It’s trying to win the tournament. I’m not trying to come close.”

The leading score will likely slip from the 16 under it ended at on Saturday. Bad weather makes scores bleed. The doubt creeps in, the panic grows.

Bad weather is the X-factor we’ve all been waiting for, and on Sunday at Royal Portrush, it will finally come.